While I might one day do an article later about how to deal with your insurance company and fight for the eating disorder treatment you need, today is not that day. Today's post is borne out of pure frustration.

You do realize that eating disorders are real illnesses, right? They're not "just a phase" or "attention-seeking" or something we can "get over." They're just as real as bipolar disorder, schizophrenia, breast cancer or lupus. So why are you so bent on resisting hospitalizations and treatments for eating disorders, but not these - when eating disorders have mortality rates of 20-30% depending on the research study?

I know it's hard to look at eating disorders as real illnesses sometimes - after all, we are the ones that continue to engage in the behaviors. And to be sure, only we can choose recovery. But we don't choose to have an eating disorder. Some recent research has shown that at least some of the cause of eating disorders might be genetic, something that we as sufferers have absolutely no control over. Factor that in to a culture obsessed with unrealistic body ideals and an obsession with diets and we're pretty well screwed from the start.

Most clinicians would agree that there are two great predictors for a full recovery: nutritional restoration (whether this means gaining weight, losing weight, regulating eating without bingeing/purging) and early intervention. 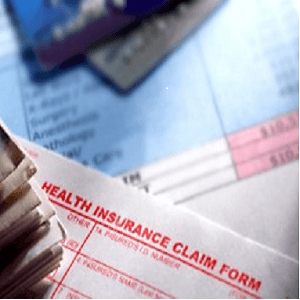 Early intervention - within the first year of exhibiting symptoms - can drastically improve the prognosis for men and women suffering from eating disorders and completely change the direction of their lives. But, of course, not all of us are suffering severe physical consequences during the first year of our eating disorder, which seems to be how you decide if we are in "need" of treatment.

It's bad enough that for 99.9% of us, our eating disorders tell us that we aren't "sick enough" to need or deserve treatment. Then to have our insurance deny claims because, essentially, we're not "sick enough"? Do you understand how that can mess with our brains? I've heard stories and known people who have done everything in their power to get "sick enough" for you so that they can finally get treatment for their eating disorders. That is heart-breaking and utterly wrong.

Maybe, just maybe, if you would give us the access to care that we need early on, things wouldn't have to go so far. If you would cover intensive outpatient treatment or partial hospitalization for as long as it's needed early in the course of the eating disorder, perhaps we'd be able to shake this monkey off our backs a little sooner - even if we don't meet your criteria for being "sick" yet. Pay for our treatment before our hearts are giving out, before our electrolytes are imbalanced, before we are surviving off 300 or 500 calories a day, before we are purging 10 times a day.

And because - of course - it's all about the money, consider this: Early intervention could save you hundreds of thousands of dollars down the line. If we could get into treatment sooner, before things hit critical mass, maybe the relapse rate wouldn't be so high. Maybe a huge percentage of us wouldn't be bouncing in and out of treatment centers for years at a time. Maybe we wouldn't develop osteoporosis or get esophageal tears or have heart attacks that you, again, have to pay for and which you usually don't fight nearly so vigorously as our psychiatric treatment.

Does this not sound like a win-win situation to you? Eating disorders are only growing more prevalent in our society. Just because you want to ignore them or push them to the side doesn't mean they're going away. But perhaps, with a little help from you, we could start to turn the tide. We could be looking at less "chronic" eating disorders and more recovery stories, which in turn creates more hope for those of us suffering.

I know it's not all your fault. I know part of the blame rests on doctors and psychiatrists and therapist who won't diagnose an eating disorder until we have met all the BS criteria laid out in the DSM. That's another story for another day.

But you can be part of the solution.

Lets hope that insurance companies may soon start this also in the coming future.

The early intervention piece is key. Why can't they see its a win-win?

AMEN!!!
I really wish we could get a response.
You raise such excellent points.

Thanks, Missy!
I'm sure there are a few campaigns devoted to getting some sort of response from the insurance companies. Perhaps we should check that out. And if there's not -- maybe we should start one!
Jess