A Year of Shock Therapy for Major Depressive Disorder 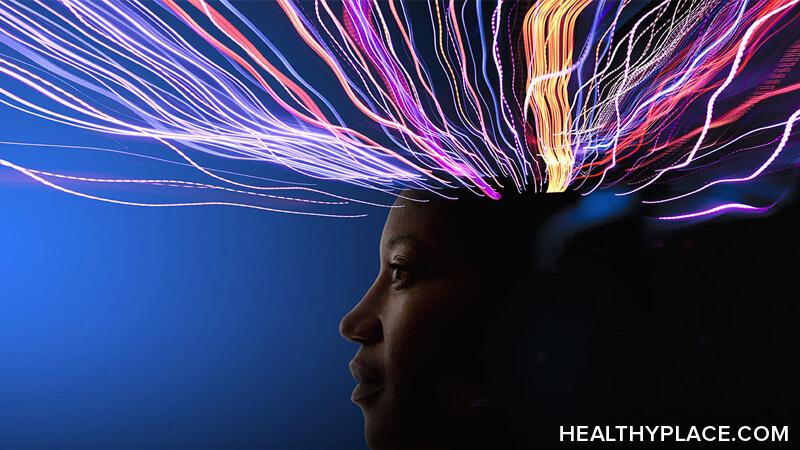 When we started shock therapy for major depressive disorder, my daughter was very ill. She was unable to attend her college classes, hold a job, care for her hygiene or socialize with friends. She lived in bed.

The Commitment of Shock Therapy for Major Depressive Disorder Is Intensive

Because patients may not drive after an ECT treatment, a family member or friend must accompany them to treatments in order to drive home. While some patients take taxis, my daughter needed the moral support of waking from anesthesia to find me beside her bed.

Consequently, this last year has required an enormous commitment of time and energy on my part.

My daughter began having ECT treatments three days a week. She’d fast eight-10 hours before, go for a treatment in the early morning and come home to sleep off the anesthesia until the late afternoon.

We did that for a couple months and both her life and mine began to revolve around her ECT schedule.

In the beginning, her ups and downs were marked. She’d be happy and productive the afternoon of treatment and at the beginning of the next day, but would soon be crashing. As we continued, however, the treatments began to stick for longer.

We began weaning her back. She had therapy treatments twice a week, then once, then every other week and then once a month as we followed the same pattern for longer and longer periods.

ECT for Major Depressive Disorder Can Be Emotional for Parents

But in addition to the time commitment, there was the emotional support. My daughter’s first treatment was difficult. She awoke with a terrible headache and wicked anxiety. She thrashed and screamed in pain despite the medical staff’s best efforts. And while my daughter would not remember the episode, it was burned into my brain.

Frankly, I was ready to never do it again, until my daughter woke up that afternoon a changed person.

That change and my daughter’s desire to continue convinced me to try shock therapy for major depressive disorder again. It forced me to overcome my own emotional hesitancy and commit to my daughter's wellbeing. This time the staff was prepared for my child’s pain and anxiety. She was given strong doses of medication in her intravenous line before she woke and has not suffered any pain (or only minimal pain) since that first time.

The difference in my child’s life in this year is remarkable. She has a life—and I was unsure if she would when we began. But, more than that, she has a productive, fulfilling, and most of all, happy life.

The commitment to ECT has been enormous. And yet, the payoff has been huge. I’m not sure how long this cure will stick, but for however long it is, it was definitely worth it.

But, don’t take my word for it. In this video, my daughter will tell you how ECT has helped her.

APA Reference
Traugh, S. (2017, September 17). A Year of Shock Therapy for Major Depressive Disorder, HealthyPlace. Retrieved on 2022, May 22 from https://www.healthyplace.com/blogs/parentingchildwithmentalillness/2017/09/a-year-of-electroconvulsive-therapy

How We Change the World for Our Children with Mental Illness
Childhood ADHD and Lying: Be Careful What You Punish
Angela
November, 22 2017 at 3:06 pm

You do realize we aren't doing this for fun. It's a last ditch Hail Mary to become better

Angela, I refused to do ECT for over two years because I was appalled by the idea of it. We tried every conventional and alternative treatment we could think of before we did this. During that time, the professionals I respected the most suggested ECT for my daughter, one after the other.. Even then, I argued with them and rejected their counsel despite the fact that I really trusted them on all other matters. But, eventually, my daughter had no quality of life. Her only ambition was to end her suffering as she searched for ways to die. I began doing my research on ECT. I talked to patients who'd had it. I consulted with those professionals I admired and even talked to a couple who were opposed to find out why. I did my due diligence. I took my responsibility very seriously. But, we'd run out of other options, so we tried it, and for us, it was an absolute miracle. With it, my daughter has finished college, she has a job, she's socializing with friends, she's cut back on meds, begun to exercise and lose weight and has a thriving social life. You don't need to remind me what I should "realize" about this treatment. I have lived the fear and the realization in a very deep and profound manner. I understand that ECT has had negative effects--maybe terribly negative effects--for a minority of people and that makes me deeply sad for them as I am sad for them when any treatment goes bad and suffering people are either not helped or are actually harmed. Unfortunately, more accepted treatments had already harmed my daughter greatly and threatened her life more than a few times. Until, for us, ECT offered nothing short of a miracle in my daughter's life and I do want to offer that information for others who might be suffering. Thank you for your comment and if you, too, are suffering I wish you the best on your healing journey.

Hi Truth. Again, I am so sorry that you have suffered such trauma from ECT. No one should have to go through that. Rest assured that your voice and opinion will be honored in that anyone who reads my post will be able to see your comments stating your point of view and listing the name of your articles and the doctors you suggest. However, I stand by my the findings of the National Institute of Mental Health https://www.nimh.nih.gov/news/science-news/2016/facebook_q&a_on_ect_summary_152424.pdf and their findings that "Research shows that ECT does not cause measurable brain damage" as supported by these sample studies http://www.ncbi.nlm.nih.gov/pubmed/18515903 http://www.ncbi.nlm.nih.gov/pubmed/12900317 http://www.ncbi.nlm.nih.gov/pubmed/15177085 http://www.ncbi.nlm.nih.gov/pubmed/18191459. And that "studies done on the effects of modern forms of ECT on brain structure have found no evidence of brain damage" (as documented in their studies with the same address 19782728; 17548979; 14992989 and 8010381.) That said, I realize that it doesn't make your experience any less real or relevant to the conversation and my sincerest hope is that you can find some treatment that provides you with the miracle turnaround my daughter found.

Thank you so much for sharing your experience. My daughter has terrible depression with psychotic features. Most medications failed after a few weeks/months. We are looking into ECT now and I am hoping she is a candidate. My one worry is that she is in High School. Could your daugther do any school work during the therapy time (this wouldn't make me not do it, but I just want to be prepared.
).

Hey Susan!
Wow, first of all I'm so glad that this has helped your daughter the way it has. It is certainly a miracle since ect is devastating for most people, including myself. I can relate to what you describe your daughter feels like, cause I felt the same way after ect, unfortunately that "euphoria" or "happiness" was very short lived. After that I became even more depressed than before and got emotionally blunt... Up until today. It's been 16 years and only small improvements. Again, I'm happy that it was a miracle for your daughter, and hope that she stays that way, cause to be honest, most of us have lost our lives, careers, memories forever. In this regard, it is important to be careful with your blogs and not only tell the story from your perspective, but also listen to our perspective so that people who read you becime aware that ect can be VERY dangerous and brain damaging for most people. It's like a russian roulette where only 1 in many seem to be "cured". Unfortunately this "cure" is far from definitive or permanent. Hope it is not your daughter's case.

Hi ShockedB4. Thank you for your good wishes for my daughter, I appreciate it. I'm so sorry to hear that ECT has caused you such distress for so many years. I would not wish that on anyone. Unfortunately, everyone's body is different and responds to treatments differently. This daughter was given a well-known antidepressant and had a life-threatening reaction to it. Yet, the same drug did wonders for my younger daughter. I cannot fault the drug--even though it nearly killed my older daughter--because it did exactly what it claimed for my younger child. Despite the fact that they are both mentally ill or that they are both my biological daughters, my two girls are different and react differently to medications and treatments. Meds did not work for my older girl, but ECT did. It also "...reversed some of the detrimental effects that depression has on the brain" as cited by Dr. Lisanby and the National Institute of Mental Illness https://www.nimh.nih.gov/news/science-news/2016/facebook_q&a_on_ect_summary_152424.pdf. Three months into her treatment, ECT allowed my daughter to work for the first time. Today she has been employed for over nine months and has been promoted to a classroom teacher for her preschool. It's something I'd have never thought possible a year ago. I hope you can also find some treatment that provides you with the hope and help that my daughter found no matter what that treatment might be.

The "cure" "sticks" for a few weeks or months until the brain injuries heal. Then the patient has their usual depression plus the cognitive problems and memory issues. Usually, doctors press for "maintenance" ECT, suggesting more electrical trauma and grand mal seizures will be beneficial. Two you tube videos loved ones and potential consumers should watch are: "Brain Damage Therapy (ECT)" and "Simple Truth 10: Electroshock is Brain Trauma" by Peter Breggin, Harvard trained psychiatrist with 40 plus years experience.
I would like to see Healthy Place print two articles describing the opposite experience of ECT, which Dusan Kohlar's recent study has shown causes permanent disability in over 30 percent of people given ECT.