Don't Say This to Parents of Children with Mental Illnesses

Don't deny the illness. Five years ago when my son Bob was diagnosed with bipolar disorder, my mother tried to convince me the doctor was wrong. Even recently a family member suggested my son would outgrow his mental illness and not require medication in the future. Believe me, I wish my son didn't have a serious, lifelong mental illness but he does. These well meaning comments confuse me. They also can derail critical treatment.

Don't Give Solutions to Parents of Mentally Ill Children

Here's something not to say to a parent of a child with a mental illness: don't give advice or solutions. This is huge. Yes, he's tried therapy, counseling, psychologists, psychiatrists and medications. Bob had an individual education plan at school with home-bound and emotional support placements. I watch my son's diet, exercise, sunlight exposure, sleep and electronics use. He doesn't smoke, drink alcohol or use drugs. No, he is not on a gluten-free, organic diet. When you kindly offer me advice or solutions, it makes me feel like you think I'm not doing everything I can for my child. It's extremely frustrating for me. There is no silver bullet. I know this.

What Not to Say to Parents of Mentally Ill Children: Don't Blame the Parents 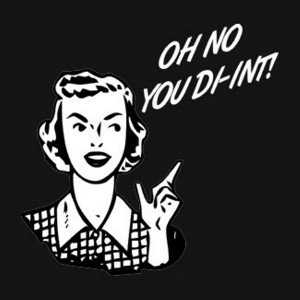 Don't blame the parents. Too often parents of children with mental illness are judged to be bad parents because of their child's bad behavior. In the past, traditional parenting methods made my son Bob's behavioral symptoms worse. Taking away my son's phone is not going to make his social anxiety disorder go away. His phone is a source of safety for him, so he keeps it. That doesn't make me a bad parent or Bob a manipulative teenager. Tough love does not cure mental illness (What Works When Disciplining a Child with Mental Illness).

Don't call my child names. He's not a psycho, druggie or troublemaker. The weather is not bipolar. Your fastidious neighbor does not have obsessive-compulsive disorder. Name-calling makes light of mental illness and promotes stigma. Would you make fun of a child with leukemia?

Don't dismiss my child or me. I'm very open about my son's mental illness. If you ask me how Bob is doing, I will likely tell you he missed a week of school recently because of his bipolar depression. When you awkwardly say nothing or change the subject, it hurts me. Say something, but don't ignore my child with mental illness.

Tags: Parent of Child with Mental Illness What not to say what not to say to a parent of a mentally ill child Parenting - TV Show Blog

APA Reference
Halli, C. (2015, March 15). What Not to Say to a Parent of a Child with Mental Illness, HealthyPlace. Retrieved on 2023, January 30 from https://www.healthyplace.com/blogs/parentingchildwithmentalillness/2015/03/what-not-to-say-to-a-parent-of-a-child-with-mental-illness

Mood Disorders in Teens Is Not Normal Moodiness
What to Say to a Parent of a Child with Mental Illness
Faith
May, 9 2018 at 8:16 pm

I am the parent of a 13 yr old ..whom at the age of 9 was diagnosed with early onset childhood schizophrenia.. my biggest pet prieve is when people tell me and my son he is possessed... how do you explain to a child who is already dilutional not to pay those comments any attention.. for every step forward these kind of statements knock him down ten times fold......

I'm sorry that I did not find this blog until after its completion. As a mom of a mentally I'll teenager I have often felt judged and questioned. Well meaning friends and family have assured us that our daughter's condition could be mediated if we just put together the right "team". We have also been told that when she matures she will wake up and want a better life. This was probably the most hurtful comment because it was made to our daughter by her grandmother. I know that my mom wants only the best for our daughter, but the comment left our daughter feeling like even the people who know her best think that she is choosing mental illness. Thanks for listening

I feel like people who say those comments that are ring criticized in this article have positive intentions. They want to reassure parents or help give resources or ideas. The tone of this article understandably comes from a point of frustration, but I feel it would be a more effective catalyst for change in people's comments would be to list what TO say to parents who have a child facing these afflictions. How can you family and community support you? This information is what we are seeking.

Hi Charlie,
Thanks for your comment. I agree with you that most people who say the wrong thing probably have good intentions. My next blog will cover What to Say...I hope it will help your family and community support you.

Hi Christina, Its tough to contribute to an article like this. It sounds much too much like you would rather no one speaks to you. Especially when they are uninformed or unable to relate at your level of understanding about your sons needs. Let me just say this, As you have learned to deal with your son, you will need to learn to deal with persons that do not understand mental illness. They are fortunate that their life events have not caused them to address the distress of an individual with mental illness or some other life disability. But better yet, you have been. There is so much more to learn from a person with a mental illness that it will always enrich your life in ways that others will never understand. Its like getting to travel to a foreign country and learning the customs and social characteristics of another culture. My son is 27 now, and although he lives with his mom and does not visit any longer. I will never forget him.

Hi Marc,
Thanks for your comment. I agree with you that raising a child with mental illness includes dealing with and educating persons that do not understand mental illness. That is exactly the intention of this blog and my next blog about What To Say.