Parents Look to Other Parents When Professionals Fail to Provide Comfort

I don't trust celebrity parents when it comes to parenting advice. Color me cynical, but I just don't think Angelina Jolie is any authority on potty-training anymore than Madonna would be on talking to your child about sex.

But you know what they say about desperate times calling for desperate measures. 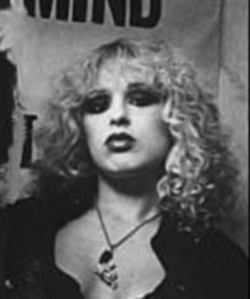 A few years ago, I set out on an almost-stalkerish campaign to find Deborah Spungen, the mother unwittingly made famous by her infamous daughter, Nancy Spungen--girlfriend of punk rocker Sid Vicious.

I learned the Spungen story in high school when I fancied myself punk. Nancy, a heroin addict with a lifelong history of violent and destructive behavior, put today's tabloid princesses to shame with her antics before being murdered by Vicious (presumably; he died of a heroin overdose himself before the murder case went to trial).

The following is from my personal blog, written at the time I began my quest to find Deborah Spungen:

I don't know why, but the story fascinated me... I went so far as to write a paper on the book for my English class. Back then, I regarded Nancy's life with a sort of warped interest. Today, I regard it with a sense of dread.

Am I the next generation of Debbie Spungen?

It's been almost 30 years since that fateful day at the Chelsea. Debbie Spungen is about 70 years old now and probably just wants to be left alone. But I find myself really wanting to talk to her. To ask her about the little girl who left her shaking her head, dumbfounded. To look for similarities. Or differences.

Indeed, most of Mrs. Spungen's life has been devoted to helping parents of murder victims--not parents of children who seem destined from birth to be murdered (or, heaven forbid, commit murder). What on earth could she have to offer me? What was I looking for, exactly? 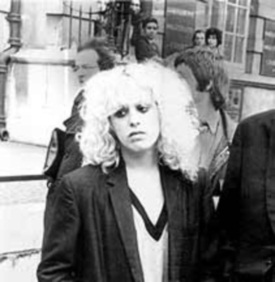 I suppose I wanted what any parent of a child with psychiatric illness wants--to be told, by someone who's been there, "don't worry, honey, it'll all be okay."

Perhaps part of Mrs. Spungen's attention to the end of her daughter's life is a way to shield herself from the years preceding. It could be the world is much more kind to her since Nancy's demise than it ever was before.

Rumor has it Mrs. Spungen hasn't been in good health these days, so I won't pursue her any further. I do hope she's found a modicum of peace in the past 30-odd years, and I hope my own story (and Bob's) will see a happier ending.

APA Reference
McClanahan, A. (2011, June 18). Parents Look to Other Parents When Professionals Fail to Provide Comfort, HealthyPlace. Retrieved on 2021, July 27 from https://www.healthyplace.com/blogs/parentingchildwithmentalillness/2011/06/parents-look-to-other-parents-when-professionals-fail-to-provide-comfort

Indefinite Psychiatric Diagnoses Challenging for Parents
Outing My Child's Psychiatric Illness: When to Disclose It?
mef123
June, 18 2011 at 7:38 am

I worry about the same things. My son has such anger that it worries me for his future. I like reading blogs like yours because it lets me know that I'm not alone. And hopefully they will be okay on the otherside. I just wish I could see it now, see 10 years into the future. Or more.
Thanks for being here for people like me.
Michele

Michele--big, big hugs to you.