If you listen to my audio posts, you know I was rather unhappy with Bob last Thursday afternoon. It seems he'd spent the majority of the past 48 hours being completely unruly (to put it mildly), including shoving classmates, throwing pencils at his teacher, and being a general pain.

And the school music program, which Bob was required to attend as part of his music grade, was in just a few short hours. 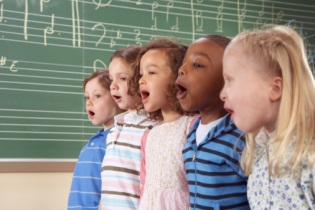 I have often wondered--to myself and aloud--how much of Bob's behavior issues are out of his control, and how much are just him being...him. Either way, something snapped in my Thursday afternoon. I was tired of it. Tired of the phone calls, the meetings, the worrying, the wondering. Tired of always questioning whether I'm "doing it right" or not.

After dinner, I informed Bob he was being stripped of more or less all of his privileges, that they would be earned back by appropriate behavior both at school and at home, and that further incidences like Wednesday's would not be tolerated. And that if he so much as made a goofy face or put up "bunny ears" behind someone's head at the evening performance, I would march to the front of the auditorium, pull him offstage and drag him kicking and screaming out of the building. All of this was said in as low and quiet a voice as I could muster, as I didn't want to give the impression I was just bluffing in my angry rant. (Apparently, the more quiet I am, the scarier I become--my husband later told me was trying to be on HIS best behavior while I was giving my shpiel.)[caption id="attachment_785" align="alignleft" width="325" caption="doesn\'t he look happy to be there?"] 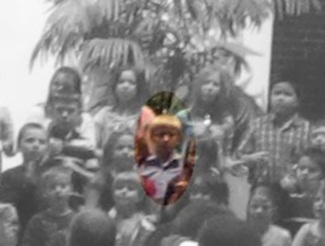 I took Bob to his music program and held my breath. Dare I say, he did a fantastic job. He performed all the little movements and motions, he didn't let his prop (a hat) get him into trouble, he didn't shove anyone, he didn't fall off the risers (like he did last year), and if he didn't know the words to all the songs, he didn't make it obvious. The only bad part about the evening was prior to the performance, as I sat in my seat and listened to the people behind me talking about badly-behaved kids and how it's all the fault of their over-permissive parents. (Yes, I know it's childish, but yes, I did turn and give them the stink eye at one point.)

When they finished the encore, I clapped as hard and loud as I could. And as he walked past me, following his classmates out of the auditorium, I gave him a high-five.