Blended Families and Children with Mental Illness (2 of 2)

I knew the time would come when I would be hit with the old "I want to live with my dad!" routine. Every divorced or separated parent hears it, regardless of whether or not mental illness takes a seat at their dinner table. But knowing it's coming does little to soften the inevitable blow. 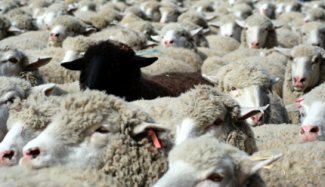 I told myself a long time ago I wouldn't play the "fine, go live with dad and see how great it is" game with Bob. So when he made his remark about how dad's house wouldn't be full of "annoying people," I simply said, "I'm sorry you feel that way, Bob, because we all love you." And walked away. And seethed to myself.

Of course our home isn't nearly as awesome as Dad's. We have rules. We hold people to their responsibilities, like doing their homework and doing their chores when told (perish the thought). We don't try to buy anyone's love. Worst of all, here, Bob has to share the spotlight with a two-year-old who more than demands his share of the glory.

Having A Child with Mental Illness Presents Family Challenges

Having a child with a mental illness is, for all practical purposes, having a child with special needs. Bob needs more attention than most nine-year-old older siblings. He acts less like a nine-year-old and more like, well, his younger brother a lot of the time. It's hard for everyone, especially the parents who are trying to divide our time between our two (or more) children while holding full-time jobs and trying to maintain a marriage and some sense of self. 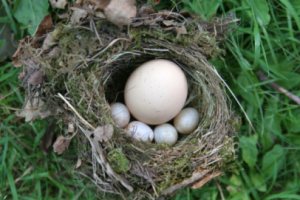 It's difficult enough that I sometimes find myself entertaining the idea of going along with Bob's request and allowing him to live with his father. That's what you want? Fine. Be my guest. You two have a grand old time and let me know how it works out. But to do so would not only be giving in to the whims of a kid who isn't old or mature enough to make such a decision, but to admit our family is not whole, that we really are divided, and that Bob is, just as he often claims to be, an outsider.

I'm not ready to throw in the towel just yet.

APA Reference
McClanahan, A. (2011, January 22). Blended Families and Children with Mental Illness (2 of 2), HealthyPlace. Retrieved on 2022, August 19 from https://www.healthyplace.com/blogs/parentingchildwithmentalillness/2011/01/blended-families-and-children-with-mental-illness-2-of-2