We had discussed this before. Using lithium to treat childhood bipolar disorder was his "last resort", something he waited to prescribe until nothing else worked for Bob.

Lithium? Had it come to that? What if even lithium didn’t work? 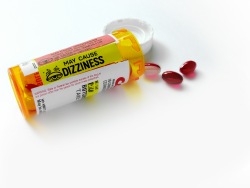 Over the next few weeks, we watched for medication side effects. Bob tolerated the new psych meds well. When school started, I held my breath.

The change was gradual. I don’t recall any defining "Eureka!" moment. I do know I got fewer phone calls from school. Bob was spending more time in class than the principal’s office. At home, things were calm. Still, I held my breath. We were used to this—new psych meds, a brief improvement, then the inevitable return to status quo.

Summer turned to fall. Progress continued. Maybe we were on to something this time. Slowly, I started breathing.

Psychiatric Medications for Children A Hot Button For Some 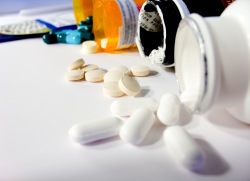 When Bob was two, and daycare suggested he needed Ritalin, I ignored them. When he was three, I reluctantly gave him Tenex at his psychiatrist's direction. Over the next five years, I gave him antidepressants, beta blockers, stimulants, atypical antipsychotics, anticonvulsants, CNS inhibitors, mood stabilizers.

Did I feel good about it? No. Especially when it seemed none of them were doing any good. No parent wants to expose their child to unknown, long-term effects for possibly no benefit. Scorn from the general public made me feel worse. (I once overheard a pharmacy employee remark, “who puts a 4-year-old on Zoloft?”)

Which was worse—possible effects of psychiatric medication years from now, or my child’s inability to function today?

And he was non-functioning. He couldn’t make it through a day without hours-long rage episodes that put him and others in harm’s way. He had no friends. His behavior rendered classroom instruction impossible. He couldn’t have a normal life because of the severity of his illness.

How could I not medicate him?

The common misconception that a parent can walk into a doctor’s office and order prescriptions off a menu is ridiculous. Physicians, terrified of malpractice suits, are extremely hesitant to prescribe psychiatric medications to young children. Parents, afraid of side effects, are afraid to administer them. Are there children taking drugs they don’t need to take? Probably. But criminalizing parents for medically treating their mentally ill children is unfair. Even more unfair is that parents are forced to make their mentally ill children the test subjects in hopes of finding an effective combination.

It took years, but we seem to have found one medication that works for Bob. It probably won’t work forever, and we’ll have to start over. I’m not looking forward to that, but I’m grateful for this reprieve. Bob has become the kid I always knew he was. Not docile, not drugged into submission, but stable. I dare anyone to take issue with that.

(Guide to Psychiatric Medications for Children and Adolescents here)

Hi Angela,
This is the first second I have had a chance to explore any kind of support blog - every second of my life has been taken up by the needs of my unstable mentally ill special needs son. He presently is ill enough to possibly be hospitalized, but being a psychiatric nurse I know the hospital has already done all they can - he is not a danger to himself or anyone else, and I can medicate him just as well in the comfort of his own home.
He has become obese on the antipsychotic drugs, they adversely affect his heart rate, so I can't even increase them as I would like. He was improving on the Seroquel last year, but had to come off it for the same reason.
We don't have an official psychiatric diagnosis yet, due to his age, if it's bipolar, schizophrenia or what. It is all complicated by developmental disability, severe learning disability, coordination disorder, sensory processing disorder etc. He has everything against him and all the services available to him. He is extremely negative so anything we try backfires. As he gets older, he is more inflexible. He was still moldable even 2 years ago. Now the psychosis has set in which pretty much paralyzes him even more due to his paranoia - including the belief his 10 year old sister has and will try again to kill him. He is 13.
All of my time and money has been spent trying to help him and fighting for him for help - we've received much help and services, but Christopher always manages to bring all these well intentioned people as well as ourselves to our knees. I've done countless research - the doctors and experts are stumped - Christopher is negative, oppositional and will not/can not cooperate. He is trapped within the prison of his own mind, as we are, with his limited cognitive ability, so we can't reason with or reassure him. He has no interests and we can't take him anywhere, nor can we make him a part of our lives. The son I so badly wanted, and I can't reach him. He is to be assessed for autism, but it now has to be put on hold due to this psychosis.
He has been in a stable loving home all his life. His illness/disability has cost all 3 of us, myself especially our own mental health. I had to take a year and a half leave from work. All my time and health has been spent trying to help him. My husband says please, someone show me another child like my son, and somebody please, help my son, but nobody can.
We are all imprisoned, as he is, within the torture of his mind, as well as his other mental and physical disabilities. He could physically do so much more if he weren't so negative. I have been burnt right out for a long time, am pretty much hands off except for spending all my time in background as socialworker/manager. My husband has taken over all the physical care (Christopher has the mind of an 8 year old), and my husband is also burnt out. My husband is Christopher's whole life, Christopher hates his sister and I, as we are the other 2 closest people to him and the verbal abuse is the only way he knows how to express his constant frustration and disappointments.
Tomorrow is his 1st day of high school - the program sounds perfect, but no matter how perfect something may be, Christopher has always found some way to sabatage it. I keep praying for miracles, that these problems have only been exacerbated by hormones, that he will improve, develop, learn to cope, become more positive. And miracles are what we need. I don't care how mentally ill my son could be, if only I could have him back as my son and a part of my life, and that my husband, daughter and myself could have some sort of quality and sense of normal and hope for our own lives.
Perhaps I'll meet some other parents like myself in his new program. Perhaps not. I don't even have time for my own friends or family, all the time and mental energy has gone into Christopher. It definately is a very isolating and all consuming way of life. I never dreamed parenthood would be like this.
Take care and sincerely,
Lori

Lori, thank you for your comment. My heart goes out to you and your family, and I truly hope beyond hope things improve for all of you.
Angela