With Mental Illness, It's Okay to Create Your Own Normal

I am a planner and a worry-wort. Due to my anxiety, I always need to have everything planned out in a specific way and I have an extremely hard time when plans change. When I was in high-school, I had my academic career planned out and I had anticipated exactly what was going to happen in the future. I was going to graduate high-school, go to Ryerson University to study Business Management and eventually get a masters degree. Little did I know that I was suffering from mental illness and that my carefully planned future was going to take me in a different direction. 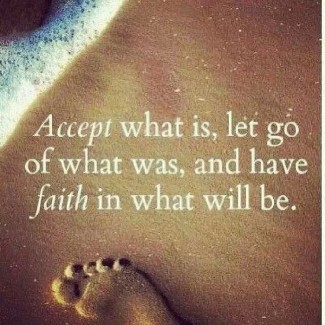 I always felt that my life had to be lived a certain way. I was supposed to go to college and have the "college experience" that some people talk about. After graduating high-school I noticed a drastic change in my mood. I started to become paranoid about everything. I was obsessing over things that weren't even happening. I also started to become very sad without reason, but I thought that this was just a phase. I still wanted to move away from home for university because that was what I was supposed to do.

I moved to Toronto when I was 19 years old and attended Ryerson University. It was around this time that I really started noticing my feelings of depression and anxiety. I was sleeping all the time, isolating myself, worrying about everything and basically driving myself crazy. I started to self medicate with alcohol, which resulted in deeper depression and anxiety. Although I spent many nights at the Centre for Addiction and Mental Health, I still didn't understand what was wrong. I thought I needed a change of scenery, a so-called "geographical cure," so I moved to Ottawa at 22 years old.

After only attending one semester at college in Ottawa, I decided I needed to take a break. I checked myself into rehab for a month and went on a medical leave from school for the semester. A big part of me thought that I was a failure for doing this. I thought that I wasn't doing what I was supposed to do, and that life wasn't going the way I planned. I was so frustrated with myself that I wasn't living a "normal" life; but, what is normal?

Stop Comparing to Other People's Normal - Make Your Own Normal

We are all different. One person's story will never be exactly like the next person's. So why are we always trying to fit into a certain mold which portrays how we think things are supposed to be? I have learned a very valuable lesson in my mental illness and addiction recovery - create your own normal. If I have to take a semester off school to focus on myself, that's fine. If I never have that "college partying experience" because I am an addict, then so be it. I have been to rehab and a mental institution, why should I be ashamed? The less time I spend comparing my normal to someone else's, the happier I will be. This is my normal, and I wouldn't have it any other way.

I hope that we can start spreading the word to other teens and young adults that it is okay to create your own normal with mental illness or without and that it is okay if things do not go according to plan. I had a certain picture of how my life was supposed to be and I tried so hard to mimic that picture that I became mentally exhausted. There is so much pressure from TV, movies and social media which portrays a certain lifestyle to be most desirable. However if we create our own normal, living with mental illness can be a lot more manageable.

Tags: create your own normal

APA Reference
U'Ren, S. (2014, April 3). With Mental Illness, It's Okay to Create Your Own Normal, HealthyPlace. Retrieved on 2023, January 31 from https://www.healthyplace.com/blogs/mentalhealthforthedigitalgeneration/2014/04/living-with-mental-illness-its-okay-to-create-your-own-path

Substance Abuse Recovery Means Living One Day at a Time
Young People in Alcoholics Anonymous: It's Not Us vs. Them
Caroline Sullivan
May, 16 2017 at 1:06 pm

Inventing ones own normal, can help one cope with upsetting statistics, when one is doing better than statistics suggested. And when one is different from normal statistics. You have to set your​ own standards based on who you are.

Just what I needed to hear...Thank you so much.

This is so true! I'm glad you wrote about this because not only do people need to hear about they need to know it's okay to do it! More people need to talk about Mental illness! I like how you said we are different people who don't have to fit in the same hole! Which is so right because you are your own person!
Thank you very much!

With these mental illness, has anyone hear voices as your family was going to kill you /or you should kill your family before they kill you or talking about the past. I'm trying to put pieces together as to what my kid is facing. Or could someone tell me what illness they think this is, I'm desperate

Thanks for your marvelous posting! I really enjoyed reading it,
you're a great author.I will be sure to bookmark your blog and definitely will come back later on.
I want to encourage you to ultimately continue your great writing,
have a nice morning!

Hi there! This blog post could not be written much better!
Going through this article reminds me of my
previous roommate! He continually kept talking about this.
I am going to forward this article to him.
Pretty sure he will have a great read. I appreciate you for sharing!

This is great! I always feel guilty for not being "normal" and for needing a bit more help with life than the average human. I still have a picture of what I want my life to be and I know that it isn't a realistic one - but it fades a little everyday and the disappointment knot in my stomach loosens as I accept my reality.

Wow I soo can relate, I'm finally after a long battle is trying to take my life back from depression/anxiety etc... It's really been a journey. Talking about it and discussing it I know you are helping a lot of others out there face there illness :)

The RAS begins to notice the articles that talk about depression and
anxiety. When this happens, teachers need to allow late arrival and thus
provide extra time and even allow slow responses while working.
And yes, you can join multiple anxiety groups on many of the best anxiety-related
websites.

It's hard to come by experienced people for this subject, but you sound like you know what you're talking
about! Thanks

You have ade some really good ponts there. I checked on the net for more info about the issue and found most individuals will go
along with your views on this site.

I was recommended this blog by my cousin. I am not sure whether this post is written by him
as no one else know such detailed about my difficulty. You're amazing!
Thanks!

You amaze me each time and I can so relate to you...I believe this was part of your purpose xoxo

Wow. Continually amazed at such depth and insight for your age. Wherever your normal takes you it will be an amazing journey.