Adult ADHD Medication Debate: To Take It or Not To Take It?

The question of whether or not to take stimulant medications for adult ADHD has been discussed vigorously. I believe strongly that taking Ritalin, or the equivalent at times, has helped me to function as the adult I want to be. I spent 2009 mostly not taking any stimulants and not only did my work ethic become nonexistent, but I didn't like myself as much. I look forward to hearing your opinions on this! 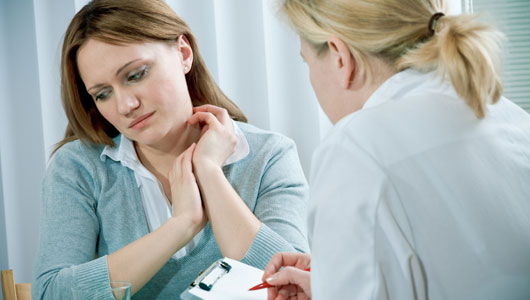 APA Reference
Prager, E. (2013, April 23). Adult ADHD Medication Debate: To Take It or Not To Take It?, HealthyPlace. Retrieved on 2022, December 10 from https://www.healthyplace.com/blogs/livingwithadultadhd/2013/04/to-take-or-not-to-take-adult-adhd-medication-debate

I would love to have the link you spoke about to Elizabeth.

Elizabeth,
I have a question for you and for others who are currently taking medication for adult ADHD. I wrote to you a few months back about putting off taking medication for years and I am now in the process of getting official tested again as a adult this week. I have 3 children and my youngest was also diagnosed with ADHD and takes Concerta. I saw this documentary that a lot of people have had on their facebook page about all the scary side effects of taking medication for ADHD, and there are other more effective therapy's you can do and try beside medication It states a lot of children are being misdiagnosed. And that some of the psychological medical journal's have wrong information about ADHD. ( I would be glad to share the link with you if you like.) So my question is who and what do you believe how would you recommend that someone really do their homework and research this. Because you finally start to feel like you made the right decision with using medication for your child and or yourself and you see things like this that make you second guess your self.

To Mary who asked if a man can be anorexic at age 52? yes, but In my experience in the health and fitness field I see that behavior 85% of the time in clients that are adolescence or young adults. I have seen it in clients that are in there 40's or 50's but its usually been an on going thing throughout there lives. More and more men these days are being diagnosed with body dysmorphic disorder or different types of eating disorders. I think that maybe your husband may have tried your Adderall out of curiosity and may have liked the buzz people who don't have ADHD/or sleeping disorder get from the meds. A few of the side effect from taking amphetamines is lack of appetite, weight loss, boost in energy plus speeding your metabolism way up. Even I had to force myself to eat in the beginning because it just shut my appetite down. I am certainly not a psychologist but I do think you have every right to be concerned for him. You mentioned he was a former alcoholic. If he has an addictive personality it could be dangerous. I have seen peoples health irreversibly harmed and lives lost to eating disorders. Many Personal Trainers I have known over the years had eating disorders and/or body dysmorphic disorder. I know I have a little dysmorphia about myself but that could also be part of the untreated ADHD I have dealt with since a child. Well I hope that may have been a little help. Best Wishes Mary

Well my life before medication and my life now is like one person on this blog stated "going from black to white to color" I suffered for years with insecurities about my intelligence, my lack of ability to finish anything I started not being able learn in the same way as most of my peers and struggling everyday to just get it together. If it wasn't for the fact student athletes at my college were required 5 hours of time with a tutor each week I probably would have flunked out of college. I would have my good weeks where I had it all together but could never sustain it. I would fall into a depression other weeks because I couldn't keep it together and organized and would mentally beat myself up. I constantly lived in the past of missed opportunities in work, relationships, and the quality of life I so desperately wanted. I think because of my profession as a Personal Trainer I did do fairly well at it because it was fast paced and every hour your training a different person, moving from one exercise to the next all the time. So I could pay attention and concentrate for that short time but there were days it was a struggle and I would be mentally exhausted from trying so hard. Running your own business requires some organization and I am lucky because I barely made it most days and some not at all in that department. I would kick myself for screwing things up with billing, client files ect. Not trying to write a book but it feels good to let that out. Since I started taking medication I can concentrate on what my clients are saying and actually listen which helps greatly when trying to find the right meal plan, exercise plan and supplementation. All this knowledge I didn't even know I still had I can now access instead of being so scatter brained all the time. My relationships are so much better because I can sit and listen and have a real conversation. Not just tune out or have some random thought that comes to me and feel compelled to interrupt and share it. really feels like this is the real me not the person that people said had so much potential if only he could get it together. From the first day I took medication I finally felt..normal.I remember I had the day off and instead of pacing and feeling like I couldn't relax I sat on my couch and read a book cover to cover. I felt calm and focused. Some weeks later I had this confidence I never had I wanted to be challenged to see what I was truly capable of. After so many years of failure I would avoid all change or anything new because I had such a fear of failure and the feelings associated with that. I will stop now LOL Thanks for letting me share.:-) ("If your focused on the past and fear the future your pissing on the present."

Hi Abby,
Thanks so much for your comment! My next post will happily be on how I can tell my medication is working vs how it's not working :)
Have a great week!

Elizabeth,
I found this so helpful. I was diagnosed with adhd when I was a child but the dr I had did not believe in giving medication for adhd. I really thought I had outgrown adhd when I got to my junior high years, but when I got to college I realized It was still there, the symptoms had just changed. I have put off taking medication for far to long and I know if is effecting my quality of life when it comes to work, relationships, school,and I am ready to take that next step and make a appointement to get on medication. I will love to see a blog from you stating how you can tell your medication works. And if you could compare your life and struggles before taking medication and after and be a little more specific on what changes you could see. Thank you so much for sharing. Your blogs have helped me more than you know. :)

I took Provigil for quite a while due to extreme hypersomnia; I slept all the time and I have a Circadian Rhythm Disorder that happens sometimes that makes my brain want to sleep during the day and be awake at night. It did help me get things done and stay awake until around 3 PM when I would get sleepy. BUT: I got hypomanic or downright manic and talked too much and had a very hard time staying on a topic in conversations; I would drift onto tangentially related topics. It was hard sometimes to answer a question without going off into different directions. Some people were fine with me, but I turned some people off because of talking too much. My family is not very nice; I just basically do not have a warm, supportive family, and, as a doctor put it, "They were thinking they were seeing the person and they were seeing the disease". So in front of everyone family members would embarrass me by being critical, instead of kindly talking to me and telling me what they observed in my behavior. I still shudder at the memory of how Provigil made me act, because it was so painful to realize that I was sort of a strain on a friend of mine and also that my family was mean instead of supportive. Provigil actually damaged my relationships with my family members because people are so critical of each other. On the other hand, if stimulant drugs help people, great! I just had a bad experience with Provigil :(

I'm sorry to hear that taking Provigil wasn't a good experience for you! When I was getting my degree in psychology, I learned that sometimes stimulants can lead to a manic state if you don't have ADHD and in fact have bipolar disorder. I'm not by any means diagnosing you with anything, just letting you know something I learned :)

I don't have ADHD, neither does my husband. I was prescribed Adderall (sp) for something else and only took it for fatigue when needed. That's why I didn't notice that the once full bottle of pills was almost empty. Apparently my (soon to be ex) husband has been taking them. He has lost a lot of weight and looks anorexic. All of a sudden a light bulb went off in my head as to possibly why he was taking the pills. Is it possible that a 52 yr old man could become anorexic? Also I should add that he is a former alcoholic. As far as I know, he hasn't had a drink in 10 years. I started locking up my medication. He must have picked the lock, because he got into them again. Now they are kept separate from my other medications and locked. So far so good. Can anyone make sense of this for me? Am I thinking correctly that his drastic weight loss has something to do with him stealing adderall?

I have been taking meds since october, and I too remember how the world felt like it went from black and white to color- and like my mind and body caught up with each other for the very first time. I have a quality of life now- finally that I'd never ever had before. I can get things done, finish my tasks and thoughts and most importantly don't have the debilitating exhaustion and sense of anxiety - caused from never knowing what kind of a day I would have. Thanks for the post. My daughter is ten and was also just diagnosed- so I am very much looking into how this might be impacting her and how to treat it.

I have been taking Ritalin for at least 3 to 4 years now. I can stay on task better, I can actually read articles on the internet instead of being too preoccupied with everything else popping in my head. I also am up doing more around the house. It has been a life saver for me for sure!

You should read "Seeking Sickness - Medical Screening and the Misguided Hunt for Disease." By Alan Cassels. He is an independent drug researcher in British Columbia. His book has an interesting section on adult ADHD