It is often assumed that eating disorders occur because of poor body image. I believe the relationship between the two is far more complicated. In fact, VERY complicated. 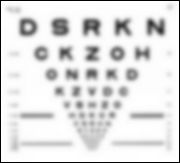 First, let's keep in mind that body image isn't based on one's actual body. I used to think people looked at their bodies in the mirror, saw what everyone sees, compared it to what other people looked like, and then made a rather conscious decision about how to feel about that.

Body image. We're not a camera - or a mirror

I've learned we each perceive our body based on a complex set of physical and experiential cues, layered with our relationships and perceptions of others. We're not a camera; even what we see in the mirror is based on many factors that are not visible to anyone but ourselves. Body image is affected by our personal history, our general mental health, our medical condition, and the way our individual brain operates. How others see us is not necessarily based on reality, nor is our perception of how others see us. Whether we're happy with how we fit in or differ from others isn't fixed or logical either: many factors play into whether we preen or we pout at that image.

The brain isn't always accurate: our eyes and senses can be fooled.

How we're raised, and who we're exposed to has an influence as well. If the people around us look like us and feel good about their appearance, then we start out in life without an environment of anxious doubt. If the people around us show delight in our appearance, that has an influence as well (though not always positive). Living in a culture where what one's body does is valued more than how it looks is very different than the reverse.

I also realize now that body image isn't only about appearance. One's sense of physicality and moving through space can be uncomfortable and unpleasant and have nothing to do with how it looks. Our bodies can feel too large, too small, too hard, too soft, too weak, too stringy, too shaky - uncomfortable in space. It can be distressing to feel alive in one's body or simply feel "wrong."

But can negative feelings about the body cause an eating disorder?

Eating disorder patients often, but not always, report feeling uncomfortable with their bodies. Is this because their feelings about their body's unacceptability led them to disordered eating? Or is it that disordered eating biologically triggers body dysmorphia? It could be that these things feed into one another: initial bad feelings about the body lead to trying to change the body through eating behaviors, and the eating behaviors neurochemically trigger an exacerbated sense of distress and body dysmorphia.

It has been observed over time that when eating disorder patients are fully nourished for a while, their sense of body dysmorphia often lessens. This re-nourishment seems to not only cause weight normalization but also brain normalization.

We live in a society where body acceptance, and appreciation, is sadly rare. We have actually normalized dissatisfaction and judgmental attitude about our own bodies and of others' bodies - even strangers and celebrities. People often attribute eating disorders to this toxic environment, but I disagree. I see this environment as fertile ground for eating disorders because it encourages people to eat and not eat in unhealthy ways that can trigger this brain problem.

But worse still: this environment makes it nearly impossible to distinguish someone with a delusional mental illness - because so many of us are saying and accepting the same sorts of language and behaviors, if at lesser levels.

Whatever the reason for a person's negative body image - from the brain or from the environment - it is unacceptable to have to deal with it in a society that mimics it.