There are plenty of people who don't understand binge eating disorder (BED). Whether their misunderstanding is due to social and cultural conditioning or outright refusal to acknowledge information set in front of them, it can be difficult to navigate social situations with BED (Surviving Mental Illness Stigma in A Judgmental World). It's important to remember that it's not your job to educate anyone and sometimes, no matter what you do, people are not going to understand binge eating disorder.

There are a variety of reasons why people don't understand binge eating disorder. It seems 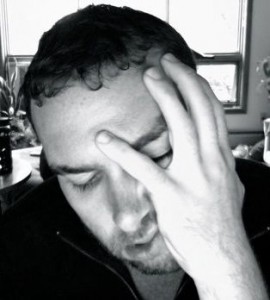 the most prominent are social and cultural reasons. American society hinges around the idea that weight and eating are something that can be easily controlled with willpower and failing to do so shows a lack of character.

With the dieting industry swimming in Olympic-sized pools of money, it's in their best interest to perpetuate that myth. The harmful result of it is that people with an eating disorder that results in weight gain and obesity are viewed as lazy, self-indulgent, and lacking in willpower (Obesity: Is It An Eating Disorder?).

The most common concept of eating disorders are generally anorexia nervosa and bulimia nervosa, which are both viewed as resulting in excessive thinness. When confronted with the idea that a diagnosed eating disorder can result in obesity, and not only that, but is a real mental health issue and not a lack of control, a lot of people just don't understand.

Simply put, some people who don't understand binge eating disorder, just don't want to. It's a lot easier to never question cultural conventions or research the latest medical studies or even listen to an individual who has the disorder. Whether it's out of laziness or apathy, this attitude is harmful to everyone and only serves to make binge eating recovery more difficult.

In this lifetime, there will always be people who don't understand binge eating disorder and have absolutely no interest in changing their views. It's important to recognize when someone not only doesn't understand, but refuses to try. Don't burden yourself with the responsibility of educating everyone who just doesn't get it.

I'm just so glad it is recognised, I've always known I've had a problem like that,but,only found things on anorexia etc!this is a great peace.thank you.