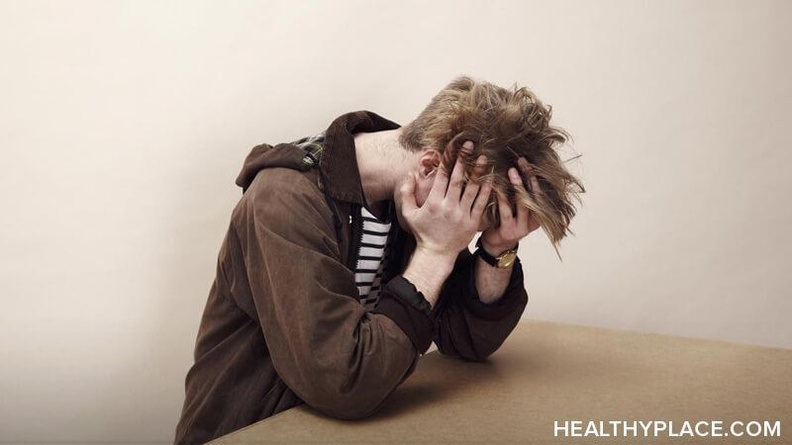 The concept of “digital self-harm” is something that has recently entered the discourse surrounding mental health. It is a new enough concept that I feel that the majority of mental health advocates may not understand what this type of self-harm entails, and even those that do may be getting, what I argue, is a needlessly limited application of what the term could mean. In this post, then, I want to go into exactly what digital self-harm is (as is currently defined), my problems with that current definition, and its applications for those with anxiety.

The most common definition of digital self-harm that I’ve seen used is the notion of someone actively seeking out negative or hateful comments about themselves online. This could take the form of stealthily baiting someone to abuse them, or, in some circumstances, leaving hateful comments to themselves using sock puppet accounts.1

Now, I don’t necessarily have a problem with this definition – obviously, this behavior is harmful. My issue is more so that this cannot be what exclusively constitutes digital self-harm. Harm, in the context of mental health, must refer to anything that has the potential to damage your mental health – abusive online behavior is an obvious example, but if we stop at that, we’re missing the majority of the picture.

How Digital Self Harm Impacts Anxiety

To get a better understanding of what I’m trying to argue, it can be helpful to frame the conversation in terms of anxiety. Let’s say someone is anxious about crime, specifically that they will become the victim of a crime. Crime stories in the news trigger those anxieties. Is the mere act of seeking out such stories online a form of digital self-harm? Insofar as the person is actively seeking them out and it is having a detrimental impact on his or her mental health, I would emphatically say yes.

The terrifying thing about this is the Internet doesn’t discriminate one anxiety trigger from another. It doesn’t matter if you’re afraid of crime, spiders, or whatever else – it takes the same amount of time to plug in the relevant terms into a search engine, and in seconds you’re down a seemingly endless rabbit hole of digital self-harm. The structure of the modern Internet itself is a contributing factor to the ease and proliferation of self-harm.

That last sentence is what I want to most hit home. If you have anxiety, you need to understand that the mere act of being on the Internet itself, given everything I’ve said above, is likely detrimental to your mental health. To adapt, you need to limit how much time you spend online, and come up with a plan to avoid any potential triggers for when you are online. I’ll focus on that in another post. For right now, it’s enough to work to actively limit your online exposure, because based on the expanded definition of digital self-harm, harming yourself and merely being online are one and the same thing.

Are you engaging in digital self-harm? Did you realize it, and, if you did, will you work to stop doing that to yourself? Why or why not? Share your thoughts in the comments.