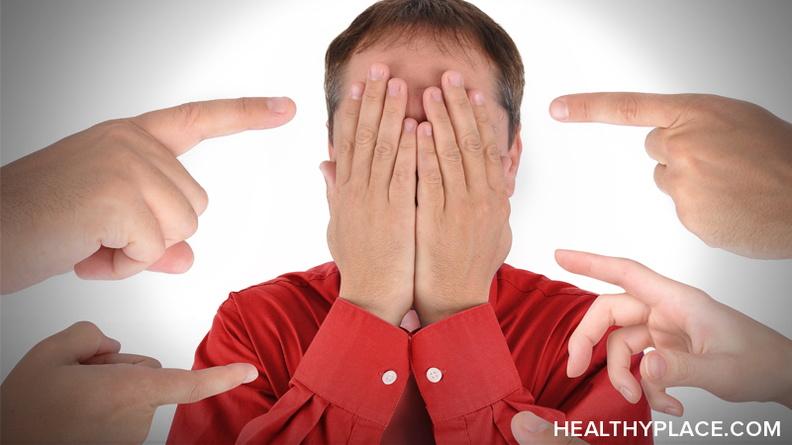 The words "anxiety," "criticism," and "self-doubt" can be synonyms, closely knit word triplets. Those mere words indicate that anxiety has many effects that tend to make life difficult. One particularly annoying effect of anxiety is sensitivity to criticism. Feeling crushed by criticism is an effect of anxiety, in general, and social anxiety, in particular, where the fear of being judged or of embarrassment can be immense. When anxiety and criticism are overpowering and lead to self-doubt, take heart. There are ways to conquer self-doubt. with with anxiety and criticism

Anxiety and Criticism Cause Self-Doubt

My own self-doubt started when I was in kindergarten. I completed an assignment incorrectly (gasp). All the students around me did it right. I did it wrong. They earned smiley faces. I got a frown. That caused me such angst that I clearly remember every detail of the situation, and I know that this was the source of my social anxiety, perfectionism, fear of criticism, and self-doubt.

Is this not a bit of an overreaction to a kindergarten assignment? Probably. Okay, yes. That's the thing, though, with anxiety and criticism. For someone living with social anxiety, almost everything, even the most innocent statement, can be perceived as criticism. (Friend: "Cute socks. I have an outfit they'd go great with." Friend with anxiety and sensitivity to criticism: "Thanks." To self thinks, "Don't my socks go with my outfit? What are people thinking about the way I'm dressed?") Anxiety and criticism cause self-doubt.

Where Do Anxiety, Sensitivity to Criticism, and Self-Doubt Come From? 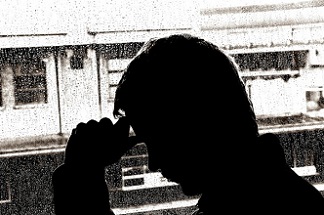 According to cognitive behavioral therapy (CBT), the criticism isn't the problem. Many people shrug off even harsh criticism as the other person's problem, and they take constructive criticism for what it is: feedback designed to help build someone up.

Even with Anxiety and Criticism, You Can Conquer Self-Doubt

It's possible to overcome the self-doubt and anxiety that come with criticism. The first step is to be aware that criticism is leading to anxiety and self-doubt. That's probably easy; because, if you live with social anxiety, chances are you are well aware of this connection.

How To Remain Creative with Anxiety
Can Anxiety Disorders Come from a Traumatic Brain Injury?
gordon
May, 24 2017 at 3:21 am

how do you deal with self criticism where there is no external trigger? i struggle with overthinking badly and i challenge my thoughts but i cant stop thinking the thoughts even with good evidence that they aren't accurate. they just come back again.

Hi Gordon,
Thank you for this question. You raise a very important point that I think a great many people struggle with. This plagued me for a long time, and like you, I challenged my thoughts, found evidence to the contrary, etc. But it didn't help. These techniques are part of CBT, which has been proven to be very useful for many people for different situations. That doesn't mean that it works for everything and everybody. Challenging such critical thoughts can serve to reinforce those thoughts so they get stronger rather than weaker. Our mind can be really good at "yes-butting," making the evidence irrelevant. What worked for me, and what I've used with others, is acceptance and commitment therapy. It's an approach that has people accept their thoughts, even self-critical ones, so they can move forward toward what they want in life. (Acceptance doesn't mean buying into them or believing them to be true. It means acknowledging that they're there and doing things to move forward.) Working with a therapist can help a great deal, even if the therapist doesn't use ACT. A therapist can help you deal with the thoughts so they no longer rule your life. Do know that there isn't something wrong with you because challenging your thoughts doesn't work. That just means that this single approach is ineffective for you and that you can try other things.

Hi Eva,
My psychiatrist gave me a nice advice, properly breathing can help you with anxiety attacks, just need to relax and close your eyes, take slowly and deep breath few times, and trust me you will be perfect. That what is helping me now when attack comes, its rare but when is come i am ready to fight against him.
All the best
Srdan

It sounds terrible, but I find comfort in reading about other people's experiences with anxiety, social anxiety and depression. The first time I read a description of someone else's experience, it made me cry, because it was so similar to my own. Knowing that I am not alone has helped me come to terms with my mental health issues and to view them in a more constructive way, instead of seeing myself as defective and worthless.

Hello Eva Jean,
That doesn't sound terrible at all. Humanity is about shared experiences. There's true comfort in knowing we're not alone, and learning about others can help us understand ourselves and find new ideas for healing. That's why HealthyPlace exists!

I would like to say that anxiety disorder change my life for 360 degree. I have had so scare when first panic attack got me. I thought i will die, i cant describe that feeling, so awful. Sometimes i still fighting with this disorder, but i feel much better than before. The things be worser my first attack was in shopping centre, i ran to the rest room and lock myself into toilet. My ex-girlfriend was with me and she just ask me whats wrong why you suddenly start to run, i told her that my stomach is wrong, later i talked with my family and i decide to visit psychiatrist and that was good idea. Now is much better. Anyway, this article is great. I just started to write blog about anxiety.
Cheers

Hello srdan,
Thank you so much for sharing some of your own experience with anxiety and panic. Many people will be able to relate, and it's inspiring to know that your anxiety and panic are so much better -- and that a psychiatrist helped. Good luck to you with your blog about anxiety!

Thank you very much for response. I am sure that everybody can beat this awful feeling, with family support and love. Never give up, always look forward.
Best regards,
Srdan