I was reading about ADHD symptoms the other day (because I apparently have no life) and thought how negative the list was overall. So much effort is spent on ADHD because of how dysfunctional it makes us when we try to fit into society. Take the criteria that ADHD gives adults a sense of insecurity. We make the stupidest mistakes in loud and humiliating ways. Who could be surprised that ADHD leads to insecurity? Although I didn't dispute it, I also thought that ADHD had been responsible for helping me overcome insecurity as well. How? 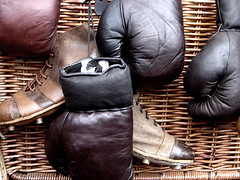 Five and a half years ago, I used to blog into a tiny, insignificant file on my website. I had been updating it with thoughts and geeky things for years, but never promoted it. Then I had a conversation with a middle school teacher who told me that ADHD didn't exist. Not only that, but she believed that ADHD was just an excuse to get out of doing homework. I was so furious, so angry with myself, for not knowing how to convince her otherwise, that I made a solemn vow: I would start blogging openly about ADHD and learn.

ADHD Impulsivity as an Asset

That impulsive moment led me to overcome my insecurities, haltingly at first, but soon with greater gusto. Bored with nobody reading my blog, I researched how to promote blogs and how to write better. I became obsessed with making the blog a success. A year later, my blog was getting more attention. A few years later and I was being interviewed by news sites such as CNN, and writing for a national magazine. Then HealthyPlace heard of me and wanted to interview me on video. Oh, it was a scary thing to behold (about 23 minutes in).

Yet, I faced my fears and pressed on. Now I blog here.

The more I thought about it, the more I realized that three ADHD attributes helped me overcome my insecurities.

Between those three ADHD upsides, I have overcome many insecurities in my life. Public writing, public speaking, and being interviewed about my disabilities was not something I could have done six years ago. Without my ADHD affecting how I reacted to that teacher, I would have stayed safe, but insecure—full of self-loathing. Now I'm happy with myself. Thanks, ADHD.

Restless ADHD: 4 Tips to Fight It!
Forgetful Me