This is taken from Attention Research Update written by David Rabiner, Ph.D. This really is a fantastic resource which is well worth signing up to receive, it is also free to subscribe so you can't go wrong can you and you can gain regular updates of information and news of new research

The Multimodal Treatment Study of ADHD (MTA Study) is the largest ADHD treatment study ever conducted. A total of 597 children with ADHD-Combined Type (i.e., they had both inattentive and hyperactive-impulsive symptoms) were randomly assigned to 1 of 4 treatments: medication management, behavior modification, medication management + behavior modification (i.e., combined treatment), or community care (CC). Medication treatment and behavior therapy were selected because they had the most extensive evidence-base to support their efficacy, and alternative and/or less well-established ADHD treatments were not investigated.

The medication and behavioral treatment provided in the MTA study were far more rigorous than what children typically receive in community settings. Medication treatment began with an extensive double-blind trial to determine the optimum dose and medication for each child, and the ongoing effectiveness of children's treatment was carefully monitored so that adjustments could be made when necessary. The behavioral intervention included over 25 parent training sessions, an intensive summer camp treatment program, and extensive support provided by paraprofessionals in children's classrooms. In contrast, children in the community care condition (CC) received whatever treatments parents opted to pursue for their child in the community. Although this included medication treatment for the majority of children, it appeared that this treatment was not conducted with the same rigor as with children who received medication treatment from the MTA researchers.

The initial results from this landmark study examined children's outcomes 14 months after treatment began. Although results from this complex study do not lend themselves to a brief summary, the overall pattern suggested that children who received intensive medication management - either alone or in combination with behavior treatment - had more positive outcomes than children who receive behavior therapy alone or community care. Although this was not true for all the different outcome measures considered (e.g., ADHD symptoms, parent-child relations, oppositional behavior, reading, social skills, etc.) it was the case for primary ADHD symptoms as well as for a composite outcome measure that included measures from a broad array of different domains. There was also modest evidence that children who received combined treatment were doing better overall than children who received medication treatment alone.

In terms of the percentage of children within each group who were no longer showing clinically elevated levels of ADHD symptoms and symptoms of oppositional defiant disorder, results indicated that 68% of the combined group, 56% of the medication only group, 33% of the behavior therapy group, and only 25% of the community care group had levels of these symptoms that fell in the normal range. These figures highlight that intensive medication treatment was more likely to result in a normalized level of core ADHD and ODD symptoms than either behavior therapy or community care, and that combined treatment was associated with the highest rate of "normalization".
(For a more complete description of MTA treatments and the initially reported outcome results, please visit http://parentsubscribers.c.topica.com/maaclGpaa7D1Ub3aW2hb).

The persistent effects of MTA treatments were examined in a study published recently in Pediatrics (MTA Cooperative Group, 2004. National Institute of Mental Health Multimodal Treatment Study of ADHD: 24-Month Outcomes of Treatment Strategies for ADHD, 113, 754-760.). In this report, the MTA researchers examined how children were faring 10 months after all study-related treatments had ended. During these 10 months, children were no longer receiving any treatment services from the researchers; instead, they received whatever interventions their parents selected for them from providers in their community.

Thus, children who had received medication treatment through the study may or may not have continued on medication. And, if their parents chose to continue medication treatment, they were no longer carefully monitored by MTA researchers so that treatment adjustments could be made when indicated. Similarly, children who received intensive behavior therapy were no longer be receiving such treatment through the study. Parents of these children could thus continue with behavioral intervention in whatever way they were able to. Or, they may have opted to begin treating their child with medication.

In order to better understand the clinical significance of these findings, the researchers examined the percentage of children in each group who had levels of ADHD and ODD symptoms at 24 months that fell within the normal range. These percentages were 48%, 37%, 32%, and 28% for the combined, medication only, behavior therapy, and community care groups respectively. Thus, as was found at the 14-month outcome assessment, normalization rates of ADHD and ODD symptoms was highest among children whose treatment included the intensive MTA medication component. It is noteworthy, however, that while the percentages of children with normalized symptom levels were essentially unchanged for the behavior therapy and community care groups, they had declined substantially for the combined (i.e., from 68% to 47%) and medication only (i.e., from 56% to 37%) groups.

For the other domains examined - social skills, reading achievement, and parents use of negative/ineffective discipline strategies there was no evidence of significant treatment group differences in 24-month outcomes. In the social skills domain, however, children who received combined treatment tended to be doing better than children who received intensive medication treatment alone. Similar results were found for parents' use of negative/ineffective discipline. Thus, there continued to be some indication that combined treatment may have been more effective in some domains that medication management only.

Results from this study indicate the persistent superiority of the intensive MTA medication treatment for ADHD and ODD symptoms, even after families were left to pursue whatever treatments they preferred and the intensive study-related treatments were replaced with care provided by community physicians. Although these persistent benefits are encouraging, it must be noted that they were less robust than they had been at the 14-month outcome assessment. In addition, there was no evidence that intensive medication treatment was associated with better 24-month outcomes in the other domains examined. Overall, therefore, it appears that the persistent benefits associated with carefully conducted medication treatment were relatively modest.

Although children who had received intensive behavior therapy alone were not faring quite as well, a substantial percentage, i.e., 32%, continued to show normalized levels of ADHD and ODD symptoms. Thus, this is additional evidence for the utility of behavior therapy for ADHD. It should be noted, however, that many parents whose child had received behavior therapy chose to begin medication treatment for their child.

In conclusion, results from this study indicate that the benefits of high quality medication treatment persist to some extent even when this treatment is no longer being provided. Although the persistent benefits were modest at best, the MTA authors note that even these modest effects may have important public health benefits. The results also suggest that even intensive multimodal treatment conducted over an extended period does not eliminate the adverse impact of ADHD for most children, and that high quality treatment services provided over many years is likely to be required to help most children reach their full potential.

Finally, these results highlight the pressing need to develop new interventions for ADHD whose efficacy is established through carefully conducted research. Even when provided in the most rigorous way possible, medication and behavior therapy were not successful in normalizing levels of ADHD and ODD symptoms for a large percentage of children. Thus, it seems very important for researchers to focus attention on developing alternative ADHD interventions, and perhaps to strategies for preventing the development of ADHD in the first place.

next: NHS and Community Care Act 1990
~ back to adders.org homepage
~ adhd library articles
~ all add/adhd articles 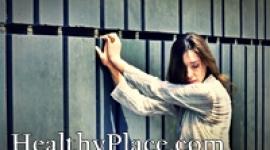 Understanding the WISC Test and Its impact in the Classroom