F91 Conduct Disorders:
Conduct disorders are characterized by a repetitive and persistent pattern of dissocial, aggressive, or defiant conduct. Such behaviour, when at its most extreme for the individual, should amount to major violations of age-appropriate social expectations, and is therefore more severe than ordinary childish mischief or adolescent rebelliousness. Isolated dissocial or criminal acts are not in themselves grounds for the diagnosis, which implies an enduring pattern of behaviour.

Features of conduct disorder can also be symptomatic of other psychiatric conditions, in which case the underlying diagnosis should be coded.

Disorders of conduct may in some cases proceed to dissocial personality disorder (F60.2). Conduct disorder is frequently associated with adverse psychosocial environments, including unsatisfactory family relationships and failure at school, and is more commonly noted in boys. Its distinction from emotional disorder is well validated; its separation from hyperactivity is less clear and there is often overlap.

Diagnostic Guidelines
Judgements concerning the presence of conduct disorder should take into account the child's developmental level. Temper tantrums, for example, are a normal part of a 3-year-old's development and their mere presence would not be grounds for diagnosis. Equally, the violation of other people's civic rights (as by violent crime) is not within the capacity of most 7-year-olds and so is not a necessary diagnostic criterion for that age group.

Examples of the behaviours on which the diagnosis is based include the following: excessive levels of fighting or bullying; cruelty to animals or other people; severe destructiveness to property; firesetting; stealing; repeated lying; truancy from school and running away from home; unusually frequent and severe temper tantrums; defiant provocative behaviour; and persistent severe disobedience. Any one of these categories, if marked, is sufficient for the diagnosis, but isolated dissocial acts are not.

This diagnosis is not recommended unless the duration of the behaviour described above has been 6 months or longer.

Differential diagnosis. Conduct disorder overlaps with other conditions. The coexistence of emotional disorders of childhood (F93.-) should lead to a diagnosis of mixed disorder of conduct and emotions (F92.-). If a case also meets the criteria for hyperkinetic disorder (F90.-), that condition should be diagnosed instead. However, milder or more situation-specific levels of overactivity and inattentiveness are common in children with conduct disorder, as are low self-esteem and minor emotional upsets; neither excludes the diagnosis.

F91.0 Conduct Disorder Confined To The Family Context:
This category comprises conduct disorders involving dissocial or aggressive behaviour (and not merely oppositional, defiant, disruptive behaviour) in which the abnormal behaviour is entirely, or almost entirely, confined to the home and/or to interactions with members of the nuclear family or immediate household. The disorder requires that the overall criteria for F91 be met; even severely disturbed parent - child relationships are not of themselves sufficient for diagnosis. There may be stealing from the home, often specifically focused on the money or possessions of one or two particular individuals. This may be accompanied by deliberately destructive behaviour, again often focused on specific family members—such as breaking of toys or ornaments, tearing of clothes, carving on furniture, or destruction of prized possessions. Violence against family members (but not others) and deliberate fire-setting confined to the home are also grounds for the diagnosis.

In most cases these family-specific conduct disorders will have arisen in the context of some form of marked disturbance in the child's relationship with one or more members of the nuclear family. In some cases, for example, the disorder may have arisen in relation to conflict with a newly arrived step-parent. The nosological validity of this category remains uncertain, but it is possible that these highly situation-specific conduct disorders do not carry the generally poor prognosis associated with pervasive conduct disturbances.

F91.1 Unsocialized Conduct Disorder:
This type of conduct disorder is characterized by the combination of persistent dissocial or aggressive behaviour (meeting the overall criteria for F91 and not merely comprising oppositional, defiant, disruptive behaviour), with a significant pervasive abnormality in the individual's relationships with other children.

Diagnostic Guidelines
The lack of effective integration into a peer group constitutes the key distinction from "socialized" conduct disorders and this has precedence over all other differentiations. Disturbed peer relationships are evidenced chiefly by isolation from and/or rejection by or unpopularity with other children, and by a lack of close friends or of lasting empathic, reciprocal relationships with others in the same age group. Relationships with adults tend to be marked by discord, hostility, and resentment. Good relationships with adults can occur (although usually they lack a close, confiding quality) and, if present, do not rule out the diagnosis. Frequently, but not always, there is some associated emotional disturbance (but, if this is of a degree sufficient to meet the criteria of a mixed disorder, the code F92.- should be used).

Offending is characteristically (but not necessarily) solitary. Typical behaviours comprise: bullying, excessive fighting, and (in older children) extortion or violent assault; excessive levels of disobedience, rudeness, uncooperativeness, and resistance to authority; severe temper tantrums and uncontrolled rages; destructiveness to property, fire-setting, and cruelty to animals and other children. Some isolated children, however, become involved in group offending. The nature of the offence is therefore less important in making the diagnosis than the quality of personal relationships.

The disorder is usually pervasive across situations but it may be most evident at school; specificity to situations other than the home is compatible with the diagnosis.

Diagnostic Guidelines
The key differentiating feature is the presence of adequate, lasting friendships with others of roughly the same age. Often, but not always, the peer group will consist of other youngsters involved in delinquent or dissocial activities (in which case the child's socially unacceptable conduct may well be approved by the peer group and regulated by the subculture to which it belongs). However, this is not a necessary requirement for the diagnosis: the child may form part of a nondelinquent peer group with his or her dissocial behaviour taking place outside this context. If the dissocial behaviour involves bullying in particular, there may be disturbed relationships with victims or some other children. Again, this does not invalidate the diagnosis provided that the child has some peer group to which he or she is loyal and which involves lasting friendships.

Relationships with adults in authority tend to be poor but there may be good relationships with others. Emotional disturbances are usually minimal. The conduct disturbance may or may not include the family setting but if it is confined to the home the diagnosis is excluded. Often the disorder is most evident outside the family context and specificity to the school (or other extrafamilial setting) is compatible with the diagnosis. 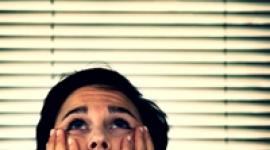 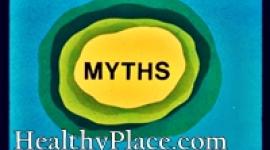 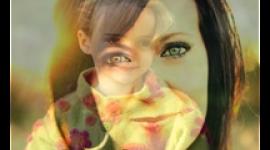 My Two Cents on Your ADHD Child and the School District