From Food and Drug Administration (FDA)

"I really see a difference in my grades. Without it, I don't think about things. I can't pay attention." --Christy Rade, 16, Des Moines, Iowa, commenting in the Aug. 26, 1996, Des Moines Register on her treatment for attention-deficit/hyperactivity disorder (ADHD) with Ritalin, the brand name for the stimulant medicine methylphenidate.

If, like Christy Rade, you're taking stimulant medicine for ADHD, you are not alone. In mid-1995, about 1.5 million school-age youngsters did so, reported Daniel Safer, M.D., and colleagues in Pediatrics, December 1996.

But, as the Virginia headline points out, abuse of this ADHD medicine can be deadly.

The drugs stimulate the central nervous system, but no one knows exactly how they work in treating ADHD.

"Stimulants have been used to treat ADHD for over three decades," says Nicholas Reuter, FDA associate director for international and domestic drug control affairs. "And the amount used has increased steadily during that period. Methylphenidate is the most widely used."

Not everyone with ADHD requires or responds to stimulant treatment.

Risk of Abuse of Stimulant Medications

Because stimulant medicines have a high potential for abuse, the U.S. Drug Enforcement Administration has placed stringent controls on their manufacture, distribution and prescription. For example, DEA requires special licenses for these activities, and prescription refills aren't allowed. States may impose further regulation, like limiting the number of dosage units per prescription.

DEA has repeatedly urged greater caution in use of these ADHD drugs, especially in light of their abuse among adolescents and young adults.

Ritalin's manufacturer, Ciba-Geigy Corp., began a campaign in March 1996 to reduce abuse. In nationwide mailings to doctors and pharmacists, the firm called attention to the risk of stimulant abuse and cautioned doctors to be especially careful in diagnosing ADHD. Enclosed were behavior rating scales for doctors to use and handouts for patients, parents and school nurses.

Taken properly, Ritalin in and of itself is not addictive, says Wendy Sharp, M.S.W., a social worker and researcher at the National Institute of Mental Health's child psychiatry branch. So people with ADHD do not get addicted to their stimulant medicine at treatment dosages, she says. "There have been unfortunate cases reported in the press, however, of teenagers who have taken Ritalin from other kids and snorted it, like cocaine."

According to Reuter, "Although methylphenidate production and availability have increased dramatically since 1990, national drug abuse surveys indicate that the abuse level and associated public health consequences remain below that of other stimulant medicines such as cocaine, amphetamine and methamphetamine."

Patricia Quinn, M.D., a developmental pediatrician in Washington, D.C., and author of many books on ADHD, adds, "There's actually less substance abuse in people diagnosed with attention deficit disorder who take medication and do well than in the general population. Adolescents I've worked with are trying to straighten out what's going on."

About 30 percent of young people with ADHD aren't diagnosed until middle school or later, says Quinn. These students are very bright, she says. "The more intelligent you are, the better you cope--until stressors in the environment outpace your ability to cope. Maybe your disorder becomes a problem in high school when you have only lecture classes, or in college when you have to do everything for yourself and go to class, too."

By the time someone with undiagnosed ADHD gets to middle school or high school, the main complaint is classroom underachievement rather than hyperactivity or distractibility, Quinn says. Some people shorten the name to ADD when it affects older people. "But you shouldn't assume that everyone who is underachieving has ADHD."

And, not everyone with attention difficulty has ADHD.

For example, when Linda Smith (not her real name) was 16, she had extreme difficulty concentrating. ADHD was suspected. Thorough examination, however, revealed the culprits were anxiety, depression and a sleep disorder, which are improving under a treatment plan that includes medicines and counseling.

Narrowing a diagnosis to ADHD requires more than a single visit to the doctor. Substantial detective work by the doctor involves talking not only to the patient, but also to the parents and to nurses and teachers at the patient's various schools.

"I ask to see all report cards from kindergarten on," Quinn says. "Teachers usually comment, 'He would do so much better if he could only pay attention.' One mother said of her son in high school, 'One day in first grade, he came home without shoes. He didn't know where he put them.' Kids with this disorder lose their jackets, shoes. So he had symptoms early on."

There is no biological test for ADHD. Doctors base their diagnosis on guidelines set by the American Psychiatric Association.

Deciding to Use Stimulants for Treating ADHD

Stimulant treatment begins as a "trial," so you and your parents should tell the doctor regularly about improvements, such as handling school tasks better, and any side effects. The most common side effects are nervousness, sleep difficulty, and appetite loss. Less common are skin rash, nausea, dizziness, headache, weight loss, and blood pressure changes. Immediately report such serious effects as confusion, breathing difficulty, sweating, vomiting, and muscle twitches, which may signal too high a dose.

With this information and further examination, the doctor can determine the most effective dose that causes no, or only tolerable, side effects.

Stimulants are not for everyone with ADHD. For example, they shouldn't be used in someone with marked agitation, a twitching known as a tic, or the eye disorder glaucoma.

And like all medicine, stimulants pose risks. Whether to use stimulants is a case-by-case decision based on how the benefit stacks up against the risk.

In January 1996, FDA announced that in studies of rodents given methylphenidate, the drug produced a "weak signal" for the potential to cause liver cancer. The cancer occurred in male mice but not in female mice or rats. At FDA's request, Ciba-Geigy informed doctors and, along with other methylphenidate manufacturers, added the findings to their drugs' labeling.

Accompanying health problems like depression may require other medicines or psychotherapy.

"Individual therapy for ADHD may not be helpful," Sharp says. "Probably the most beneficial treatment for ADHD involves the entire family system, and behavior management is usually a large part of this treatment."

Some people have linked ADHD to sugar and food or color additives. "Research in this area has raised questions and contributes to understanding," says Catherine Bailey, an FDA science policy analyst. "But the idea that individual food substances cause ADHD is unproven. Still, if people want to avoid substances they perceive as problems, they should be sure to read food labels."

Scientists don't know exactly what causes ADHD, but it tends to affect several in a family. When an identical twin has ADHD, the other usually does, too. Sharp had recruited twins for research to help clarify this.

While more males than females have ADHD, the gender gap is narrowing. Males taking medicine for the disorder outnumbered females 10 to 1 in 1985 but only 5 to 1 in 1995, the authors of the 1996 Pediatrics article stated.

Probably the hardest part of having ADHD is accepting the diagnosis, Quinn says. She stresses the importance of looking at everything else that's good in your life.

"The disorder is part of who you are and, yes, you have to control it," she says. "But it doesn't define you. It's okay to have attention disorder, so long as you know what to do about it."

Dixie Farley is a staff writer for FDA Consumer.

The first step toward dealing successfully with ADHD is to learn as much as you can about the disorder, the pros and cons of stimulant treatment, and strategies for self-help.

If you have ADHD, self-help skills can be critical to your success in high school and college, and later on with your career. In her book Adolescents and ADD, Gaining the Advantage, developmental pediatrician Patricia Quinn, M.D., advises, "Set realistic goals. Be honest about your strengths and weaknesses." These tips from her book may help.

Talk to the school nurse.

Understand what you read.

According to the American Psychiatric Association, a diagnosis of ADHD must meet the following guidelines: 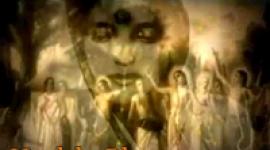