On June 12, the A&E Television Network ran one of its investigative reports entitled, "Inside Alcoholics Anonymous." Although promoed as including "leading national health authorities and the organization's outspoken critics. . . answer[ing] questions never before asked," it was a paean to AA with short clips from Stanton and Miriam Gilliam, with their views quickly dismissed and the program ending in a paean to the salvation AA brings. For example, not one person who rejected or was unsuccessful at AA was interviewed. However, people in that category wrote to Stanton following the program, including the following:

I have so much to say I don't know where to begin. I'll try to be concise, though. I am a 29-year-old ex-alcoholic. I grew up with an out-of-control alkie for a father, and one of my greatest fears growing up was that I would turn out to be just like him, a drunken bum. Unfortunately, all of the teaching I was exposed to at school indicated that my fears were indeed destined to come true. I even had a well-meaning, 12-stepping teacher give me copies of pamphlets about Alateen and books on ACOA's. So when I started drinking in my late teens, and drank more heavily through my mid-twenties, the prophecy began to be fulfilled. And it terrified me. I was convinced I was destined to be a hopeless drunk, just like dear old Dad, which prompted me to begin to attend AA meetings. 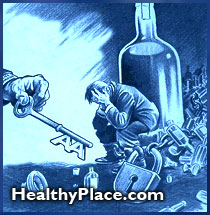 I spent 18 months in AA, going virtually every day, and while I was there, I was a paragon of "sobriety". But I was beginning to feel crazy in AA. When I questioned the dogma, I was told to write a 4th step. When I tried to challenge the idea of powerlessness (which I think is one of the single most damaging concepts in AA), I was told to get on my knees. I was in denial. Call my sponsor. I hated the disease theory because it always seemed to me to just be a big fat excuse for immature behavior. But still, I was so programmed that I began to feel that my failure to accept the program was my fault. Plus, I was terrified to leave because they had me convinced that I would wind up in a jail or an institution or dead.

OK, enough of the AA terminology - I'm starting to give myself the creeps. A couple of months ago I stumbled on Marianne Gilliam's book "How Alcoholics Anonymous Failed Me" and read it, cover to cover. It gave me the push I needed to leave AA for good. Since then, I have read everything I could get my hands on with regard to non-AA therapy, RR, MM, SMART, the AA deprogramming website and others and the 12-step-free email list I joined. And I have finally come to realize that I am not an alcoholic after all. I have even had a couple of drinks, and had no problems with it at all except for the echoes of 12-step hogwash in my brain, telling me it's only a matter of time, I'll wind up in the gutter, etc, etc.

But the real reason I'm writing is to make a point. In my case, anyway, the idea that alcoholism is a disease that is "passed down" through the generations was complete and utter nonsense, and very, very damaging. It was, in fact, a self-fulfilling prophecy. But I believed it, and will be dealing with the decimation of my already low self-esteem which occurred in AA for a long time. The notion that I was diseased for life and filled with character defects particularly got to me. But I intend to continue on my own path of "recovery", which is to trust myself, listen to my own intuition, research and explore alternatives until I find one that works for me, and get a good, non-12-step therapist. Maybe someday I will heal from the awful wounds of my childhood, which are the real reasons I drank to excess in the first place.

I do have to say also that my experience in AA taught me one thing - it taught me that I could stay abstinent if I so chose, without any help from the Big Guy in the Sky (How do they explain the fact that I prayed to Him as a child, daily, that I wouldn't become an alcoholic in the first place? Maybe He was on vacation.), because it was what I wanted at the time. And being abstinent for that time taught me that I could get my life together and function normally (what's normal?). I have a good job (the same job I kept throughout my period of excessive drinking), I bought a house (by myself), I am finishing my Bachelor's degree with plans to attend law school, and none of this happened as a result of AA. It happened because I made it happen.

btw, I'm so sorry for what A&E did to you and Ms. Gilliam on that horrible program last night. It's good that you went to law school. Maybe you can be your own first client.

Best wishes and thanks for your great work,

next: Introduction to Alcohol and Pleasure: A Health Perspective
~ all Stanton Peele articles
~ addictions library articles
~ all addictions articles 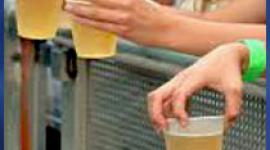 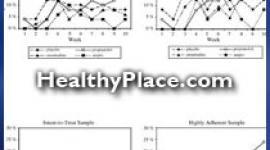