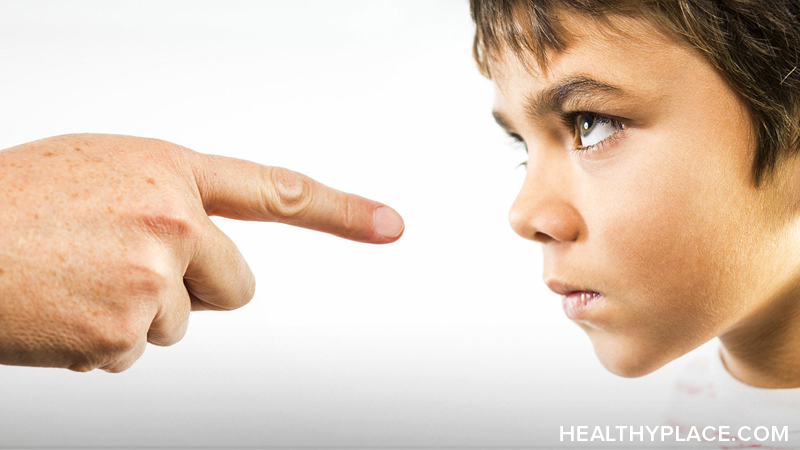 Oppositional defiant disorder (ODD) is a pattern of disobedient, hostile, and defiant behavior toward authority figures. To fit this diagnosis, the pattern must persist for at least 6 months and must go beyond the bounds of normal childhood misbehavior.

This disorder is more prevalent in boys than girls. Some studies have shown that 20% of the school-age population is affected. However, most experts believe this figure is inflated due to changing cultural definitions of normal childhood behavior, and other possible biases including racial, cultural, and gender biases.

This behavior typically starts by age 8. Emotionally draining for the parents and distressing for the child, oppositional defiant disorder can add fuel to what may already be a turbulent and stressful family life.

While this is one of the most difficult of behavioral disorders, setting firm boundaries with consistent consequences plus a commitment to improving your relationship with your child can help your family overcome the dominating grip that oppositional defiant disorder may have on your household.

What are the signs and symptoms of Oppositional Defiant Disorder?

Three characteristics of the child who has ODD are: aggression, defiance and the constant need to irritate others. When documenting the child's behavior; characteristics or behavior patterns should be in place for at least 6 months. The behaviors will have a negative impact on social and academic functioning. It is important to look for the following characteristics:

A pattern of negativistic, hostile, and defiant behavior lasting at least 6 months, during which four (or more) of the following are present:

Note: Consider a criterion met only if the behavior occurs more frequently than is typically observed in individuals of comparable age and developmental level.

The behaviors do not occur exclusively during the course of a Psychotic or Mood Disorder.

What causes someone to develop Oppositional Defiant Disorder?

There's no clear cause underpinning oppositional defiant disorder. Contributing causes may include:

What are the risk factors linked to Oppositional Defiant Disorder?

A number of factors play a role in the development of oppositional defiant disorder. ODD is a complex problem involving a variety of influences, circumstances and genetic components. No single factor alone causes ODD; however, the more risk factors a child has for ODD, the greater the risk for developing the disorder. Possible risk factors include:

In a significant proportion of cases, the adult condition of conduct disorder can be traced back to the presence of oppositional defiant disorder in childhood.

How is Oppositional Defiant Disorder diagnosed?

Psychiatric disorders are diagnosed by a review of medical history, ruling out other disorders, medical tests and ongoing observation. Parents may ask their pediatrician or family physician to refer them to a child and adolescent psychiatrist, who can diagnose and treat ODD and any coexisting psychiatric condition.

A child presenting with ODD symptoms should have a comprehensive evaluation. It is important to look for other disorders which may be present; such as, attention deficit hyperactive disorder (ADHD), learning disabilities, mood disorders (depression, bipolar disorder) and anxiety disorders. It may be difficult to improve the symptoms of ODD without treating the coexisting disorder. Some children with ODD may go on to develop conduct disorder.

Good documentation from both parents and teachers over a period of time about the child's behavior are critical for the practitioner. The onset of the pattern of behaviors often starts early from toddler/pre-school ages and is believed to effect both females and males. Some children will have both ODD and ADD, however, a child with just ODD does have the ability to sit still which isn't the case with the child with ADD or ADHD.

How is Oppositional Defiant Disorder treated?

There are relatively few studies done on the effective treatment for ODD. There is no one way to treat cases of ODD. Sometimes, medication is used to treat some of the symptoms, sometimes psychotherapy and or family therapy is used but more often than anything else, behavior modification is used. The earlier a form of consistent treatment is in place, the greater chance of success.

The best way to treat a child with ODD in and out of the classroom includes behavior management techniques, using a consistent approach to discipline and following through with positive reinforcement of appropriate behaviors. Be fair but be firm, give respect to get respect.

Treatment of ODD may include: Parent Training Programs to help manage the child's behavior, Individual Psychotherapy to develop more effective anger management, Family Psychotherapy to improve communication, Cognitive Behavioral Therapy to assist problem solving and decrease negativity, and Social Skills Training to increase flexibility and improve frustration tolerance with peers. A child with ODD can be very difficult for parents. These parents need support and understanding. Parents can help their child with ODD in the following ways:

Many children with ODD will respond to the positive parenting techniques. Consistency in rules and fair consequences should be practiced in the child's home. Punishments should not be overly harsh or inconsistently applied.

Appropriate behaviors should be modeled by the adults in the household. Abuse and neglect increase the chances that this condition will occur.

Successful treatment also requires committment and follow up on a regular basis from both parents and teachers. Expect setbacks from time-to-time but know that an ongoing consistent approach is in the best interest of the child.

When dealing with a child with Oppositional Defiant Disorder, sometimes parents are pushed to the brink - emotionally - and they consider sending the child to a "boot camp". According to the National Institutes of Health, punitive treatments like boot camps and "behavioral modification" schools which restrict contact with parents, and place the child among other disturbed children, can do more harm than good. 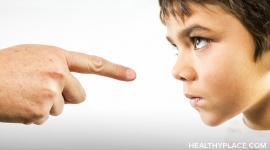 On the Incest Taboo: The Offspring of Aeolus