Contact your child's healthcare provider right away if your child exhibits any of the following signs for the first time, or if they seem worse, or worry you, your child, or your child's teacher:

Of all the antidepressants, only fluoxetine (Prozac®)* has been FDA approved to treat pediatric depression.

For obsessive compulsive disorder in children and teenagers, FDA has approved only fluoxetine (Prozac®)*, sertraline (Zoloft®)*, fluvoxamine, and clomipramine (Anafranil®)*.

PAXIL is a registered trademark of GlaxoSmithKline. 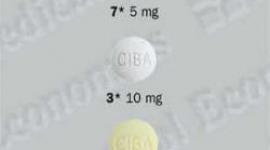 Wondering: "Do I Have Anxiety?"

Does Therapy Focus on Problems or Solutions?