Even today, the general public has little understanding of what's entailed in taking an antidepressant medication. Many think their doctor will give them a "miracle pill" and their depression will be cured. Unfortunately, for many, that's not the case.

As you may have discovered already, there's a large group of people with major depression for whom the first, even second antidepressant doesn't perform the way they hoped it would.

This brings us to our new special report on "Switching Antidepressants". In 5 pages, exclusively on HealthyPlace.com, find out

It's a must-read for anyone taking an antidepressant and comes along with audio comments from HealthyPlace.com members who share their personal insights into changing antidepressants and their experiences with antidepressant discontinuation syndrome; something you never want to have.

You might also want to read the "Gold Standard for Treating Depression," an in-depth, authoritative examination of the best treatments for depression, which includes depression treatment video interviews with award-winning mental health author, Julie Fast.

Have you heard of it? Satanic Ritual Abuse (aka SRA, Sadistic Ritual Abuse) was frequently in the headlines in the late 1980s and 90s. Allegations of SRA involved reports of physical and sexual abuse of individuals in the context of occult or Satanic rituals.

In the mid-80s, it reached panic proportions when owners of the McMartin preschool, in California, were put on trial for child abuse, including charges of satanic ritual abuse. The trial went on for three years before the owners were acquitted on 52 of 65 counts, and the jury was deadlocked on the remaining 13 charges against one owner with eleven of thirteen jurors choosing not guilty. During this period, over 100 other preschools around the country were facing similar charges. What eventually came to public light was that prosecutors, social workers and therapists had engaged in misconduct, using leading and coercive interviewing techniques, and therapy techniques that are now discredited. In addition, there was little or no credible evidence, besides the alleged victims own accounts, to indicate that satantic ritual abuse took place.

You don't hear much about it today because most people, including a majority of law enforcement and mental health professionals, either believe SRA doesn't exist or it's so infrequent as to be at an undetectable level. However, our guest on Tuesday's HealthyPlace Mental Health TV Show (see below) says she's a victim of satantic ritual abuse and is one of the few victims with corroborating proof.

Share your experiences with adult ADHD and depression or any mental health subject, or respond to other people's audio posts, by calling our toll-free number (1-888-883-8045).

You can listen to what other people are saying by clicking on the gray title bars inside the widgets located on the "Sharing Your Mental Health Experiences" homepage, the HealthyPlace homepage, and the HealthyPlace Support Network homepage.

If you have any questions, write us at: info AT healthyplace.com

Anne A Johnson Davis is a victim of ritual abuse, but unlike others who make such claims, she has proof - her parents admitted the crime to law enforcement. Her ordeal, survival story and message to other victims of child abuse on Tuesday's HealthyPlace Mental Health TV Show.

Coming in January on the HealthyPlace Mental Health TV Show

A note for those of you who missed the chatrooms on our site. We've updated our chat from private message only to the usual chatrooms where many can gather to discuss their mental health concerns. Once you log into the HealthyPlace Mental Health Support Network, click the "chatroom icon" located on the left side of the bottom bar on your screen.

And if you're not yet a member, come join us. Just register on our site. It's free. 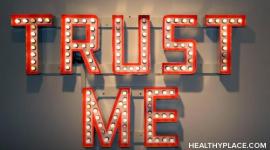 Learning To Trust Yourself When You Live With Mental Illness 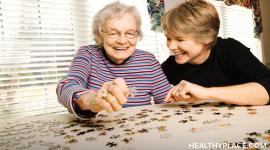 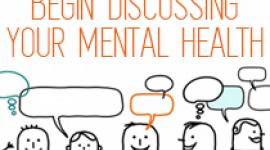 Is Mental Illness Always a Factor in Suicide?

3 Tips for Reducing Stress This Summer

How To Get Disability Benefits For Mental Illness

Helping A Loved One With a Mental Illness

Your Mental Health Year in Review