Eating Disorders: Why Images of Overweight Women are Taboo 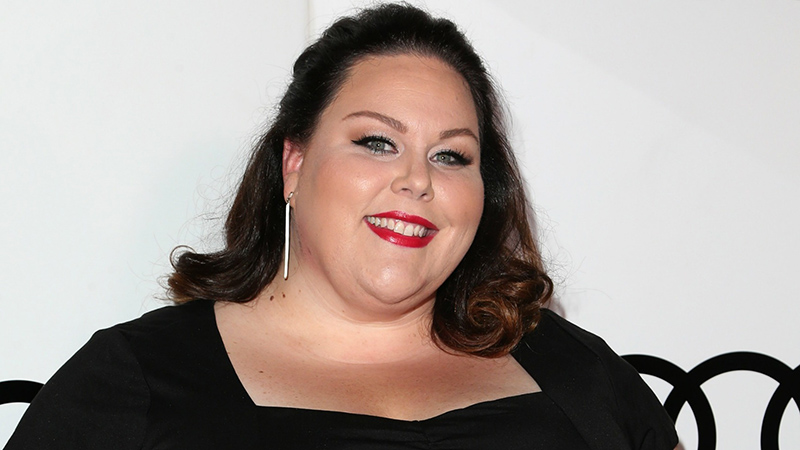 As a nation, we're wrestling with the fact that we're getting fatter and fatter all the time - on average, we've gained eight pounds apiece in the past decade - and we don't know what, if anything, can be done about it. The news about fat is confusing: On the one hand, some obesity experts say that even being a little chubby puts us at a greatly increased health risk; on the other, psychologists and exercise physiologists tell us that dieting can be damaging, exercise is what counts, and that weight obsession is a fate far worse than love handles. One headline in Self shouts that 15 extra pounds can kill you; another in Newsweek questions, "Does it matter what you weigh?"

As the media try, on the surface, to sort through the weight debate, what's being communicated underneath, in many cases, is our society's deeply held moral and aesthetic prejudice against being heavier than a thin ideal. Magazines may write about the fact that you don't have to be runway thin to be healthy, but they stop short of picturing anyone with a little extra flab. They know what sells.

As a journalist who has written about obesity for many magazines, and as an author whose book on the diet industry, Losing It, made me the Weight Expert of the Week recently, I've seen up-close how strong the bias against fat people runs in the media, and how that prejudice confuses the real news about weight.

Magazines are becoming increasingly willing to write about the fact that it's unreasonable to expect that every woman in the country should be a size six, but it's much harder to change the images. Newsweek recently did a well-researched cover story on the weight debate that came down on the side that your weight isn't very important to your health as long as you exercise; but the cover art, designed to sell copies, was of two perfectly chiseled torsos (male or female, pick your fantasy). 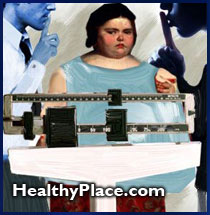 In better women's magazines, the editors - many of them feminists - are committed to giving their readers solid information about the dangers of dieting, weight loss scams and women's problems with body image. But usually such articles are illustrated with thin models; of the pieces I've written, only Working Woman dared to use a photo of a large woman.

I've complained to my editors: Most are aware that they aren't doing their readers any service by showing only photos of prepubescent girls, and are frustrated that real-sized women never make it into the pages. They know that the message of a story that takes a more forgiving and moderate approach to weight gets undermined with a gaunt model. They do battle with the art departments, and they usually lose. One senior-level editor at a national women's magazine told me that no matter how often she tries to raise the issue, it's absolutely taboo to run photos of women who aren't slender and attractive - even if they're the subject of a profile.

I took my complaint directly to an art director when a story I wrote was illustrated with a "fat" woman who weighed maybe 135 pounds. "Women look at magazines and want to see a fantasy," the art director told me. "They don't want to look at real women, they want to see the ideal. You can't use an overweight woman in a beauty shot because it's a total turn-off." In a magazine whose reputation rests on its solid journalism, the art didn't even illustrate the point of the story, which was that you can be really fat and be healthy if you exercise. No one was arguing that someone who's 135 pounds is unhealthy to begin with.

There's a certain cognitive dissonance going on here: The art director told me she doesn't think that magazine photos of flawless and gaunt models have anything to do with why many women who read those magazines find that their sense of imperfection and self-loathing increases with every page they turn. "I absolutely agree that the obsession with thinness in this country is crazy," she told me. "But there's nothing we can do about it."

Most art directors feel that way, but there's some evidence that women readers won't necessarily shriek and drop a magazine if it contains a photo of a model who weighs more than 123 pounds: Glamour has started using large-size models occasionally in fashion spreads, and readers have been delighted. Mode, a new fashion magazine aimed at "real-sized" women - sizes 12, 14, 16 - has been flying off the newsstands, chubby covergirls and all, and editors there have been inundated with letters from readers who are excited and relieved to see women their size who look terrific pictured, for practically the first time, in a hip and glossy magazine.

Too Big for TV

On television, for the most part, fat people are as invisible as in fashion magazines. When fat people show up on TV, they aren't usually serious people, but are either comics (the jolly fat person) or pathetic talk show creatures whose lives are miserable because they can't lose weight. They're circus freaks to remind us that there but for the grace of Jenny Craig go I.

When I've helped TV producers put together segments on weight (do any of them do their own research?) and suggested sources, some have immediately asked me about the size of the people I mentioned: "We don't want to turn off our viewers." (Others have been braver: MTV, which, given its demographics, might be the most afraid of turning off viewers, was more than willing to shoot some smart, sassy and very fat young women.) When a producer for the Maury Povich show called to ask about appearing on the show, she said she'd heard my photo had been in Newsweek. "You're not the one with the hot dog, are you?" she asked, describing a photo of a fat woman. I wasn't. "Oh, my God, that's good," she said.

I've become aware of the irony that one of the reasons media people have been willing to accept me as a spokesperson for fat people is that while I'm chubby enough to credibly know something about the issue, I'm not actually fat. I'm not thin, but because I'm thin enough, and blonde and pretty enough, TV producers are happy to have me talk about problems with the diet industry and weight obsession. They've managed to work up real outrage that someone like me is considered "overweight" by doctors whose studies are financed by diet and pharmaceutical companies, and that I was put on starvation diets and diet pills when I went undercover to some diet doctors. They listen to me when I say it's better to stop dieting and just exercise and eat healthfully, because I am the picture of health. They nod along when I say that women are far too preoccupied with their weight, and it undermines their sense of strength and self-esteem, because I don't threaten them. If this is fat, they seem to be saying, then we really shouldn't discriminate against people who are fat. "But what about people who are obese?" they always ask. That's a different story.

The media have been taking some steps toward dealing with the issue of weight more positively and realistically. They have to, because more and more of their audience is getting fat. We're getting beyond obvious fat jokes, dire health warnings, and ten-day crash diet plans, and we're a long way from the "Lose Weight While You're Pregnant" articles that ran in women's magazines in the 1950s. (Interestingly, a newspaper that has no photos, the Wall Street Journal, does the best job of any national publication of covering diet doctors, pill mills and weight loss scams.)

It takes a long time, though, before people become more open-minded about a deeply held prejudice, and the media's first forays into change are almost always tentative and palatable: Light-skinned African-Americans are still more acceptable on TV, for instance. There's no question that Gloria Steinem became a feminist media leader in part because her good looks didn't inspire deep fears about nasty-looking lesbians taking over the world. And when Naomi Wolf talked about the ugly politics of beauty, it didn't hurt that she was gorgeous, either.

I suppose it shouldn't bother me to realize that media have been willing to listen to me talk about fat because I'm not fat. But it does.

Laura Fraser's book is Losing It: America's Obsession with Weight and the Industry that Feeds on It. 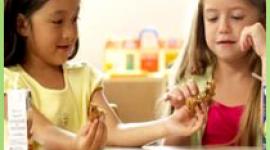 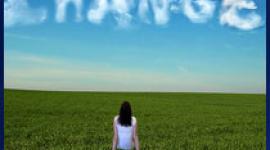 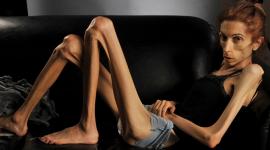 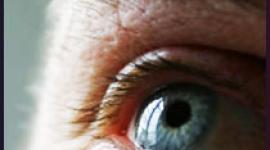