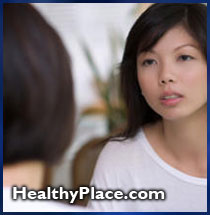 Helping young people battle an eating disorder is one of the toughest challenges ChildLine's counsellors face, according to a study of calls to the charity about the issue. Now a new report, I'm in Control - Calls to ChildLine about eating disorders, offers fresh insights into these life-threatening problems - revealing that friends are often the first to be told about a young person's eating disorder, and that family members have a vital part to play if a young sufferer is to recover from an eatin disorder. The report (based on analysis of calls to ChildLine between April 2001 and March 2002) also found that an eating disorder is almost always part of an 'intertwined knot of problems' - including family breakdown, bullying, bereavement, and in some cases child abuse - which must be unravelled one by one before the process of recovery can begin. (For extensive information on child abuse, visit HealthyPlace Abuse Community.)

Each year ChildLine helps around 1,000 children and young people suffering from eating disorders and last year almost 300 additional children spoke to the charity to seek advice about how to help a friend with an eating disorder. The report, sponsored by Next and written by award-winning journalist Brigid McConville, examines the gruelling and compelling testimony of young sufferers and demonstrates that there is rarely a single cause for an eating disorder.

ChildLine's Chief Executive, Carole Easton, says: 'This report makes a significant contribution to the debate on this difficult subject because it gives a voice to the young people whose lives are being destroyed by these debilitating conditions. We hope that it will form a springboard to greater understanding and offer fresh hope for young sufferers, as well as their friends and families. The pictures painted by this report are of intelligent, successful, high-achieving and determined young people who may seem unlikely to be vulnerable to destructive behaviours like anorexia and bulimia.

However, a closer look often reveals a "knot of problems" out of which an eating disorder develops. Eating disorders may develop from a need for young people to feel a sense of control, to communicate feelings, and to block out painful emotions. All too often young people get a sense of self-worth from controlling their intake of food and this is what makes it so challenging for others to help break the iron grip of an eating disorder.

'Children and young people in their thousands turn to ChildLine's experienced counsellors every day of the year to talk about every problem imaginable - including those as harrowing as abuse, and attempted suicide. Yet our counsellors say that, of all the problems they help young people with, eating disorders are among the most challenging. This report shows that ChildLine's counsellors can help to cut through the confusion of denial and distortion facing loved ones when they try to help. When children call ChildLine and talk to a counsellor about an eating disorder they have already taken the first step along the difficult road to recovery - - acknowledging that there is a problem. ChildLine is empowering for young people as they are in charge of the process and can call or write when they choose. The relationship can take on a special resonance as their counsellor can't see them and therefore can't "judge" them on their appearance.'

The report reveals that:

Carole Easton says: 'Eating disorders are a minefield for everyone affected by them. One of the saddest revelations in ChildLine's report is the sense among some sufferers that their eating disorder is a coping mechanism that stops them from ""doing something worse" - and ""as an alternative to suicide, is a familiar friend that keeps them alive" The cycle of denial and deceit, and frequently withdrawn and angry behaviour of a young person with an eating disorder, can almost seem designed to drive away those who care about them, leaving parents and friends utterly bewildered and at a loss as to how to move forward.

'But our report also brings home the fact that friends and family must not give up - - their love and support is essential in building up a young person's self esteem and bringing them back to health. Although there is no single solution to the tortuous situation an eating disorder can provoke, families and friends are the best allies a young person has, and the most effective remedy is when everyone - - friends, family, school, professionals, and ChildLine counsellors - works together to ensure there is always someone to turn to.'

All identifying details have been changed

Becky, 14, called ChildLine because she wanted to know more about the symptoms of anorexia and bulimia. 'I've lost a lot of weight recently', she said. 'I only eat one meal a day and often I throw it up.' Becky told her counsellor that she enjoyed swimming at school but often felt faint when she did it. 'I've no energy so I've stopped doing exercise', she said. 'I haven't told my mum - we argue a lot.' Becky said she often felt fat - even though really she knew she wasn't.

Rhiannon, 13, was very upset when she called ChildLine. 'I got a swimsuit for my birthday but when I tried it on I realised I'm too fat to wear it', she said. 'I know I'm fat because my friends at school tease me about it.' Rhiannon paused and then she said, 'I've started making myself sick. It's been a few months now.' She said she had done this in the past and had lost weight - but she had ended up in hospital. 'I liked being thin - but I didn't have any energy so I couldn't play out with my friends.' Rhiannon said that her mum always tried to make sure she ate regularly.

When Ian, 13, called ChildLine he said he had recently started a special diet to help him lose weight. Ian told ChildLine that he had been 'really overweight' so his GP had given him a course of medicine to suppress his appetite. 'They worked and I lost weight which made me happy', he said. Now that he had finished the course Ian told the counsellor that he felt 'very alone' without the back-up of the drugs. 'Now I'm scared that if I start eating again I'll put the weight back on.' Since stopping taking the tablets he had only been 'snacking now and then'.

'My boyfriend is really annoying me', said 16-year-old Emma when she called ChildLine. 'He keeps asking me what I've had to eat - I always read the information on food to check I am eating well'. Emma told ChildLine that she was feeling pressured about her eating habits by several people in her life. 'My friends at school like pointing out who in the group has put weight on and where on their body. And sometimes my dad says to me watch what you eat or you'll end up as big as your auntie.'

When Natalie, 15, called ChildLine she said, 'I want to talk about food. I can't stand the thought of it inside me - so I throw it up.' Natalie said she was very unhappy about her weight but couldn't talk to her family. 'I'm being picked on at school 'cause I'm fat. If my folks find out I may as well just run away - I think they're embarrassed to know me anyhow'. She said that she had always had a problem with her weight. 'I'm so big it's unreal', Natalie said. 'I feel like food is destroying me - making me feel bigger - but then I feel so hungry'.

APA Reference
Gluck, S. (2008, December 20). Eating Disorders Are the Toughest Challenge for Our Counselors, HealthyPlace. Retrieved on 2022, November 28 from https://www.healthyplace.com/eating-disorders/articles/eating-disorders-are-the-toughest-challenge-for-our-counselors 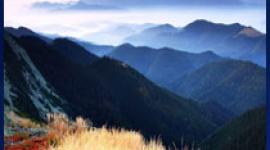 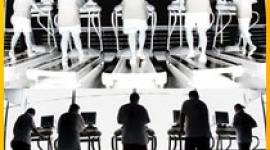 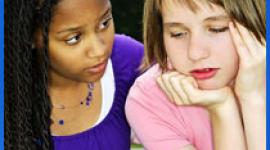 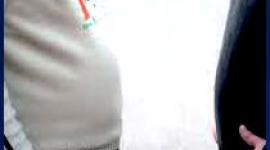