Black or White: Mental Health Disparities Between the Races 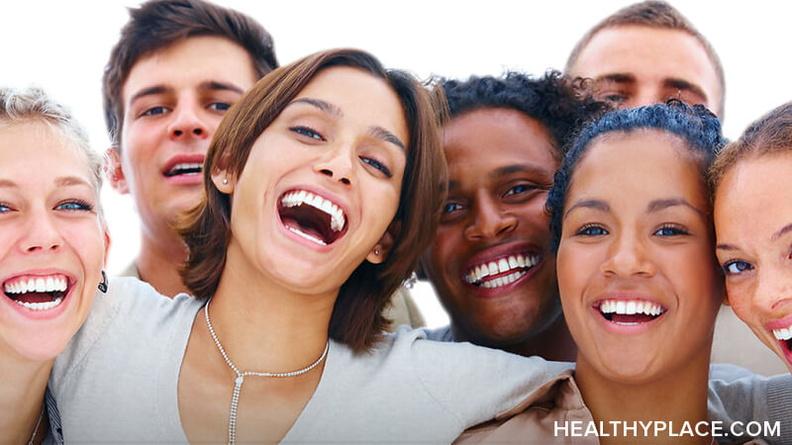 The cultural differences between African-Americans and other racial groups has created a chicken-egg phenomenon within the mental health community. Are the disparities between the racial groups due to institutionalized racism and the lack of resources for minority groups? Or are there disparities because Black people and other ethnic groups choose not to discuss their mental health problems and participate in treatment? I would argue that it is a bit of both.

Reasons for Mental Health Disparities are Not Black and White

I came across a recent article The Criminalization of Mental Illness in Black America. It discusses the complexities of race, mental illness and the criminal justice system in the United States. Here are some facts from the piece below:

I have had unfortunate interactions with the police due to my race and my mental illness. I was nearly shot and arrested by the cops in Harlem while I was having a panic attack. My family is of Jamaican descent. They have a mistrust of "modern" medicine and the medical community. Some of these beliefs are silly and juvenile but other aspects of it are warranted. There is an abundant insensitivity and misunderstanding within the medical community because of several reasons. One is the cultural differences between patients and caretakers due to the lack of diversity among mental health-care providers. A second reason is the historical mistreatment minorities have suffered by the hands of government agencies including the police, the prison system and the educational system to name a few.

Racism and the Stigma of Mental Illness

Segregation was legal in the USA less then fifty years ago. There are still many members of the Black community who grew up in an era of injustice. There are also people of my generation who have parents, grandparents and other relatives who were raised during the decades where people of color were deemed inferior. The stigma of mental illness is still very strong in our country. The issue of race is painful and divisive as well. Combining both race and mental illness creates more difficult issues and a whole new set of problems for our society to solve.

I am a African-American and doesn't have insurance. There have been times when I needed to be Hospitalized for symptoms of BPD. I do wonder how far will my treatment go without it. I feel and know I will need more than Medication to help in my journey to start recovery. This is due to not having a job to financal and Medical insurance backing I need.

Kathleen I agree. We probably have improved but there is still a lot of work to be done. Thanks for continuing to educate people about the disparities/barriers. Good luck with your presentation.

I am preparing a presentation on disparity and barriers for African Americans, and the facts were alarming (especially since I have been in the business for a long time). I would have hoped we have grown and learned more by now, oh well, we just have to keep growing and learning in order to improve services given.

With as much as I know about mental illness, what you wrote actually surprised me. I had never really thought about race and mental illness together. It really shows the privilege of being white in society. This is a big reality (and privilege) check.
As well, I can't imagine nearly being shot, let alone arrested, for having a panic attack. As far as society has come in regards to racial discrimination, there is still a long way to go.

I've never really thought about this before. Thank you Shawn. Your article gives me a new and different perspective

Hey Traci I am really glad you gained some insight from the article. That is really meaningful. Thank you.

I've been in the hospital four times, the same hospital which is a private hospital. Only once did I see an African American there. All it was were white people. I do wonder why that is. Why do white people get the help and not other races.
Michele

Part of it might also be lack of health insurance coverage. Most of the time I ended up in the hospital they were public hospitals and I was there because of suicide attempts that caused me to be brought through the emergency room.