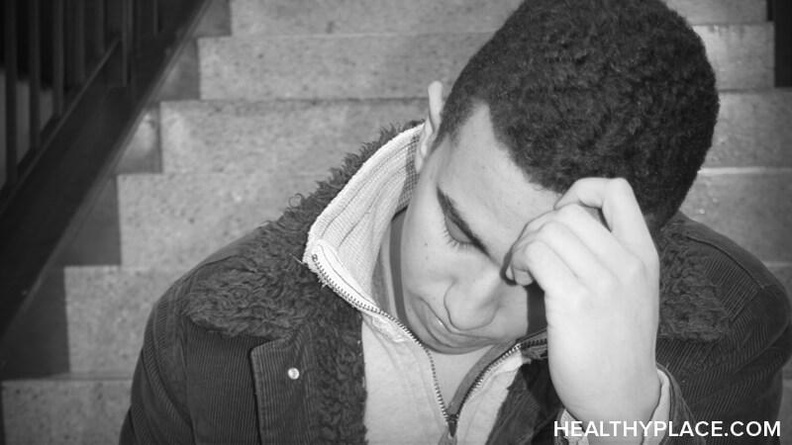 It has recently been confirmed that United States Congressman, Jesse Jackson Jr., is being treated for depression. For approximately seven weeks, Jackson Jr. had been absent from his congressional duties but the public was never made fully aware of why. Unfortunately, there is still a lot of stigma inside the Black community regarding mental illness.

Bipolar disorder, depression, schizophrenia and other severe mental illnesses have very negative connotations; especially when associated with men of color. Men, regardless of ethnicity, who acknowledge any mental health struggles usually have their masculinity questioned. This usually prevents us from seeking diagnosis or treatment.

Seeking Answers Other Than Treatment

Men generally ignore physical or mental health problems. This is especially true of men who are members of minority communities. We usually distrust the medical community and have accepted the stereotype that men should be tough. Visiting a doctor or hospital is only seen as a last resort once our symptoms become unbearable or truly life-threatening.

Within our society, mental illness and mental health problems are seen as a sign of weakness. Soldiers returning home and suffering from post-traumatic stress disorder tend to not seek treatment because of mental health stigma. Sadly, it is seen as unmanly to acknowledge any mental health difficulties. Men are are not supposed to be sad, vulnerable or emotional. 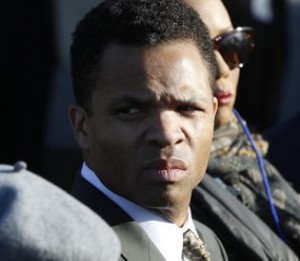 These cultural norms cause many men to suffer in silence and to not seek treatment. Jesse Jackson Jr. is an example of this reality. He decided to hide from the public his treatment for depression. Any person who has a mental illness and seeks treatment is very brave and shouldn't have to worry about their career or public image being put in jeopardy because they chose to get help.

I think the biggest obstacle for men, especially Black men, in seeking treatment for a mental illness like depression is talking about their feelings of sadness, hurt and pain with a therapist. When I was first diagnosed, I had difficulty speaking to my therapist because

I think more men of color need to be open publicly about their mental illness and mental health struggles and how seeking treatment has allowed them to live successfully in recovery. I believe this would greatly help combat stigma. It took me five years after my first hospitalization to finally feel happy and optimistic again. I wished there was someone who looked like me who had let me know that there was hope. Maybe me and Jesse Jackson Jr. can start a trend.

Black or White: Mental Health Disparities Between the Races
Cayenne Jan (@onlypeace4us)
January, 16 2013 at 9:28 am

I hope the J. Jr. will get to a place where he can be an Advocate for others.
That is my purpose in life. I only need to look as far as my own child to see how much help she needs. In truth, I believe both of my parents had/have BP and their parents as well. Who knows how far back that DNA goes.
BTW White men don't do doctors either. At least the ones I have known, but I do agree with your comments. Thanks for being here.

Truth is none of us know what Jackson is going through. It is likely that his medical providers, family members and even Jackson himself are still in the early processes of understanding his depression. You do not always need to know the causes of depression to treat it either, at least not immediately. What matters now is that he is surrounded by loved ones and is getting the help he needs.
http://www.blackwiththeblues.com/2012/07/jesse-jackson-jr-hospitalized-for.html

I totally agree with your assessment Michele and I think your statement about him getting the necessary family support and treatment is spot-on. In a ideal world those circumstances would be there for everyone.