Pretending to Be Someone Else at Work Can Cause Depression 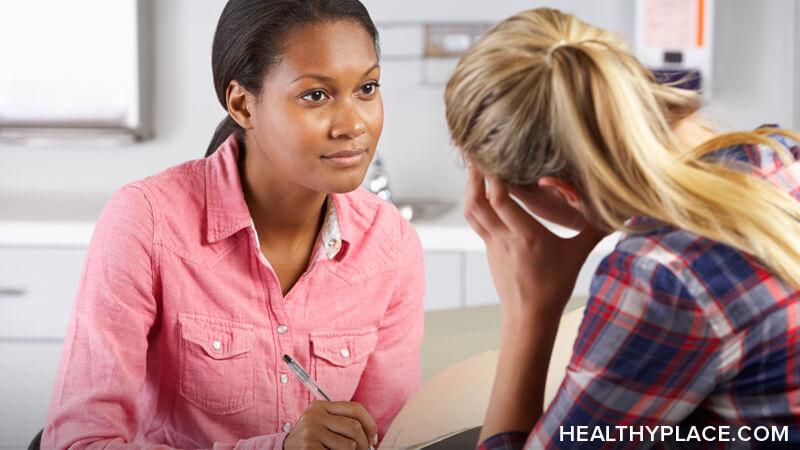 Have you ever pretended to be someone else at work? I don't mean faking confidence or competence; I mean faking your personality. For example, let's say you like to spend your breaks listening to music by yourself but everybody else in your workplace likes to hang out and chat. Even though you don't like it at all, you join them day after day merely to fit in. The longer you keep up this facade, the harder it is to stop and be true to yourself. It may seem harmless but behavior like this can cause as well as worsen depression. Let me explain with a real-life story.

Pretending to Be Someone Else Is Dangerous

A few years back, I used to work as a full-time writer. Even back then, I was depressed, so I had limited mental and physical energy. I would feel especially low after lunch and needed a nap to function until evening. I asked around to know if there were others like me. While many people wanted to nap because lunch made them drowsy, I came across a coworker who needed a post-lunch nap just as urgently as I. She was going through situational depression and naps were one of her coping mechanisms.

We decided to get what we needed. It wasn't as if the management was going to allow us to rest at our desks, so we had to find some other space. When I discovered an entire floor that was lying unused, I was elated as we could nap there in peace. But my coworker chickened out at the last minute as other's judgment got to her. She decided to power through with caffeine while I took catnaps by myself. I was the only one doing this and it wasn't a secret; I prioritized my needs over what others thought of me. And it was because of these very naps that I was able to get my work done.

What happened to my coworker? She did more than not nap to avoid being the odd woman out. She pretended that everything was fine in her life and that she was perfectly happy. In fact, she was known for her chirpy personality. I knew it was all an act as whenever she confided in me, she said nothing had improved. (She trusted me as I had spoken about my mental health struggles and was nonjudgmental in general.)

Every Act Must End

Long story short, she couldn't keep up with her false personality anymore. She was forced to quit after she burst into tears in the middle of an important meeting. She was not made to leave, she quit out of shame. The thing is, she was a valued employee. She could have easily kept her job but she was afraid she "had to leave because she could no longer keep up the act."

On the other hand, I quit on my terms later that year. Sure, I wasn't popular but I was mentally stable.

While she is in a good place today, she had to struggle a lot to improve her mental health. Putting on a mask at work worsened her depression and caused severe burnout. She was barely functional and unable to work for nearly two years. Hers was an extreme case of conformity and smiling depression; your case may be milder.

Regardless, authenticity is important, more so when you struggle with mental illness. When you are depressed, the best way you can take care of yourself is to save your energy for the things that you need to get done. Focus on doing your job and then leave for the day. And just as importantly, be yourself instead of pretending to be someone else.

Tags: pretending to be someone else at work and depression

APA Reference
Shaikh, M. (2021, May 12). Pretending to Be Someone Else at Work Can Cause Depression, HealthyPlace. Retrieved on 2022, July 1 from https://www.healthyplace.com/blogs/workandbipolarordepression/2021/5/pretending-to-be-someone-else-at-work-can-cause-depression

The Sneaky Impact of Internalized Capitalism on Depression
What to Do If Someone Is Faking Depression at Work
Lizanne Corbit
May, 12 2021 at 7:21 pm

This is something that can seem so innocent, harmless, or even positive in many cases but when we really look at it we see just how damaging it can be. It's also amazing to think about how many of us are doing this in one form or another. Whether our workspace is returning to a physical office or continuing virtually this is a good read for anyone to do a check-in with.

I'm glad you agree, Lizanne. Thank you for sharing your professional view. I hope more people can be themselves at work.