ECT: A Treatment for Treatment-Resistant Depression 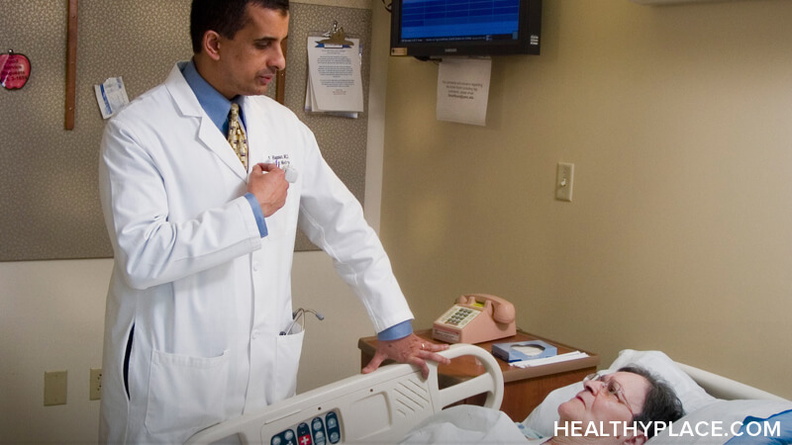 Electroconvulsive Therapy (ECT) is a treatment for depression and other psychiatric disorders. One source of information for this essay is the article in Psychiatric Services in the September 2001 issue, entitled “Electroconvulsive Therapy.” ECT treatment is administered by trained professionals in a medical setting. Usually a psychiatrist and an anesthesiologist are present.

While I am not a provider of ECT, I have referred patients with depression for this treatment. I refer patients for ECT when other types of treatment have been ineffective in treating a mood disorder. This is a particularly attractive option in persons with severe, recurrent depression who are at risk for suicide.

How Does ECT Work?

With electroconvulsive therapy, a patient goes through a seizure. The seizure will usually last for one minute. The patient is given anesthesia and muscle relaxants just prior to the procedure. A patient usually receives up to 12 treatments, given several times a week. ECT can cause memory problems, but these issues usually resolve with time. Immediately following a ECT treatment, patients may have side effects such as headache, nausea, confusion and muscle soreness. Sometimes, patients receive maintenance or continuation ECT, given to help prevent the return of depression symptoms. (Read more about how ECT works)

Ms. Carol Kivler will be the guest on the HealthyPlace Mental Health TV show on February 24, 2010 (here's the link: Video on Electroconvulsive Therapy for Depression (ECT). Ms. Kivler has been treated with ECT on several occasions, for depression that has not responded to medication alone (treatment-resistant depression). She will give a mental health consumer’s perspective of this often life-saving treatment.

Ms. Kivler was diagnosed with clinical depression in 1990 and underwent an inpatient psychiatric hospitalization at that time. Since that time, she has experienced several recurrences of her illness, which have resulted in inpatient psychiatric hospitalizations and further treatment with ECT. Ms. Kivler reports being in recovery from mental illness for the past 8 years.

She has written the book, Demystifying ECT plus a blog post for HealthyPlace titled 50 ECT Treatments: Clinical Depression Brought Me to My Knees.

The Stigma of Mental Illness Causes Undeserved Shame
50 ECT Treatments: Clinical Depression Brought Me to My Knees
Connie
March, 8 2010 at 6:09 am

Steve, hang in there and follow up with your physician. My 20 year old son had SEVERE depression that wouldn't respond to most every antidepressant on the market. His depression began when he was 13 years old. A year ago, he was hospitalized and had 10 ECT sessions while an inpatient and 5 more as an outpatient. He didn't have any relief until his 8th treatment. Please keep your doc in the loop and let him/her know if you aren't better.
The University of Arkansas for Medical Sciences Campus in Little Rock, Arkansas has an absolutely wonderful state-of-the-art Psychiatric Research Center. It is amazing. Perhaps your physician could consult with the docs there, if needed.

I have suffered myself with severe treatment- resistant depression for over 20 years. I just got out of the psychiatric ward after receiving 6 electroshocks. I am still very depressed and wonder if I don't need more E.C.T. Having this relentless depression is like carrying around a 1000 pound weight year after year. It's discouraging as hell when you feel like there is no relief in sight. Steve

I had ect and it was HORRIBLE. It took me more than 10 yrs to lie flat on my back again. I still have flashbacks just seeing this article. It is difficult for me to say how much fear this brings up.