Ours is an age of scientific marvels where the distant fantasies of yesterday have been productized, packaged, and delivered to customers remotely before they even realized they wanted them. It leaves one breathless.

Science, traditionally a discipline devoted almost exclusively to the enterprise of capturing insects, applying Latin names, then cutting them in sections, continues its ascent. Today, as society’s moral center erodes and the values traditionally associated with organized religion crumble, we observe that science has supplanted religion as the new sociological belief system – ironic, really, since there are no beliefs in science as such – only facts, or so the guys in lab coats remind us. 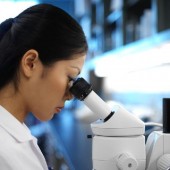 And wasn’t it science that discovered the human gene gnome, despite its roaming, and learned how to actually modify our very components? Yes, yes, yes, it was! And after all that, wouldn’t you think that science would be able to untangle the molecular messes that cause mental illness? You would think that, but we Whackadoomians don’t catch many breaks.
However, science has figured out a way to modify and improve many of today’s most popular mental illnesses, so they are better suited to the needs of today’s Whackadoomian on the go.

Here are just a few of the new and improved mental illnesses science will be rolling out soon.

Depression-Lite – Has all the robust functionality of regular clinical depression but recedes during holidays, family functions, and special occasions.

Igoraphobia – Like agoraphobia except that sufferers are only afraid to leave their homes when the moon is full, or monsters are abroad.

Tibet’s Syndrome – Similar to Tourette’s Syndrome except that instead of bursts of rage and inappropriate language, patients occasionally blurt out random snippets of Buddhist philosophy.

Just Plain Irritating – Just Plain Irritating is a generic version of Passive Aggression with the devious, sneaky element removed. Sufferers are every bit as maddening to others, but at least friends and relatives don’t have to decipher complex, endlessly deceptive behavior.

Border Guard Personality Disorder – Take a pinch of xenophobia, fold in a heapin’ helpin’ of grandiosity, season liberally with insecurity and voila!

Cliptoemania – Combing obsessive behavior with personal hygiene, cliptoemania has no downside except in those cases where sufferers insist on clipping the toes of others.

The march of science will not be denied! Stay tuned for further developments.

Hi Alistair :) I've come across another engineered mental illness: Agoraplumbinga, a paranoid fear of various types of serpents roaming throughout your household plumbing.