The Other Side Of Suicide: A Contrarian Perspective

This is National Suicide Prevention Week and like many others who care about mental health issues I am turning my attention to this most terrifying – and taboo – of subjects.

I have been living with bipolar disorder, and substance abuse issues, all my life. When you inhabit this environment as long as I have, suicide is no longer a dirty secret, a shameful fate that happens to others - it is simply an element of routine reality. In my world everybody knows someone who committed suicide; I’ve known dozens. Many of us have attempted suicide ourselves. This forbidden act is simply part of our scenery.

There are as many ways to commit suicide as there are reasons. In the program of Alcoholics Anonymous – (in which I have found shelter for the past 12 years) – we speak of “the death of 1000 cuts” and “suicide on the installment plan”. These concepts apply to individuals who have a strong death wish but lack the commitment to see it through to its logical conclusion. They would rather torture themselves and their near and dear until, at last, they’re used up. 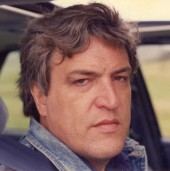 So, between the manic depression tormenting me, and alcohol and drug abuse issues coming along for the ride, what is amazing about my story is that I am here to tell it to you. Should you happen to read my bipolar memoir, Invisible Driving, you will quickly learn that mine is a story of fabulously reckless, dangerous, and self-destructive behavior. It looks flamboyant and fascinating in the rear-view mirror, yes, but living it was terrifying.

This is really my secret, the reason why I am such a happy man and so grateful to be alive every day. I am enjoying much more existence than I could have reasonably expected – and certainly more than I deserve. Today I savor living, and the main reason for this is that I spent so much of my time courting death. We were like lovers in the park, holding hands. The romance is over.

I was once the painfully shy teenager, the one who wrote poetry, standing on the bridge, staring over the railing. I can romanticize the doomed artiste all day long, I can count the long parade of musicians, painters, and writers that died young, I can pretend that failure to accept the world as it is somehow proves greatness or validates flight.

I can do it and I can even understand it. But I can’t approve of it anymore. In addition to all its other faults, the selfishness, the cruelty, the short sightedness, is a fault I cannot endure. It’s a cliché.

APA Reference
McHarg, A. (2012, September 12). The Other Side Of Suicide: A Contrarian Perspective, HealthyPlace. Retrieved on 2023, January 30 from https://www.healthyplace.com/blogs/funnyinthehead/2012/09/the-other-side-of-suicide-a-contrarian-perspective

Dispelling Some Myths About MIPs (Mentally Ill People)
The Unwell-Come Wagon: Gifts For The Newly Diagnosed
Kathleen Heintz
October, 27 2012 at 1:53 am

Also, you're very handsome. You should smile sometimes. :)

I can totally relate to your remarks about being a teenager and thinking of jumping off a bridge or throwing yourself off the top of a building. Depression can do that to you. I self-medicated with alcohol when I was a teenager and young adult, but couldn't deal with pot (Too Paranoid). About 8 years ago, I stopped drinking cold turkey. I was on anti-depressive medications and wondered how my behavior was affecting my teenage children. It was the best decision of my life. I still struggle with depression and have been diagnosed (finally) with narcolepsy with cataplexy. I take one day at time. As a matter of fact, I recently honored one of my dear friends who has been sober for 5 years at her anniversary celebration. She lost her 39 year old daughter to alcoholism over 12 years ago. I marvel that she can still embrace life and speak to young people about her experiences with alcohol and loss. I admire your candid assessment of life on the edge and how you managed to climb down and start living.

Thank you so very much for writing, Kathleen - and congratulations on leading an alcohol-free life. I am moved by your observation that your alcohol use was effecting your teenagers - it truly is a family illness. Putting an end to "self-medication" pays so many dividends - and sobriety is a way of life than a state of being. With the fog of booze removed - the other issues become easier to spot and confront - as they did with you. Yay! Nice to meet you and please do stop by again soon. (I do smile quite a lot.) ; - )

My 15 year old son did not torture his near and dear. He brought his family sheer joy every day of his beautiful life. We loved him so much.
It was the thoughtless and nasty comments of some of his school peers that broke his heart and brought such shame to his young mind that he could not see out of it.
Is this one of the thousand reasons you are talking about?
I know my so wanted to live. He texted 999 for help which was responded to with an automated reply informing him he was not registered to use the service.
Knowing that he called for help is one of the most searingly painful things I know about my son's death.
I do not blame him for being young, confused and temporarily lost.
I believe in suicide prevention and would wish for the taboo to be utterly swept away and for this to be talked about openly and honestly in schools.

Paolo Crouch: I am so sorry about your loss. People seem to be most vulnerable in their late teens.

Thank you for sharing on a distressing topic. I said last week, at the service of an 80 year old man who had completed suicide, that "I don't mis understand suicide." I've attempted my own; my father succeeded. I appreciate that you are bringing awareness via your story.

Thank you for reading and writing, I appreciate it. It is my nature to talk about things that make people uncomfortable - somebody must. Suicide is a part of life, making it taboo may make life more comfortable for some, but it doesn't solve anything. Best of luck with your good work.

I don't quite know where to begin because my story seems to fit into so many categories. Anyway, here goes: I have just got home from a shopping trip in the rain, and I am shaking. I came out of the car park, then proceeded to drive on the wrong side of the road on a highway. It was only the sight of some oncoming cars that made me swerve, and thankfully not crash into somebody else. I, too, have had bipolar, PTSD, the works all my life, and am a real mess after a cocktail of meds. The loneliness is perhaps the worst thing to bear. I have tried to commit suicide twice, but obviously did not succeed, but my husband did. I was spending a month in a psych ward at the time, and the day I was released he decided that it was a perfect time to take an overdose. This was eleven years ago now, but it seems to have left indelible scars. We had a long happy marriage before he decided that he would control everything I said and did. I didn't even have a key to my own front door, and somebody else had to let me in because my hand was shaking so much. So here I am. 65 years old. Still alive, and doing quite well under the circumstances. Thanks to anyone who got this far in reading my story. Maybe I will not feel quite so alone now. I've just reread this horrible 'victim' story, and must make a big effort to be more positive about life. Thanks again.

Hello Mareen: Thank you so much for writing. Isolation is the enemy, I hope you will continue to reach out. Best wishes, Alistair

I only tried to kill myself once, had the knife and the pills out, but fortunately a few friends called and I was stopped. I hate to think what my husband(who was out of town) and children would have gone through. I'm still tortured by that at times when I'm low. The med cocktail is working so that doesn't happen too often now.

Thank heaven for the "med cocktail" - so much healthier than alcohol. We are people who feel things intensely, and that can make us vulnerable at times. It is better if that evokes feelings of compassion - and healthy protection - rather than recrimination. You were blessed, that's a happy story. "What might have been" can always be a tragic story, to a mind that's gloomy to begin with. Thanks for writing.

The death of 1000 cuts and torturing yourself instead of suicide. That's what I do. But I am killing myself a little at a time. I would never commit suicide but I'm definately hurting myself and those around me. Thanks so much for this, it definately speaks to me.
Michele

Thank you for writing and good luck to you. -- We hurt ourselves in many different ways. Our physical health, but also, denying people who want to be friends, get to know us, be kind. - Hell, I couldn't buy a shirt! - But being good to yourself can also be learned - especially by starting small. -- Hope you stay in touch. Cheers.