Re-feeding: Not Just For Anorexia Treatment

A lot of people seem to think that "re-feeding" is just for treatment of anorexia. I'd like to argue for a different way of looking at weight restoration and nutrition for all eating disorders. 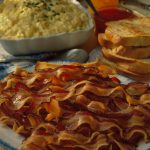 Defining weight restoration not as easy as it sounds

There is a misconception out there that anorexia is treated by getting the patient out of the danger zone for medical problems. Another common myth is that you can "see" when someone is underweight. "Re-feeding" isn't just an attempt to prevent death or make a person look normal. Getting a patient's body - and brain - back to normal is also functional: the malnourished brain is the cause OF many of the thoughts and behaviors we think of as "anorexic" and that we interpret as being that person's choices and real thoughts. In fact, the thoughts of undernourished people from any cause are remarkably similar: obsessive interest in food, rituals and fixed beliefs around food, a distorted sense of body size and shape, social withdrawal, and a decrease in emotions. Restoring the brain requires FULL restoration to an optimal weight and body type - not just "out of medical danger."

Food is medicine for bulimia, too

Bulimia does not usually cause weight loss, but that doesn't mean re-feeding is not part of recovery. Many bulimia patients are living below their own optimum weight, or are skipping types of foods or going long periods between meals. Normalizing eating is important here as well. Breaking the cycle of restriction/binge/purge requires the same meal structure as is necessary in anorexia treatment, but with the added necessity of ending the binge and purge behaviors as well.

What about binge eating disorder?

BED is often referred to as bulimia without the compensating behaviors (purging). It is often also a cycle of restriction or selectively restricted eating followed by bingeing. Increasingly, treatment for BED involves the same attention to structured meals as necessary with anorexic and bulimic patients.

All eating disorders, although they are mental illnesses, require normalization of eating as part of treatment. This is a tremendous challenge and patients deserve both enormous admiration and the focused support of family and professionals as they do so. While therapy and other supports are important they cannot go on without full nutrition, full time if they are to be successful. As parents we play a large role in making that happen.

YES!!!!!You are completely correct; just like individuals who are anorexic, bulimic patients need to learn to "eat" right. By the way, could you please do a blog on what to do in order to prevent binging??