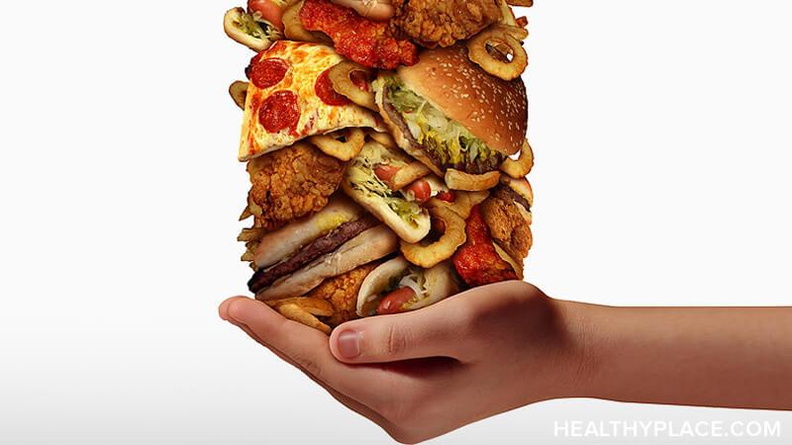 I want to ask you a favor. Just for right now, try to set aside everything you’ve heard about eating disorders.

Forget all the magazines, movies, rumors, and that girl in science class. Forget the after-school special, the celebrity photo, and your own relationship with food and weight. Let's start over fresh. Before my daughter developed a life-threatening eating disorder, I had a lot of ideas I needed to forget. Let me offer you a new view.

The first thing I need you to know is that eating disorders are a real illness. No, we don’t have a blood test or a brain scan yet, nor do we know of an exact DNA location – but it is increasingly, and I would say conclusively clear, that this is a brain-based mental illness just like schizophrenia, depression and autism. The genetic predisposition for anorexia, bulimia and other eating disorders are there from birth. What triggers the illness in those with these genetics is a mystery, but one thing is clear: eating disorder patients have not chosen to have these thoughts and behaviors and deserve to have their condition taken seriously.

The next thing I tell people I meet is that not every eating problem is an eating disorder. While those of us without eating disorders may feel as if we can relate, it really is different than the usual dieting and overeating and body image issues so common to our society.

Poor Body Image Does Not Equal an Eating Disorder

I want everyone to know that eating disorders, anorexia and bulimia, aren't just about being thin, wanting control over one's life, a response to trauma, or a sign of child abuse - though those eating disorder signs may also be present, just as they are in the general population.

We can’t tell if someone has an eating disorder just by their appearance. Weight change is one result of the eating disorder, but the brain disorder can be present even at average weights.

Eating disorders ruin lives, ruin families, disable and kill. I meet these families all the time and they need us to understand how hard it is and how urgent it is to get the anorexia and bulimia patient into recovery.

I used to believe an eating disorder was just a medical issue. I was wrong; it is an emotional, cognitive, behavioral nightmare. We need to be humble in how we speak about the struggle these patients experience. We must not underestimate the heroism it takes to fight an eating disorder, or take our responsibility lightly. Our optimism and our actions can make the difference.

We no longer need to look at an eating disorder as a lifelong issue or one that cannot be successfully and fully treated. Eating disorders are a treatable mental illness. With early intervention and assertive treatment, patients have a good chance of full and lasting recovery. Even longtime patients can recover fully. As parents and caregivers, it is our job to believe in, and work toward, FULL recovery for our loved ones.

I could not agree with you more, Karen. Parents need to step up. We, as a society, need to work on the stigma around the illness so parents can feel less frightened and defensive.
I know I still sometimes feel the sting of people's distaste when I bring this topic up, but I figure every time I do it that's one flinch toward desensitizing the issue.

As the sibling of someone who’s suffered with anorexia and bulimia along with depression for years (it’s a wonder that she was able to have two pregnancies!), I think not only is it important for parents to get information but also to WANT to get information.
My parents unfortunately never got my sister any help whatsoever. They were in complete denial and my sister started with this at age 17 and she is now 40 and they are still in denial. We grew up in a dysfunctional family and this was my sister’s result; mine was a shopping addiction which it took years to get over. Thank goodness I always had the finances to cover myself and never got into trouble-except for a jam packed closet.
My sister is now married to a controlling, arrogant man and she will never go against anything he says or wants-and her illness hasn’t improved. We have been estranged now for 6 years and a friend of mine said she saw her in the grocery store-she was buying 10 gallons of ice cream-and nothing else. This and cheesecake were my sister’s favorite foods with the bulimia. She is a lost soul.
Parents need to accept the fact that their child has an addiction and become fully involved in the recovery process. They cannot think of it as some sort of stigma, which my parents did.

Nancy,
You may feel powerless and people may tell you you are - including your dear son - but age is just a number. A growing number of parents are refusing to sit back and watch helplessly as a loved one suffers.
Eating disorders are a brain disease and one of the symptoms is an inability to see the seriousness of the illness or to have motivation to change. It is our job as loved ones to know that recovery brings insight - not necessarily the other way around. As parents we have to change our attitude and create an environment where movement toward recovery is the only choice. We can make our homes and our families a safe place for recovery and act on our loved one's behalf until they can.
Nancy, please visit the F.E.A.S.T. website for ideas and links for caregivers to take a more active role in recovery: www.FEAST-ED.org.
Full recovery for YOU and your dear son: that is the goal.

I am a long time sufferer of an eating disorder and now have a teenage son suffering from Anorexia. I look forward to what ever Laura has to offer and hope that she can offer more uplifting advice than that which has been bestowed upon us thus far. More importantly, I am desparate to learn how to encourage my son into treatment as now he is 18 and the laws leave you so powerless as parents once they reach that age. We are at such a hopeless point in our struggle to get him well.

As a long time sufferer of eating disorder and now a parent, this will be helpful information to incorporate into my own recovery.