Coping With Adversity and Depression

Adversity and Depression Can Be Overwhelming

Recently, I've been coping with adversity along with depression. I had been working part time for a local charity since last December and I was made redundant last month. I also had a "dry patch" in my freelance work, following an issue with a client who didn't pay me for the work I did, so my finances weren't in the best of shape either. I had been on top of my depression while things were going well, but with this set of adverse circumstances, my depression returned with a vengeance. I was completely overwhelmed by everything and I didn't know where to start -- should I battle the life difficulties or the depression first?

Ask For Help To Cope With Adversity and Depression

Seriously, don't try and do this alone. I tried, and sent myself to a very dark place, so I don't recommend trying to carry the world on your shoulders. Depression can get very scary, so if you know you're sliding back into it, deal with the depression first. 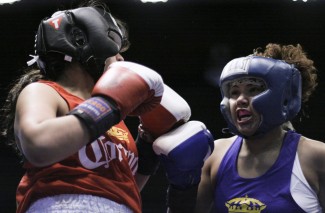 My family doctor was a great help when I eventually realised I needed to see her, and she reassured me that I was, in fact, dealing with a bit of a crappy hand and doing my best to battle on several fronts. Just a little bit of reassurance helped me move away from feeling like a failure, and see it more in terms of: "I'm dealing with some difficult stuff right now." I was able to go back on selective serotonin reuptake inhibitor (SSRI) antidepressant I had been taking until the end of last year, and within a week or so, the clouds had lifted and I could think a little more clearly about some of the things I could do to help myself. I wish I'd read Ashley's post about having a plan to prevent depression before my recent episode -- that's something I'll be taking forward.

Dealing with Adversity and Depression One Step at a Time

It's okay not to have all the answers straight away. It's also a part of having depression that we don't always cope with adversity very well, and that adversity can worsen depression. Dealing with things in small steps can help. Prioritise the things that are both important and urgent, and other things can wait for when you're well enough. Make a plan that feels achievable for you (don't try and do too much and set yourself up for failure) and start to deal with things. Actually, when you do start to resolve even small matters, it can actually improve the depression, but you need to be well enough to take those small steps first.

The following video describes what I've learned about dealing with adversity and depression and what I'll be putting in place to help myself in future.

How to Create A Wellness Plan to Prevent Depression
Decisions About Parenthood and Depression
Todd @Addiction Solutions
August, 2 2015 at 8:50 pm

While coping with adversity and depression there is always a need of someone with whom everything can be shared. One always needs constant support while going through these. Great Post, thanks for sharing.