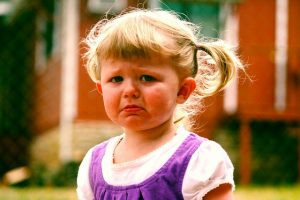 eating disorder experience. Hunger, in general, is a good thing. Hunger tells you to eat when your body needs fuel. It reminds you that you are getting low on resources and you have to restock. But when you have binge eating disorder the urge to eat has nothing to do with satisfying your body's need to refuel.

The type of compulsive hunger I'm talking about is one that occurs when you're full, when you've just eaten, when you're eating shortly, when you don't need any more food. The complete opposite of the starvation diet mentality. It's a type of mental hunger that does not stop, no matter how much food you put in your mouth. It's part of the compulsion that drives binge eating disorder and when you have a bad day, it could be a really bad day.

The best way I can find it describe it is if you had a small, whiny, demanding child following you around all day and all they wanted to do was eat. No matter what you tell them, it's met with insistence that they do need to eat and they just want something small and it's so unfair that they're not eating right now. The only time they shut up for a second is when you're actually eating. As soon as the last bite is taken, it starts up all over again. Now imagine that child being underfoot every second from the time you wake up to the time you go to sleep.

What Is It Like To Experience This Kind Of Compulsive Hunger?

When binge eating disorder brings on compulsive hunger, you might experience it in a variety of ways. When I've had it, it's an insistent and constant voice of that whiny child in my head who demands I should eat something. No matter what I'm doing or what I'm involved in, it tell me, constantly, that I should just have a snack, have a meal, have something.

Soon, no matter what I'm doing, I'm thinking about when my last meal was, what kind of food I have access to, and whether or not I should get something. Then voice will tell me that there are potato chips on top of the fridge and they're the ruffle kind I like. It will remind me that there's a Panera Bread nearby and I could just get a small dish of their mac and cheese. It informs me that it's been a good 20 minutes since I had food, so why not just have a little bite before the next meal?

When you have binge eating disorder, compulsive hunger can become a crippling and anxiety-inducing part of your life. You need to eat to stay healthy, but when your brain is telling you to eat without stopping, it can be hard to make judgements on what is good for you and what is the compulsive hunger. Talk to your doctor or binge eating disorder therapist to come up with a plan of action on how to deal with these incessant cravings.

I've found it helps to slow down and really ask myself if I feel hungry, if I need food, or if it's just my annoying companion, compulsive hunger bothering me again. There isn't one way to deal with this problem, so you will have to discover what works for you. Until you fill up your toolbelt with ways to deal with your binge eating disorder's compulsive hunger, remember that you will make mistakes. Do the best you can and always strive to do better tomorrow.

More on Binge Eating Disorder and Its Companion Compulsive Hunger

I have been struggling with multiple eating disorders my entire life. I really never took the binge eating disorder as "that bad" because I thought I was just weak or I could start starving and get it under control whenever I wanted. But, regardless of whether I was eating or starving, that voice you are talking about was never still (or it was in chorus with the mean and critical voices, eg, "You eat lumberjack portions"). Lately, I tried something new. I have been being the voice I wanted to hear when I was young in regard to food. I tell myself that I can have whatever I want and that there will always be more. Food was used to manipulate, reward and punish me my whole life and, yet, it was my fault because I could never get it together enough to be thin. It has been really helping. Knowing I don't have to scarf down everything in sight because tomorrow it would be gone and I'd be back in diet prison. So, I hope it continues to work for me and that maybe this can help others. It seems simple but sometimes the problem only feels big! Thanks for sharing this post!

I'm going through this right now!!