When you have binge eating disorder, coping after a binge or overeating can be tough. Binge eating disorder is a serious mental illness that is can be very difficult to control. Occasionally, you will slip and binge. The strongest person with the most self-control is sometimes not able to fight off the compulsion to keep eating and the inability to stop once you've started. You might feel a lot of different things after you've binged and that's completely natural. But remember, this one lapse does not mean that you've lost the battle. You can cope after a binge or overeating.

The Urge to Binge, Overeat

When I was at my worst with my binge eating disorder, I would binge so frequently that I told myself not to keep track because it was too depressing. I was cleaning out the fridge, rebuying the food that I had gone through, and trying to keep it all a secret. No one ever discovered what I was doing with the food. But my significant weight gain due to the binging was a dead giveaway.

As much as I wanted to stop, I couldn't. As much as I tried to control myself, my behavior was absolutely compulsive. I could not stop without gastric sleeve surgery and lots of support from binge eating disorder professionals. 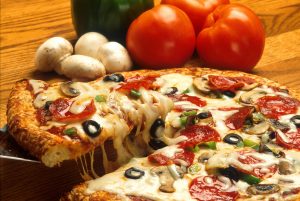 After I started treatment for binge eating disorder, I thought I was now magically never going to binge again. But a few weeks into treatment with a binge eating disorder therapist I got upset (I can't even remember from what) and my automatic reaction was to eat. After I finished my binge I started crying because I felt so guilty and ashamed of my behavior.

I was supposed to be getting better and I had just done exactly what I was trying not to do. But the truth is that I'm only a human being with a mental illness and sometimes things are going to happen. There's no benefit to ruminating over a binge because there's nothing I can do about it now. I had to move on and work on my recovery with my binge eating disorder therapist. I had to learn how to cope with a binge, overeating.

After the Binge: Focus on Your Binge Eating Disorder Treatment

It's completely natural to feel like you've failed in your binge eating disorder treatment after a binge or overeating. But you can't let this define your recovery. You can get better and you can work to conquer your binges with your support system and doctor(s). Be gentle with yourself and be understanding when things in your life overwhelm you and you go back to the one coping mechanism that you've been using for longer than you haven't been using it.

Tell your doctor what happened and if the binging continues, find a new treatment option. This disease can be dealt with, you just have to find what works well for you. Even with binge eating disorder, you can cope with a binge or overeating. Binge eating disorder is a very difficult illness, but you are stronger than it and you can live with it.

Thanks for sharing this story and how you coped with the binging and overeating feelings. Like you said, it is important to remember that you are stronger than the disease.