What Are Eating Disorders When You Look At Popular Culture? 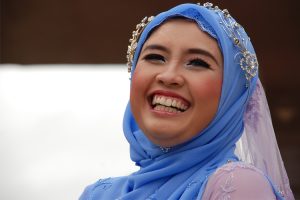 If you ask a random person what they think of when they hear the phrase "eating disorder" it will probably conjure up images emaciated white women with anorexia nervosa or bulimia nervosa. Society has cultivated a ideal where thinness is seen as a problem and being overweight is caused by a lack of self-control. Also that women, caucasian women, in particular, are the victims of these disorders. In the larger narrative of mental health problems when it comes to food, it always seems to be dangerously-thin, white females that get to do all of the talking.

But eating disorders are not that simple. The victims don't fall into one archetype and the kinds of illnesses that there are, are not limited to two options. When society decides that one person has this kind of illness and all others are encroaching on someone else's identity, it harms everyone that has this problem and is seeking treatment for an eating disorder.

How can you tell if someone has binge eating disorder? You can't. There is no way to tell by looking at someone if they have binge eating disorder and no one should ever make judgements about others' health or happiness based on their weight. There are thin people with this disease, just as there are larger people with it as well. There is no one way that someone should look when they suffer from this mental health issue and excluding someone because of how they look from the discussion is completely unhelpful for everyone.

"Are You Sure You Have Binge Eating Disorder?"

It's funny how people's opinions on what kind of eating disorder, and how serious it is, have changed since I got gastric sleeve surgery and shifted a significant amount of weight. When I was a size 24, people made the following assumptions about me:

Now that I'm a size 14, I get these assumptions about what eating disorders look like:

How Can We Change What People Think Binge Eating Disorder Looks Like?

The first thing is to always remember that someone's body does not reflect their physical health, their mental health, or their feelings about food. No one has any right to read into someone's figure what their past is and how they have dealt with it. Everyone deserves to be able to tell their own story their own way and have it listened to.

If someone does decide to tell you about their eating disorder, then listen, don't judge, don't make assumptions, and don't try to finish their sentences. Even if you have the same disorder that they were diagnosed with, even if you have experience with this disorder, don't assume. It's their story and that needs to be respected. Don't let society determine what binge eating disorder looks like.