Hungry: When I Went On Starvation Diets 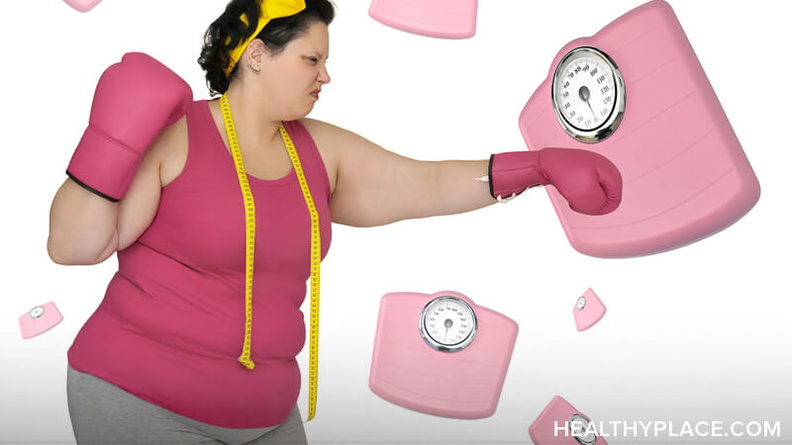 It might seem obvious that starvation diets, restricting food to the point where you are not taking in enough calories for your body to properly function, is a bad idea. But when you have an eating disorder and you're desperate to lose weight, sometimes you do things that are definitely not good ideas. But starvation diets don't work in the long term and will only hurt your body. Although starvation diets are popularly linked with anorexia nervosa, people with other eating disorders can experience this as well.

My Experience with Starvation Diets

When I was 18, I dated an older man that had a unique way of losing weight; he just 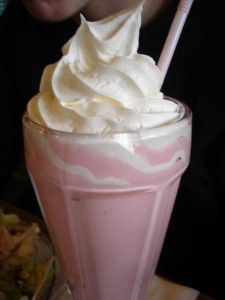 wouldn't eat until he dropped a certain amount of pounds. I had never heard of this kind of diet. I knew about starvation and remember seeing pictures of emaciated people with their bones visible through their gaunt skin, that was hardly something that I wanted to emulate. But when I realized that I had unexpectedly put on weight, and with the knowledge that every other diet that I had tried just didn't work, I decided to try this "fasting" for myself.

At first, it was a bit of a challenge. Could I do it? Could I really go without food? I made it one day and although I was tired and hungry, I thought I could manage it. I stuck with it for a week and when I stepped on the scale, I was amazed; I had lost nine pounds. I had never lost that much weight in such a short period of time and I was hooked.

I would jump on the scale every week and be delighted with my weight loss. The weight fell off me and everyone started to notice and congratulate me on it. I was more than happy to accept their compliments and revel in a kind of attention that I had never received before. Peoples' comments just spurred me on.

The Reality of Starvation Diets

I stayed on this diet for about two months before I ended up having to go to Urgent Care. Since I was consuming almost no solid food at all (I would occasionally have a piece of chicken or bread about half the size of my palm) and I was drinking milkshakes, Dr. Pepper, and other things that are in no way healthy for you, I ended up becoming so constipated that I hadn't gone to the bathroom in well over a week. The doctor, upon hearing about my "diet," shot me a look and told me that I had to stop this. Not just for the problem that I came in to see them for, but for my general health.

After I broke my fast, I managed to keep the weight off for a few months. But slowly, the weight creeped back on. I gained 30 pounds back by the end of the year. I went on sporadic starvation diets after that, but I was never able to stay on it that long and it seemed that as soon as I went off the diet, I would gain all of the weight back. Just like all of the yo-yo diets that I had ever been on through my life of dieting to counteract obesity.

No More Starvation Diets for Me

After I had my weight loss surgery, I found that if I went more than a few hours without eating or missed a meal, I would start to feel so nauseous that I would eventually start dry heaving. So starving myself is not an option for me anymore. But even if it was, I would never do it again. This doesn't work and only makes weight loss and emotional issues surrounding your body image worse.

My experience has been a little different...
I'm currently on a low dose mood stabilizer (Lamictal) and antipsychotic (Abilify) for maintenance of my bipolar 1 disorder which is currently in remission. Both medications are considered weight neutral. But it's still extremely hard to lose weight eating like a normal person does so I cut my calories down to 500 a day. Since Feb 24, 2016 I have lost 58 pounds. I was 295. I've been having a protein shake in the morning with 1/2 a banana. (The banana is loaded with potassium which is good for your heart and I also take a vitamin D which is good for your bones and teeth) and I also have a large vegetable salad in the evening (no junk food whatsoever) and I can honestly say that I am not the least bit hungry. I used to CRAVE sugary foods ALL the time but that feeling is no loner a problem for me. The medication seems to have normalized my moods (i used to be an emotional eater) and taken away my hunger. I would not consider myself constipated although I only poop about 3 to 4 times a week (and not every day like I used to) but if you don't eat alot you're not going to poop alot either. I find the salad gives me all the ruffage I need without having to resort to laxatives. My blood sugars measure 4.5 on my diabetic metre - I was previously 7 + and considered pre diabetic. This is well within the normal range which is between 3.8 and 7. I know this because my dad was diabetic. And my blood pressure is 125 systolic over 68 diastolic (according to the machine at the drugstore) which is also considered healthy according to what I've read on the Internet. The only exercise I do at the moment is swimming and walking. So far I feel no ill effects cutting my calories down to 500. I have lost nearly 3 pant sizes and my feet don't hurt at all anymore. I am not suggesting that this way of eating will work for everyone but it certainly has for me