Binge Eating Disorder and Other Mental Health Disorders Like Bipolar 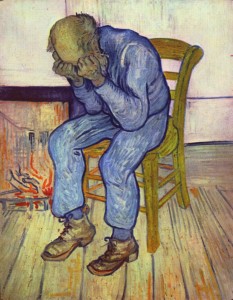 When you have bipolar disorder and things are not going well, everyone tries to come up with ways to cope. Some coping skills are positive and can help you through the difficult times but others are not. And it's those that you have to worry about.

I used food to cope with my bipolar disorder for many years. When I was depressed, I would be so distraught that I needed food for comfort. Soon, it got to a point where food was the only thing that comforted me. Before I knew it, I was relying on food to get me through the day and my weight quickly swung out of control.

In some ways, it was impossible to tell what part which illness played in the overall problem. I ate because I was sad; I was sad because I ate. I thought that food was my only outlet and I told myself that my only outlet was food. (Depression and Food Cravings).

Other Ways To Cope with Hunger and Cravings

It took a really long time for me to realize that the reason why I never felt "full" was because it wasn't food that I was needed. For years, I had been stuffing myself until I felt sick, but still never felt satisfied. That was simply because I didn't need food at that time.

Although my brain was firmly telling me that I needed food in order to be happy, I eventually realized the food wasn't making me happy at all. It was impacting my health in a very negative way and had started to restrict my daily life. Slowly, I learned how to find other ways to cope with my feelings when I got depressed or overwhelmed.

This might not work for everyone or indeed anyone else, but here is what I do when I realize that I feel mentally hungry and not physically hungry. I sit down and write. I always have a list of blog topics, short story ideas and novel projects to work on. Once I get focused on another task and I completely forget about hunger and I realize I wasn't hungry to begin with.

I also sometimes call or message a friend and chat for a while. I watch a movie or TV show. I get on Wikipedia and look up something completely ridiculous and learn as much useless information as I can. If nothing takes my mind off of my stomach, then I was probably actually hungry. Then, and only then, will I get something to eat.

When you're dealing with binge eating disorder and another mental health disorder, things just get far more complicated. But just as you learned to cope with food, you can learn how to cope with something else. You might need the help of a therapist or counselor to guide you, but there are ways to deal with this as well. There is always another coping mechanism.

I too am a binge eater. Unfortunately binging is how I cope with anxiety and uncomfortable emotions. I also have bipolar disorder and GAD. My co-worker who I closely work with has confided in me that she has bulimia. Our jobs can be very stressful at times and lately neither one of us has been doing very well. Earlier this month my weight ballooned to the highest it's ever been and my coworker's doctor has threatened to hospitalize her if she can learn to curtail her purging
Any ideas on how to deal with work related stress...

I'm so sorry to hear that you both are suffering due to work. I haven't addressed this topic yet on my blog, but I definitely will in the upcoming weeks. Work stress can be a huge trigger for anyone with a mental illness and I know I've definitely experienced it as well.
Best wishes to you and your friend.

You are so right! I have BED, PTSD, Anxiety and Bipolar Depressive Type 2...i have struggled with my weight and food issues all my life. I think it' s a great idea to journal and distract while you have the urge to binge. I find my trigger is sadness and anxiety. I am learning new coping mechanisms to help deal with all this including seeing a therapist.

This is a great article., thank you