This past weekend, I attended a 2 day photography workshop. I picked this particular workshop because it wasn't too far away from where I lived. I paid for it over a month in advance and I was really looking forward to it. I knew when I paid, I would cross my fingers that my hubby would be in town to watch the little one, but that he could possibly be gone as well. Sure enough, the day before the workshop, he had to fly out of town at the last minute for the entire weekend. It made things complicated; which was what I wanted to avoid.
We were scrambling to find babysitters for both nights but we managed to do it. Now, I had to drop her off on my way there, making sure she had dinner and a nap, as opposed to just leaving her with her Dad.

I ended up arriving 5 minutes late the first day, a bit frazzled from my circus 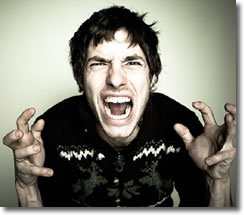 routine in getting there. The instructor made sure to point it out to the class, which left me a little uncomfortable right from the start. He was poking fun at how unprofessional I was to arrive late and how real photographers are always early. I wanted to sock him for not realizing the hoops I was jumping through to even be there, 5 minutes late or not.

The first day was classroom instruction. The second day was an actual photo shoot, but the location was undisclosed until we were at the workshop. When he announced the photoshoot was 40 minutes away, I was again annoyed. That added two more babysitting hours onto the next day, and it meant I had to drive on two unfamiliar highways to get to a random overpass. Driving to unfamiliar places, especially when there are highways involved, makes me very nervous. (Read "Driving Anxiety: Do You Have Anxiety While Driving?")

The next day, I left much earlier so that I could have plenty of "getting lost" and "freaking out" time if I needed it. On the way there I thought to myself: "I am actually paying someone to torture me like this. I put myself in this uncomfortable situation, and its a good thing to do, but I still paid an arm and a leg for it." In the end, I was so proud of myself. I found the location in one piece and I got there early. Anyone that gets nervous driving knows that after a drive like that, you are still a little on edge.

As I was setting up, I asked the instructor a question. I don't remember the question, and I don't remember his answer except for when he told me I should "just relax!" He said that several times to me over the two day course. I must have come across to him as a really uptight person. That's not who I want to be. However this workshop was a stressful thing for me to do. And again, his judgmental, transparent comments left me annoyed.

Anyone with anxiety knows that if we could "just relax" we would in a heartbeat. Its not easy for us to calm our nerves, slow our pounding heart, and fully enjoy everything.

I had a stressful but growth filled weekend. I learned that even if I don't like someone's personality, I can still learn from them. I learned that I can do hard things, all by myself. And I bet you can too.

I wish just telling me to relax would actually made me to feel better, but unfortunately it doesn't. It makes me think people are judging me. Ughh it's a weird feeling!

I feel yah, Aimee. Yah "just relax" or "calm down" is a real good. I have a lady friend who dis likes those phrases as well usually crazy makers or button pushers tend to now them. There are a few others but can't think right now

"Just relax" is one of my most hated phrases as well. I think it come from growing up in an environment where my brother and father would make fun of me and I would get upset about it. And then I was supposed to "just relax".
And you're right, if I could relax, I would. Telling people to relax does pretty much the opposite. It's dismissive and belittling.
- Natasha Tracy (bipolar and anxious)