Loss of Love or Loss of Life -- Which Do You Fear? 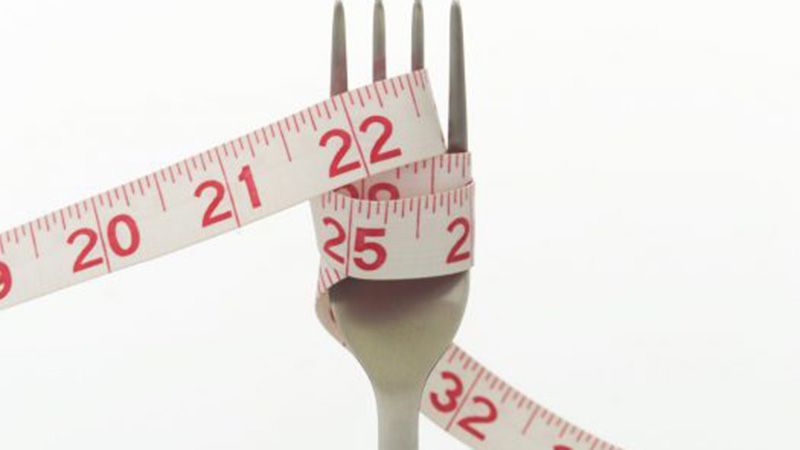 Years ago, I tracked my anxious thoughts in a journal to define my triggers and reduce my negative thinking. Triggers are fears or situations that bring your anxiety to a heightened state. For example, speaking in public, riding in elevators, writing a check, or driving on freeways may trigger anxiety for some people. Eating in public around others has always been a big trigger for me.

I learned over time that my biggest trigger of eating around others was really just an outer layer of the onion. It wasn’t the actual act of eating that was fearful to me, or being in a public restaurant, it was the judgments of those around me that really got my heart racing.

“There are two basic causes of anxiety: fear of harm and fear of loss of love. … Secondary causes of anxiety are situations which threaten to bring about either of these conditions, such as battle experience or loss of money or loss of social prestige” (Weiss and English, p. 23).

I fall in the category of “fear of loss of love”. Even though I know it’s silly, I want everyone to like me, and I avoid confrontation at all costs.

How does someone acquire a “fear of loss of love” and more specifically, have that fear manifest itself around eating in public?

Growing up, instead of fat jokes, I got nicknamed “Chicken Legs.” Walking through the cafeteria, a table of boys would balk like a chicken, flapping their arms.

On a date, I had a panic attack that caused me to vomit on our way to my home. My date and his friends referred to me as “Bulimic” for the rest of the school year.

In a society where meal proportions get bigger and bigger, I constantly heard, “That’s all you’re going to eat?” More than once, people that were sincerely concerned about me asked if I had an eating disorder. So I began to not enjoy eating around others. I got tired of the jokes that were never funny and comments about my weight. I began to worry that if I didn’t eat enough, people might think I had an eating disorder.

I walked into these situations already in a heightened state of anxiety and if something didn’t distract my thoughts, I ended up hurling somewhere. I then worried that would only confirm people’s suspicions of me having an eating disorder.

I know I do not suffer from bulimia or anorexia. I now know that my problem is anxiety, triggered from the fear of being judged, and is most prevalent around food because that’s where I’ve been judged most in my life. Other fears such as driving, going far from home on a vacation, or certain social situations also give me anxiety. I don’t blame any of this on the people that I mentioned. I fully understand that it is my responsibility to determine my attitude about these situations that I have been placed in. I only use it as a guide to understand how I got to where I am today.

Which do you fear? Loss of love like me, or a fear of being harmed, and why?

About Aimée - Author of The Nitty Gritty of Anxiety Blog
Self-Esteem: Be Your Own Kind of Beautiful
Conscious Dolphin
July, 24 2010 at 2:52 pm

Triggers is also a common term used in addiction recovery. For example, people, places, and things that remind the person of when they did in their addictive acting out or lead them to this behavior can be triggers. HALT is often looked at since it stands for being hungry, angry, lonely, and tired as states when we are more vulnerable to triggering situations.

In my case, people's criticism is a huge fear for it is interpreted as a loss of their ability to see me as someone they value and find attractive enough to deemtheir attention and respect. Like Dan (Jan 31, 2010 comment) loss of love ultimately is what I am speaking about... The fallacious generalization is that everyone must love me in order to feel secure. The thought of someone disliking me, anyone's disapproval, has become an exaggeration that dominates my interactions with people... I now know that this fear is understandable and can be alleviated by recognition, sitting with the discomfort it creates, exposure to the fearful situations and attention to the outcome of the interaction (s) which usually is alot less fearful than my anxiety and mindreading tries to make me believe. Stay with it friends, social anxiety requires us to believe in our innate worth, a reality that comes from God or his friends like myself. I say whoever you are or whatever your anxiety says about you, your anxiety is only a part of the vastness of you; therefore you and I are lovable and have the worth to love others.

Hi Amiee,
I just found this site this evening and I know I'm responding late to this post but here you've talked about a problem I've long had. I was always "the stick chick" so by the time I reached high school I would consume mass quantities of food if I was eating in front of other people so that they would leave me alone. Unlike you I suffer more from the fear of being harmed and the negative attention from jealous girls because of being my weight was always more threatening than being considered "piggy" or even bulimic and thus after the stress of eating in public had passed I would usually end up throwing up with the release of the tension. I seem to have adjusted to some of this with age by trying to eat more slowly and eating in places that I know to be quieter or at slightly off hours. While it's not necessarily the most effective solution it allows me to eat in public without so much stress.

I am the same way! I am always wondering what people are thinking and if I feel they are annoyed with me I stress. I want everyone to like me and I know thats impossible but I still try. I'll do anything to avoid a confrontation. Thanks for sharing Dan!

I fear a loss of love. If people aren't acting in the way that I would like them to, I can get very anxious because then they don't like me, or so my mind would have me believe. I have learned that people show they like you in many different ways, and that has helped to reduce my anxiety. I also have begun to convince myself that maybe, just maybe, I don't know what other people are thinking, and since I don't know what they are thinking, then I might as well not get anxious about it. It has helped, and I have a sporadic day every now and then where I am not bothered by any way people act.

Diane,
Thank you for your comment. I am not a doctor, but it sounds like something isn't right. Whether its the combination of the meds you are taking, or ones you need to be taking, I don't know but hopefully your doctor can help you figure it out. Its important that you feel as normal as possible, so if you are feeling out of it, I would definitely seek some medical help as soon as possible. Keep in touch and let me know how it goes.
Romina,
I am glad to hear he is supportive. That is so important to have a good support system. Thank you so much for your comments. I hope things get better for you. Let me know if I can help in any way.
Take Care!

Hi Aimee, hes very supportive with me, so thats a very good step ha. Its true that a good self esteem helps a lot, so Im trying a to improve it. Ill read your next post that I think talks about it, thanks for the advice, it will surely help me.

I am at this moment shaking inside ,my stomach is a mess. I even had a day when I felt afraid to be alone. I have many mental issues and take 4 drugs to get thru the day. I haven't had anxiety for years. This is getting worse everyday. Sometimes I'm not aware of what is happening around me. I can't understand what people are saying. Should I bring this up when seeing my doctor or is there a way to control this right now.

Hi Romina,
I am so sorry you are having anxiety about losing your relationship. I struggled a lot worrying that my anxiety would be too much for my husband and he would leave me too. I really had to concentrate on my self esteem by telling myself that I am a loveable person. Besides, confidence is sexy right? I have talked with him about my concerns and now I know that he supports me. You have value as a person. Your opinion matters, your feelings matter. Does he support you or does he aggravate the situation by threatening to leave you? I use this positive affirmation a lot: "I respect and believe in myself apart from others' opinions." That helps me when I worry about being judged. Hope that helps!

Hi Aimee, I eating with people is not a problem for me, but I totally understand the anxiety of been judge and fear of loss love. Im 23 and in a serious relationship, my boyfriend loves me a lot and I love him a lot, but I cant stop thinking that hes eventually going to leave me and stop loving me. Some months I couldnt stand being separated from him, even to be in different rooms in the same house. Its really a terrible situation for me and my boyfriend, now Im working very hard on it and I have improved a lot, but still I am afraid all the time of loosing him and his love. Even the most silly things like he having a different opinion could trigger my anxiety.

Hi Natalie,
That is such a great question, thanks for asking. I have a little girl as well and want more than anything for her to grow up feeling confident in herself. I found a really great article (http://www.teachkidshow.com/teach-your-child-the-effects-of-positive-thinking/) that talks about this very thing breaking it up by age range. My advice is to always speak lovingly to her, reassure her she is loved for who she is now, the way she is now. Don't ever make her think her size is wrong, or that she is doing something to make herself that way. Make your home a place of peace, love, and safety for her since you can't control what happens at school. Best of luck!

Hi Aimee,
I'm replying because i fear the lost of my childs esteem and the love she has for herself. My 9 year old daughter is very thin and short for her age. She was held back a year in school and is currently in grade three and is still the smallest person in her classroom. She came home numerous times with comments that were being made a school. such as " you are so skinny you are going to die" or "Mom i'm a loser becasue i'm so small". I have done some positive afirmations with her but i'm always looking for new ways to help her with the anxiety that is manifesting in her. Do you have any suggestions?