Sharing a Diagnosis of Bipolar Disorder with Family And Friends

Stand-up comedian, Paul Jones, discusses sharing his bipolar diagnosis with family and friends and their reaction.

Have you shared your bipolar diagnosis with family and/or friends and if so, what was their reaction - good or bad? Would you recommend sharing a diagnosis if you had the choice to make all over again?

This is a very good question and one that I think most people with bipolar illness face every day.

At first, the only person that I spoke with was my wife and one very close friend. My wife of 20 years this July has known for a while that I had a problem. She was the only one that knew that I was sick in some form or another. For years she had been trying to get me to go and talk to someone, or for me to go and see a doctor. I will say this; Lisa had no idea just how bad my depressions were or how bad they had become. You see, during the most difficult times, I was on the road as a Stand-Up Comedian, working weeks at a time on the road. I would call my wife every day, sometimes ten times a day, and she knew I was sad but she never knew that when I was calling her, I was sitting in total darkness in my hotel room. She never saw me lying under the bed trying to hide from myself. I remember times on the road when I would put the air on the lowest possible temperature and simply lie under the covers until it was time to get up and go do my show. My wife never, ever saw that. She never saw me pacing the floors in the hotel room trying to make my thoughts of suicide go away. I know she knew I was sick, but just like me; she never knew what to call it.

Once I finally told her that I was bipolar, she and I both cried. I think it was more of a relief to know and finally put a name to this "dark side." One thing that I want to point out is that when I was manic, life was good. You see, being creative, I got a lot of work done during these times. The manic episodes I never tried to hide. I simply thought that I was this "super man" and would create, create, and create.

My friend Sue Veldkamp was the other person that I confided in. She is a nurse and I felt as though I could talk to her about it, both as a friend and also as a medical professional. Sue was there for me then as she is today, and she helped me find information. Sue, as well as my wife, had really only seen the manic side of the illness. I rarely would be around when I was depressed. I always managed to get the hell out of dodge during those times. I really did not let people see that side of me. 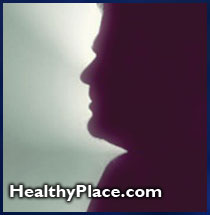 It's funny kind of - now that I look back on it. Most of the people that knew me at that time would always ask me what was wrong if I was not in a manic mode. That is how they knew me, and that is usually all they would ever see. I remember times when I would be sad and people would say to me, "I don't like you like this." I remember how that would hurt me. That is another reason that I would run and hide. Once I told Sue, she would send me to web sites and she really found a lot of good information for me to help me better understand my illness.

Once I started the medication, Lisa and I decided that it was time to tell the children what was going on with dad. You see, Lisa, over the past two years, has spent a lot of time crying. I feel so very bad for her because she has tried to help me so much and most of the time, I simply tried to push her away from me. Being stuck in a depression is very hard. Your brain seems to play a lot of tricks on you. You start to blame other people for you being depressed. Many times I told myself that the reason I was depressed was because so and so did this or because I was married or because I hated my job, when in fact, it was my brain missing a beat or two. Lisa has been by my side through some very bad times. It is hard for me to say that I should stay because I think by me leaving she would be better off. That may sound stupid, but that is what goes through my brain sometimes.

Since getting on the medication I have talked to both my family and many of my friends. I can tell you now that my family has been pretty supportive. You see, it is very hard for people to understand this illness. Plus, I think that it is something that if you do not at least know something about it, it is very easy for people to discount it as an illness.

My brothers, whom I started working for again last year, until just recently, have been very good to me. I really can't say that they understand it. I am not sure if they have read anything about it, or even have tried to for that matter. But I can say that they have helped me out. My little sister is now a Psychologist - oh boy - I know that she understands it, but I don't talk to her that much. I am not sure if I don't hear from her because she's busy or if it is because she deals with this every day at work and does not want to deal with it when she is not at work.

As for my other friends, I am not sure how they "see" me now. I do not see a lot of people any more like I used to. It seems that I have distanced myself from many of them just because I have been so damned depressed for so long. I am hoping that with the new job I can get back on track with my friends. I will say this, though; I never really did hang out with a lot, so I guess nothing much has changed there.

Was it good or bad telling people? I guess that time will tell. One thing is for sure - this is who I am, and if they don't like it, or cannot deal with it, then to hell with them. My main goal right now when it comes to my illness is to try and let people know that this is, in fact, an illness, and that there is treatment and you can live with it. I want to try to show now only friends and family, but also others, that this illness, if left untreated, will kill 20% of those with it by them taking their own lives.

I, for one, do not have a problem letting people know that I am sick. Just as if I had a heart problem or high blood pressure. I want people to know that yes, I am ill, but no, it will not get the best of me.

Read more about Paul Jones in the next page

Paul Jones,a nationally touring stand up comedian, singer/songwriter, and businessman, was diagnosed with bipolar disorder in August 2000, just a short 3 years ago, although he can trace the illness back to the young age of 11 years old. Coming to grips with his diagnosis has taken many "twists and turns" not only for him, but also for his family and friends.

One of Paul's main focuses now is to educate others as to the effects this illness can have not only on those who suffer from bipolar disorder, but also the effects it has on those around them - the family and friends who love and support them. Stopping the stigma associated with any mental illness is paramount if proper treatment is to be sought by those that may be affected by it.

Paul has spoken at many high schools, universities, and mental health organizations as to what it's like to, "Work, Play, and Live with Bipolar Disorder."

Paul invites you to Walk the Path of Bipolar Disorder with him in his series of articles on Psychjourney. You are also cordially invited to visit his website at www.BipolarBoy.com.

Book Description: In the United States alone, bipolar disorder impacts over 2 million citizens. Bipolar Disorder, Depression, Anxiety Disorders and other mentally-related illnesses affect 12 to 16 million Americans. Mental illness is the second leading cause of disability and premature mortality in the United States. The average length of time between the onset of bipolar symptoms and a correct diagnosis is ten years. There is real danger involved in leaving bipolar disorder undiagnosed, untreated or undertreated- people with bipolar disorder who do not receive proper help have a suicide rate as high as 20 percent.

Stigma and fear of the unknown compound the already complex and difficult problems faced by those who suffer from bipolar disorder and stems from misinformation and simple lack of understanding of this disease.

In a courageous attempt to understand the illness, and in opening his soul in an attempt to educate others, Paul Jones wrote Dear World: A Suicide Letter. Dear World is Paul's "final words to the world"- his own personal "suicide letter"- but it ended up being a tool of hope and healing for all who suffer from "invisible disabilities" such as bipolar disorder. It is a must read for those suffering from this illness, for those who love them and for those professionals who have dedicated their lives to try to help those who suffer from mental illness. 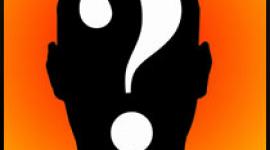 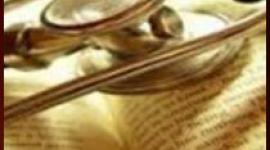 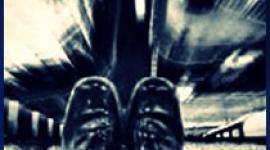 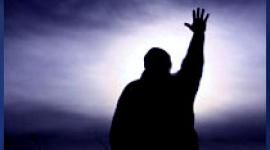