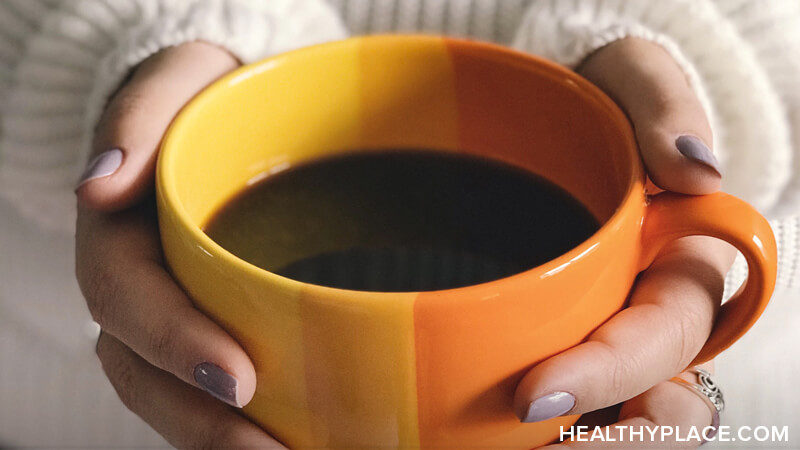 Caffeine-induced anxiety isn’t just a real thing; it’s an officially accepted condition. With enough research into caffeine and its effect on brain health and behavior, the American Psychiatric Association added caffeine to the substance-related and addictive disorders section in their Diagnostic and Statistical Manual of Mental Disorders, Fifth Edition (DSM-5). This tome is considered the authority on mental disorders, and caffeine is also included among causative substances in substance/medication-induced anxiety disorder. Caffeine-induced anxiety is one officially recognized cause of anxiety

Have you ever experienced symptoms such as

Experiencing these things can be frightening. Whether it’s the first time or the fifty-first, people often wonder what in the world just happened. Was it:

Caffeine-Induced Anxiety in the DSM-5

Caffeine is one of 10 classes of drugs included in the DSM-5. Substance/medication-induced disorders in general share common characteristics. Typically, disorders brought on by substance use, like caffeine-induced anxiety disorder, can be severe. They’re also temporary; however, sometimes central nervous system (CNS) syndromes develop that persist.

Caffeine-induced anxiety, then, can be quite serious, with strong, disruptive symptoms. It’s also temporary, with anxiety symptoms disappearing once substance use has stopped and the CNS has had time to recover from the caffeine overload. Duration varies from person to person, but many people notice their anxiety and panic almost completely vanish after about one month without caffeine.

Caffeine is a common ingredient that we put into our bodies. We know we drink it. Sometimes we don’t know we’re eating it.

If you are consuming anything with the word “energy” in the description, it probably contains caffeine. Energy jerky has caffeine. Chocolate is a source of caffeine, as is coffee ice cream. Some gum is caffeinated. Check the labels on over-the-counter pain relievers, because many contain caffeine. Watch for names and descriptions with words like jolt, buzz, blast, blitz, perky, spark, oomph, vitality, zing, and any other catchy word that makes you feel jittery just by reading it.

With so many overt and insidious sources of caffeine, it is easy to take in too much. Generally, anything more than 250 mg of caffeine per day is generally considered excessive, but every person is different. Some may be able to tolerate a bit more, others can feel negative effects with much less. Caffeine-induced anxiety has more to do with the symptoms you feel than the milligrams you consume.

Caffeine-induced anxiety disorder is a legitimate diagnosis. The prevalence, though, is low. The DSM-5 estimates that in any 12-month period, less than 0.002% of the population is diagnosed with the disorder.

The low number can be deceiving. While it’s true that a diagnosis of this anxiety disorder is rare, it’s also true that the number of people experiencing anxiety caused by caffeine is significantly higher. Caffeine can, and often does, cause, trigger or worsen anxiety.

Some argue that anxiety is anxiety no matter the cause; therefore, knowing if you have caffeine-induced anxiety is unimportant. Sometimes knowing anxiety’s cause doesn’t make a difference. When it comes to anxiety and caffeine, though, knowing how caffeine affects anxiety is important.

Knowing if caffeine is making you anxious can help you reduce and possibly even eliminate your anxiety. You can begin making dietary and lifestyle changes to reduce anxiety. Seeing a doctor for evaluation and a safe treatment plan is a great first step to eliminating caffeine-induced anxiety 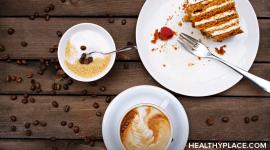 Sugar and Anxiety: How Sugar Can Make Your Anxiety Symptoms Worse 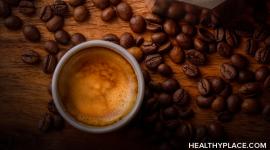 The Connection Between Caffeine and Anxiety: Not Good! 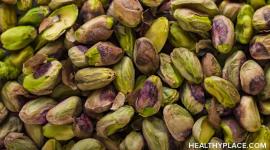 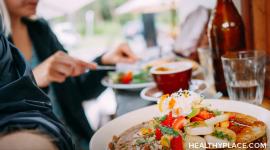 Do Foods Play a Role in Anxiety and Panic Attacks?