The Feldenkrais Method was developed by Moshe Feldenkrais (1904 - 1984), a Russian-born Israeli physicist who was disabled from a knee injury. Dr. Feldenkrais called on his formal training in science and in the martial arts to develop an approach that aimed to help the body move in more natural and comfortable ways.

The technique involves stretching, reaching and changing posture in specific patterns. In some cases, it includes a form of massage. In general, the emphasis of the Feldenkrais Method is to provide supportive therapy or physical rehabilitation. The Feldenkrais Method has not historically been viewed as a curative approach to most diseases. Recently, the Feldenkrais Method has been studied as a means to improve muscle and joint pain, to improve quality of life in chronic conditions such as multiple sclerosis, and to reduce anxiety levels. Research is still early in these areas, without definitive answers.

The Feldenkrais Method is based on the concept that improving patterns of movement may enhance overall physical and psychological performance or recovery from disabling conditions. There are two basic components of the Feldenkrais Method: Awareness Through Movement and Functional Integration. These approaches may be used alone or in combination with each other.

Awareness Through Movement is an approach to body movement that is taught in group sessions by Feldenkrais practitioners. Practitioners verbally lead participants through a series of slow movement sequences that may involve everyday motions such as standing up, sitting down or reaching, but may also involve abstract movements. These sessions often last between 30 and 60 minutes and may be customized to the ability of individual participants. There are hundreds of Awareness Through Movement patterns, which vary in complexity and difficulty. The goals of Awareness Through Movement are to increase awareness of what types of movements work best for a participant, to find sequences of movement to replace uncomfortable or habitual patterns and to improve flexibility and coordination.

Functional Integration involves a hands-on private session with a Feldenkrais practitioner. Participants are fully clothed and may be in a lying, sitting or standing position. As with Awareness Through Movement, the emphasis is on helping participants develop patterns of movement that are efficient and comfortable. The practitioner may touch the participant and move muscles and joints gently within the normal range of motion. Movement sequences are customized to the individual, and through touch, the practitioner may demonstrate new movement patterns. An aim of these sessions is to help identify patterns of movements that are natural and comfortable. It is believed that by leading the body through more functional patterns of movement, the body may learn to move in beneficial ways, resulting in improvements in everyday activities or in symptoms related to medical conditions. Sessions generally last from 30 to 60 minutes.

Awareness Through Movement and Functional Integration are considered by Feldenkrais practitioners to be equivalent and complementary means of achieving improvements in movement patterns.

Scientists have studied the Feldenkrais Method for the following health problems:

Physical rehabilitation
The Feldenkrais Method has been suggested as a possibly useful addition during rehabilitation or recovery after injury or surgery (in particular in patients with orthopedic injuries). Most studies have been low quality, and further research is necessary before a firm conclusion can be made.

Multiple sclerosis
Early evidence suggests that steadiness and comfort with daily movements, depression, anxiety, self-esteem and overall quality of life may improve in patients with multiple sclerosis who use Feldenkrais bodywork or participate in Awareness Through Movement sessions. Results are not overly compelling, and more research is necessary.

Anxiety, depression and mood
Early research suggests that participation in a single Awareness Through Movement session may reduce anxiety levels, with increased effects after six to eight sessions. These effects may last for up to one day after therapy. A study involving 147 female general curriculum and physical education teachers enrolled in a one-year enrichment program at a physical education college revealed improved mood after Feldenkrais. Bodywork seems to improve depression, anxiety and self-esteem in multiple sclerosis patients, but not to a significant extent. Additional studies are needed to make a clear conclusion.

Dystonia
Among users of specific complementary alternative medicine methods, breathing therapy, Feldenkrais, massages and relaxation techniques appear to be the most effective for dystonia (according a survey of 180 members of the German Dystonia Society). Further data are necessary to form therapeutic recommendations.

Balance problems, unstable walking
It has been suggested that the Feldenkrais Method may help improve unstable equilibrium or function, but there is little available research.

Low back pain
A small amount of research suggests that Feldenkrais sessions may be helpful when added to other therapies for back pain and may have mild benefits when used alone.

Eating disorders
Preliminary research suggests that Awareness Through Movement sessions may improve self-confidence in patients with eating disorders, although it is not clear if eating habits are affected. Further research is needed before a conclusion can be drawn about using Feldenkrais Method within a multimodal program for patients who have eating disorders.

Fibromyalgia
Early evidence suggests that the Feldenkrais Method may not be of benefit to patients with fibromyalgia.

Health improvement in the elderly
A study conducted in a retirement home analyzed the effect of Feldenkrais on height, weight, blood pressure, heart rate, balance, flexibility, morale, self-perceived health status, level of performance of activities of daily living, and the number of body parts difficult to move or giving rise to pain in the elderly. Results did not show statistically significant effects.

The Feldenkrais Method has been suggested for many other uses, based on tradition or on scientific theories. However, these uses have not been thoroughly studied in humans, and there is limited scientific evidence about safety or effectiveness. Some of these suggested uses are for conditions that are potentially life-threatening. Consult with a health care provider before using the Feldenkrais Method for any use.

There are no reliable scientific studies or reports of safety of the Feldenkrais Method. However, both Awareness Through Movement and Functional Integration appear to work within the body's own range of motion. These techniques are adjusted for the physical capabilities of the participant. Therefore, the Feldenkrais Method is likely to be safe in most individuals. People with muscle or bone injuries or chronic conditions such as heart disease should speak with a health care provider before starting any new therapeutic program. If considering the Feldenkrais Method during rehabilitation from an injury or surgery, speak with your primary health care provider or surgeon ahead of time. The Feldenkrais practitioner should be informed of any health condition before starting a session.

Early studies have found no differences in muscle or tendon length, blood pressure or heart rate in patients who participate in Feldenkrais sessions, although there are no high-quality studies in this area.

The Feldenkrais Method aims to improve patterns of movement to enhance quality of life and comfort. Feldenkrais sessions may play a role in the treatment of musculoskeletal pain, anxiety and physical rehabilitation. However, little scientific research exists in this area, and more studies are needed to provide answers that are more definitive. Although studies of safety have not been conducted, Feldenkrais sessions are likely safe for most people. Individuals with chronic conditions, with recent injuries or recovering from surgery should speak with their health care provider before starting any therapy program.

Natural Standard reviewed more than 75 articles to prepare the professional monograph from which this version was created. 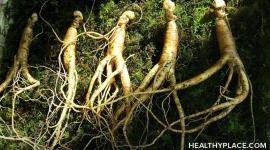 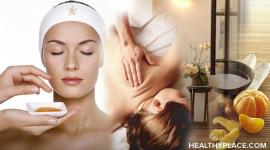 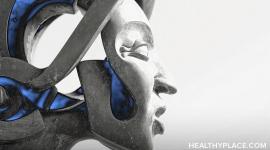