"When we heal the earth, we heal ourselves." David Orr

My mother and I were reminiscing as we sat outside on the deck yesterday, admiring the Cosmos' and Zinnia's blooming in my modest little garden. We sipped coffee and nibbled on pumpkin muffins while exchanging favorite stories from our shared treasure of memories.

"Do you remember all those frogs that we found in the basement?" my mother asked. "They were everywhere! On the stairs, on the furniture, in boxes, it took us forever to get rid of them," she recalled, shuddering. The memory was still a decidedly unpleasant one for her. I felt my lips twitch as I tried not to smile. All of the sudden, I felt very much like I suspect my daughter feels when I've caught her in the act.

When I was a little girl, I used to ride on the lawnmower with my father. One day I noticed the frogs jumping in front of the mower. I asked him what happened to the frogs when we mowed the lawn. He told me that most of them probably jumped out of the way. But what about the ones who're sleeping, or who aren't fast enough to get out of the way? I wanted to know. He answered that they probably got run over. I was horrified! The poor frogs!

That summer I was far less of a bother to my mother. I entertained myself from morning till dinnertime, coming in from outside only when she called me. I also slept well at night, exhausted by my outdoor adventure. Mom was pleased that I was playing outside in the sunshine, instead of cooped up indoors with a book.

And that was also the summer that the frogs took over our basement. You see, what mom didn't know, was that I had not only discovered a way to amuse myself, I'd become an activist! My mission - to save the frogs! I filled an old wash pail over and over, day after day, with the little furless creatures. Then, I dumped them in the basement. No lawnmower was gonna chew these guys up!

What occurred to me as I remembered the summer the frogs took over the basement, was that there didn't seem to be nearly as many frogs around as there used to be.

An article in the New York Times, published in 1992, confirmed my suspicion. It noted that the number of frogs in the world are diminishing at an alarming rate. They're not only dying, many of their eggs aren't hatching, and according to an article in the Washington Post, a significant number of frogs in the Great Lakes region have been spotted with severe deformities and mutations.

"Why is this so alarming? They're only frogs," you may very well respond. "They don't make good pets, and don't build, buy, or vote."

But I am alarmed. I'm afraid more than anything else of what the very possible message of the frogs may mean for my child and for yours.

It's as a mother most of all that my stomach muscles clench when I read an article in Scientific America which advises that the diminishing amphibian population is cause for concern because they, "may serve as indicators of the overall condition of the environment." The authors point out that a species now in rapid decline, one which has managed to survive for hundreds of millions of years, and prevailed during periods of mass extinction when many species (including the dinosaurs) did not, takes with it more than most of us recognize. Frogs who feed on mosquitoes (among other tiny creatures), provide food for fish, mammals, aquatic insects, and birds. When we go to the local drug store to fill a prescription, few of us stop to consider the source from which many of our medicines are derived. Frogs and other amphibians contribute significantly to the storehouse of pharmaceutical products upon which humans depend. Scientific America warns that, "As amphibians disappear, potential cures for a number of maladies go with them."

Do you remember hearing about how miners used to take canaries with them down into the mines? When the canary died, it served to warn the miners that their lives too were in danger. Gary W. Harding in, "Human Population Growth and the Accelerating Rate of Species Extinction," points out that the frog very well may be to us, what the canary was to the miner.

Frog's are extremely vulnerable to ultraviolet light, as well as sensitive to water, air, and soil pollutants. If the hypothesis that the concentration of worldwide pollutants has reached a lethal level for a species that's survived for approximately 300 million years proves to be true, what does that mean for us? Harding speculates that, "if frogs go, can we be far behind?"

Ecologist, Wendy Roberts warns, "Since frogs and other amphibians are sensitive to environmental changes, their well-being and very existence carry a message about the state of their surroundings...I think it really is time to be worried about this."

An article in the Sierra begins, "Unprecedented biological collapse has begun worldwide according to a Worldwatch Institute report...Furthermore, climate change from carbon dioxide emissions is likely to accelerate the massive wave of extinctions."

I suspect that you may not want to read any more of this. You've heard it all before. I don't blame you. I was raised on doom and gloom, and frankly I'm sick and tired of it. I have no desire to surrender to despair and hopelessness. I've done that, been there, don't ever want to go back. Instead, I want to focus on hope and possibility.

My husband and I have tried very hard to be good parents. We've attempted to provide our daughter with love and security. We've made certain that she has her shots, physical and dental exams, and does her homework. Each night we tuck her into bed with hugs, kisses and at least one, "I love you." We've drawn up a will, and long ago began making provisions for college. But how does a person of my generation be a good parent if he or she ignores the fact that if we don't begin to take action now, there may not be much of a future for our children and grandchildren to grow into?

Kristen is eleven. According to a report by the Millennium Institute entitled, "State of our World Indicators," by the time she is thirteen, half of the worlds supply of crude oil will be gone. When she is eighteen, if we continue our current patterns of eating, there will be insufficient agricultural land to feed us all. By the time she is nineteen, one third of the world's species will have vanished forever (along with their contributions via food, medicine, etc.). Our beautiful blue planet consists of 70% water. However, what most of us don't recognize is that less than 3% of this precious liquid is fresh. If the Green Cross projections are correct, conflicts over diminishing water supplies "...will lead to significant global-scale problems..." by the time she reaches her thirty- second birthday. By the time she is thirty- three, 80% of the world's crude oil supply will be lost.

When my daughter was born, the earth's resources were already stretched thin, and yet based on the projections of Paul Erlich, an international expert on population trends, by the time she reaches her fortieth birthday, the population will be double what it was the year she entered this troubled but still beautiful world.

Today we are confronted with the painful fact (if we allow ourselves to feel it) that we live in a world in which 40,000 infants die of hunger each day. It's frightening to imagine what may confront my child the year she turns forty, when in all likelihood, she will share a world with far fewer natural resources, and twice as many people.

Many of us dream about secure futures for our children, and our own "golden" retirement years. The fact is, our children face a profoundly unstable future, and our later years may very well be far, far from golden, if we don't begin to act now.

"But what can just a few people do?" "Most people ignore what's going on, how can I really make a difference?" are common responses to frightening future projections. I said those very words for years. As a mother however, I recognize that my child can't afford for me to surrender to denial, helplessness, and passivity. The needs of our children are greater than they have ever been before. They not only must depend upon us to feed, love, educate and clothe them, we may very well be the only thing that stands between them and a dying world haunted by wars, famine, chaos, desperation, and despair of greater magnitude than ever experienced in the history of the planet.

I'm not as optimistic as I am hopeful. I believe in the tremendous power of natural processes, in the incredible resourcefulness of humankind, and above all, the love of parents for their children in every part of the world. More than a growing awareness, hard work, sacrifice, technological advances, or fear, I'm counting on our love to motivate us to do what must be done.

Looking back on the history of the United States alone, how many people believed that slavery would never be abolished? When my grandmother was a child, women weren't allowed to vote. How many people believed back then that the suffragette movement (one which took seventy long years to succeed,) was futile? At what about recent global events? Within a few remarkable years the world has witnessed the end of the cold war, the dissolution of the Soviet Union, the end of Apartheid in South Africa, as well as the end of the Iron Curtain and the Berlin Wall. How many truly believed that so much could possibly change as rapidly as it did in such a short time?

Before any major transformation, there are those who say, "it's always been this way, it's not going to change, it's hopeless" And yet it has changed again and again.

According to Duane Elgin author of "Voluntary Simplicity," it's been conservatively estimated that in the United States alone, 25 million Americans are consciously exploring new and more responsible ways of living. While that translates into only 10% of the US population, and many would say that that's not nearly enough, I maintain that it's a powerful beginning. Major societal change has always began with a small ripple. Anthropologist, Margaret Mead, once said, "never doubt that a small group of thoughtful committed citizens can change the world. Indeed, it's the only thing that ever has." For the sake of our children, we can no longer afford to wait for government or God to save us. It's critical that we join the group of "thoughtful committed citizens" who are leading the way. Godspeed.

"If the people will lead, the leaders will follow."

next: Books That I Have Valued

APA Reference
Staff, H. (2008, December 30). Where Have All the Frogs Gone?, HealthyPlace. Retrieved on 2021, May 13 from https://www.healthyplace.com/alternative-mental-health/sageplace/where-have-all-frogs-gone

An Open letter to the Handless Maiden

The Journey Through Cancer and The Seven Levels of Healing® 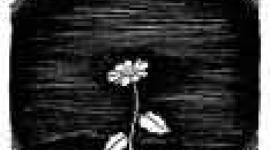