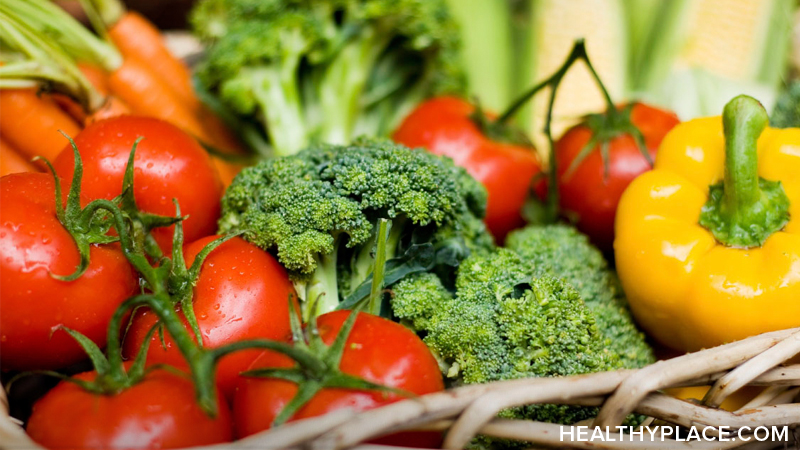 Vitamin B6 is considered an "anti-stress" vitamin and may help relieve PMS symptoms. Low levels of vitamin B6 are associated with eating disorders. Learn about the usage, dosage, side-effects of Vitamin B6.

Vitamin B6, also called pyridoxine, is one of eight water-soluble B vitamins. The B vitamins help the body to convert carbohydrates into glucose (sugar), which is "burned" to produce energy. These vitamins, often referred to as the B complex, are also essential in the metabolism of fats and protein. B complex vitamins also play an important role in maintaining muscle tone in the gastrointestinal tract and promoting the health of the nervous system, skin, hair, eyes, mouth, and liver.

Vitamins B12, B6, and B9 (folic acid) work closely together to control blood levels of the amino acid homocysteine. Elevated levels of this substance appear to be linked to heart disease. Plus, vitamin B6 is essential for normal brain development and function, participating in the process of making important brain chemicals called neurotransmitters.

Pyridoxine is an especially important vitamin for maintaining healthy nerve and muscle cells and it aids in the production of DNA and RNA, the body's genetic material. It is necessary for proper absorption of vitamin B12 and for the production of red blood cells and cells of the immune system. Pyridoxine has also been called the "woman's vitamin" because it may help relieve symptoms of premenstrual syndrome (PMS).

In addition to other B complex vitamins, pyridoxine is considered an "anti-stress vitamin" because it is believed to enhance the activity of the immune system and improve the body's ability to withstand stressful conditions.

Heart Disease
Low dietary intake of vitamin B6 is associated with higher risk of having heart disease. This may be related to the fact that vitamin B6, together with vitamin B9 (folic acid) and vitamin B12, help to keep homocysteine levels under control. Homocysteine is an amino acid. Elevated levels of this amino acid are associated with increased risk of heart disease and increased risk of stroke.

The American Heart Association recommends, for most people, that enough of these important B vitamins be obtained from the diet, rather than taking extra supplements. Under certain circumstances, however, supplements may be necessary. Such circumstances include elevated homocysteine levels with known heart disease or strong family history of heart disease at a young age.

Nausea and Vomiting during pregnancy
A recent review of scientific studies concluded that vitamin B6 may help reduce the severity of nausea during early pregnancy.

Osteoporosis
Keeping bones healthy throughout life depends on getting sufficient amounts of specific vitamins and minerals, including phosphorous, magnesium, boron, manganese, copper, zinc, folate, and vitamins C, K, B6, and B12.

Vitamin B6 for Eating Disorders
Levels of important nutrients are often quite low in those with anorexia or bulimia. At least 20% of people with anorexia admitted to a hospital for treatment are deficient in vitamins B2 and B6 (pyridoxine). Some research information suggests that as many as 33% of those with an eating disorder could be deficient in vitamins B2 and B6. Dietary changes alone, without additional supplements, can often bring vitamin B levels back to normal. However, extra B2 and B6 may be required (which will be determined by your doctor or nutritionist). Plus, B-complex vitamins may help alleviate stress and reduce symptoms of depression, frequently associated with eating disorders.

Burns
It is especially important for people who have sustained serious burns to obtain adequate amounts of nutrients in their daily diet. When skin is burned, a substantial percentage of micronutrients may be lost. This increases the risk for infection, slows the healing process, prolongs the hospital stay, and even increases the risk of death. Although it is unclear which micronutrients are most beneficial for people with burns, many studies suggest that a multivitamin including the B complex vitamins may aid in the recovery process. Vitamin B6, along with other members of the B complex, may be of particular importance, given their value in building protein. Protein is necessary to recover from any kind of an injury. In addition, as stated earlier, the amount of B complex needed may increase during times of stress.

Vitamin B6 for depression
Studies suggest that vitamin B9 (folate) may be associated with depression more than any other nutrient. Between 15% and 38% of people with depression have low folate levels in their bodies and those with very low levels tend to be the most depressed. Many healthcare providers start by recommending a multivitamin (MVI) that contains folate, and then monitoring the homocysteine levels in the blood to ensure the adequacy of therapy. Elevated homocysteine levels indicate a deficiency of folate even if the levels of folate in the blood are normal. If the MVI alone is not enough to lower homocysteine and improve folate function, the provider may suggest additional folate along with vitamins B6 and B12 to try to bring the homocysteine levels down, thereby eliminating the functional folate deficiency and, hopefully, helping to improve feelings of depression.

Premenstrual Syndrome (PMS)
A comprehensive review of studies concluded that vitamin B6 may be more effective than placebo in improving symptoms of PMS, particularly depression. Most studies were poorly designed, however. Still, even though the science is not definitive, many healthcare providers and their female patients report improvement in PMS from using vitamin B6. Therefore, how well you respond to vitamin B6 may be very individual. Until more research is completed, talk with your doctor about whether using B6 is appropriate and safe for you. Then, if taking the vitamin, follow your symptoms closely. It can take up to 3 months until any change is noticeable.

Diabetes
Preliminary evidence suggests that vitamin B6 may help control blood sugar in people with diabetes. In a study of people with diabetes, those who received pyridoxine alpha-ketoglutarate (a form of vitamin B6) for one month experienced significant reductions in fasting blood sugar levels compared to those who did not receive the supplement. More research in this area is needed before conclusions can be drawn about the relationship between vitamin B6 and diabetes.

Human Immunodeficiency Virus (HIV)
Vitamin B6, particularly together with a complete B complex, may help alleviate the stress associated with having HIV or AIDS.

Vitamin B6 for ADHD (Attention Deficit/Hyperactive Disorder)
Adequate levels of vitamin B6 are required for normal brain development and are essential for the synthesis of essential brain chemicals including serotonin, dopamine and norepinephrine. A preliminary study found that pyridoxine was slightly more effective than methylphenidate (a medication used to treat attention deficit/hyperactivity disorder (ADHD)) in improving behavior among hyperactive children. Although intriguing, the results of this study were not significant and no other studies have been able to confirm these findings. Therefore, supplementation with vitamin B6 is not considered standard treatment for attention deficit/hyperactivity disorder (ADHD).

Vitamin B6 can be found in multivitamins (including children's chewable and liquid drops), B complex vitamins, or can be sold individually. It is available in a variety of forms including tablets, softgels, and lozenges. Vitamin B6 is also sold under the names pyridoxal, pyridoxamine, pyridoxine hydrochloride, and pyridoxal-5-phosphate.

How to Take Vitamin B6

People who eat a balanced diet containing good sources of vitamin B6 should be able to meet the daily requirement without taking a supplement. Vitamin supplements should always be taken with water, preferably after a meal. As with all medications and supplements, check with a healthcare provider before giving vitamin B6 supplements to a child.

Daily recommendations for dietary vitamin B6 are listed below.

Prevention of heart disease and lowering of homocysteine levels: 3.0 mg per day.

Nausea and vomiting during early pregnancy: studies on this topic have used 10 mg per day. The amount to use, however, should be determined together with your obstetrician.

Therapeutic doses for some of the conditions discussed in the Uses section have ranged from 100 to as high as 1,800 milligrams per day. Using doses higher than 200 mg per day for long periods of time, however, may cause neurologic disorders (see Precautions).

Vitamin B6 can cause neurological disorders, such as loss of sensation in legs and imbalance, when taken in high doses (200 mg or more per day) over a long period of time. Discontinuing high doses usually leads to a complete recovery within 6 months.

There have been extremely rare reports of allergic skin reactions to high doses of vitamin B6 supplements.

If you are currently being treated with any of the following medications, you should not use vitamin B6 supplements without first talking to your healthcare provider.

On the other hand, another class of antidepressants called monoamine oxidase inhibitors (MAOIs) may reduce blood levels of vitamin B6. Examples of MAOIs include phenelzine and tranylcypromine.

Vitamin B6 and Antipsychotic Medications
Preliminary evidence suggest that pyridoxine may prove useful in treating tardive dyskinesia, a common but frustrating side effect from medications used to treat schizophrenia. Tardive dyskinesia is marked by involuntary movements of the mouth and tongue. More research is needed to know if vitamin B6 can help prevent or treat this side effect.

Tuberculosis Medications
Anti-tuberculosis medications such as isoniazid (INH) and cycloserine (used for resistant forms of tuberculosis) reduce the levels of vitamin B6 in the blood.

Chemotherapy
Vitamin B6 may reduce certain side effects of 5-fluorouracil and doxorubicin, two agents used to treat cancer without reducing the effectiveness of the chemotherapy.

Hydralazine
Vitamin B6 decreases the effectiveness of hydralazine, a medication used to treat high blood pressure.

Levodopa
Vitamin B6 reduces the effectiveness of levodopa, a medication used to treat Parkinson's disease.

Methotrexate
People with rheumatoid arthritis taking this medication often have low levels of vitamin B6.

Penicillamine
Penicillamine, a medication used in the treatment of rheumatoid arthritis and Wilson's disease (excessive amounts of copper in the body that can lead to liver damage) may decrease levels of vitamin B6 in the body.

Vitamin B6 and Phenytoin
Vitamin B6 reduces the effectiveness of phenytoin, a medication used to treat seizures.

Long-term treatment with theophylline for asthma may reduce blood levels of vitamin B6.

Baumgaertel A. Alternative and controversial treatments for attention-deficit/hyperactivity disorder. Pediatr Clin North Am. 1999;46(5):977-992.

Omray A. Evaluation of pharmacokinetic parameters of tetracylcine hydrochloride upon oral administration with vitamin C and vitamin B complex. Hindustan Antibiot Bull. 1981;23(VI):33-37.

Seelig MS. Auto-immune complications of D-penicillamine - a possible result of zinc and magnesium depletion and of pyridoxine inactivation. J Am Coll Nutr. 1982;1(2):207-214.

Weber P. The role of vitamins in the prevention of osteoporosis - a brief status report. International Journal of Vitaminology and Nutrition Research. 1999;69(3):194-197. 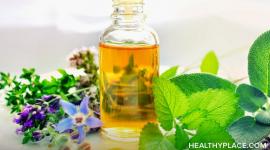 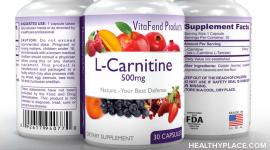 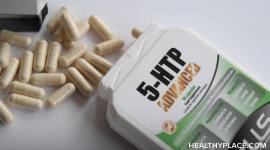 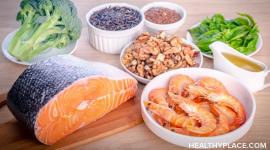