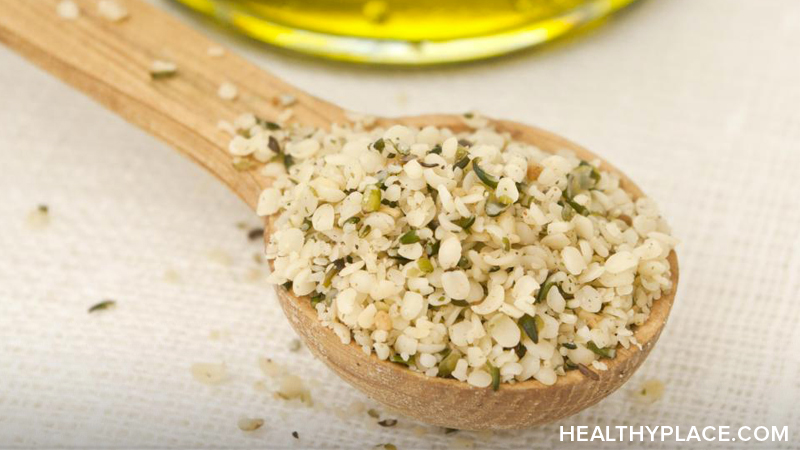 Comprehensive information on ALA (Alpha-linolenic acid) for possible treatment of ADHD, eating disorders, depression, IBD, and heart disease. Learn about the usage, dosage, side-effects of ALA.

Alpha-linolenic acid, or ALA, is an essential fatty acid, which means that it is essential to human health but cannot be manufactured by the body. For this reason, ALA must be obtained from food. ALA, as well as the fatty acids eicosapentaenoic acid (EPA) and docosahexaenoic acid (DHA), belongs to a group of fatty acids called omega-3 fatty acids. EPA and DHA are found primarily in fish while ALA is highly concentrated in certain plant oils such as flaxseed oil and to a lesser extent, canola, soy, perilla, and walnut oils. ALA is also found in wild plants such as purslane. Once ingested, the body converts ALA to EPA and DHA, the two types of omega-3 fatty acids more readily used by the body.

Omega-3 fatty acids have been shown to reduce inflammation and help prevent certain chronic diseases such as heart disease and arthritis. These essential fatty acids are highly concentrated in the brain and appear to be particularly important for cognitive and behavioral function as well as normal growth and development.

Studies suggest that ALA and other omega-3 fatty acids may be helpful in treating a variety of conditions. The evidence is strongest for heart disease and problems that contribute to heart disease, but the range of possible uses for ALA include:

Alpha-linolenic Acid for Heart Disease
One of the best ways to help prevent and treat heart disease is to eat a low-fat diet and to replace foods rich in saturated and trans-fat with those that are rich in monounsaturated and polyunsaturated fats (particularly omega-3 fatty acids). In addition to reducing risk factors for heart disease, namely high blood pressure and elevated cholesterol, evidence suggests that people who eat an ALA-rich diet are less likely to suffer a fatal heart attack.

Alpha-linolenic Acid for High Cholesterol
People who follow a Mediterranean-style diet tend to have higher HDL ("good") cholesterol levels. This diet consists of a healthy balance between omega-3 and omega-6 fatty acids. It emphasizes whole grains, root and green vegetables, daily intake of fruit, fish and poultry, olive and canola oils, and ALA (found in flaxseed oil), along with discouragement of ingestion of red meat and total avoidance of butter and cream. In addition, walnuts (which are rich in ALA) have been shown to lower cholesterol and triglycerides in people with high cholesterol.

Alpha-linolenic Acid for High Blood Pressure
Several studies suggest that diets and/or supplements rich in omega-3 fatty acids (including ALA) lower blood pressure significantly in people with hypertension. Fish high in mercury (such as tuna) should be avoided, however, because they may increase blood pressure.

Alpha-linolenic Acid for Acne
Although there are few studies to support the use of omega-3 fatty acids for skin problems, many clinicians believe that flaxseed is helpful for treating acne.

Alpha-linolenic Acid for Arthritis
Several studies suggest that omega-3 fatty acid supplements reduce tenderness in joints, decrease morning stiffness, and improve mobility. Many people who take these supplements report that they do not need as much medicine to relieve their painful symptoms.

Alpha-linolenic Acid for Asthma
Preliminary research suggests that omega-3 fatty acid supplements (particularly perilla seed oil which is rich in ALA) may decrease inflammation and improve lung function in adults with asthma.

Alpha-linolenic Acid for Eating Disorders
Studies suggest that men and women with anorexia nervosa have lower than optimal levels of polyunsaturated fatty acids (including ALA and GLA). To prevent the complications associated with essential fatty acid deficiencies, some experts recommend that treatment programs for anorexia nervosa include PUFA-rich foods or supplements.

Alpha-linolenic Acid for Breast Cancer
Women who regularly consume foods rich in omega-3 fatty acids over many years may be less likely to develop breast cancer and to die from the disease than women who do not follow such a diet. This is particularly true among women who consume fish instead of meat. Laboratory and animal studies indicate that omega-3 fatty acids can inhibit the growth of human breast cancer cells and may even prevent the spread of cancer to other parts of the body. Several experts speculate that omega-3 fatty acids, in combination with other nutrients (namely, vitamin C, vitamin E, beta-carotene, selenium, and coenzyme Q10), may prove to be of particular value for preventing and treating breast cancer.

Alpha-linolenic Acid for Burns
Essential fatty acids have been used to reduce inflammation and promote wound healing in burn victims. Animal research indicates that omega-3 fatty acids help promote a healthy balance of proteins in the body -- protein balance is important for recovery after sustaining a burn. Further research is necessary to determine if this may apply to people as well.

Alpha-linolenic Acid for Inflammatory Bowel Disease (IBD)
Some people with Crohn's disease (CD), one form of IBD, have low levels of omega-3 fatty acids in their bodies. Evidence suggests that fish oil supplements containing omega-3 fatty acids may reduce symptoms of CD and ulcerative colitis (another inflammatory bowel disease), particularly if used in addition to medication. Preliminary animal studies have found that ALA may actually be more effective than EPA and DHA found in fish oil supplements, but further studies in humans are needed to confirm these findings.

Alpha-linolenic Acid for Depression
People who do not get enough omega-3 fatty acids or do not maintain a healthy balance of omega-3 to omega-6 fatty acids in their diet may be at an increased risk for depression. The omega-3 fatty acids are important components of nerve cell membranes. They help nerve cells communicate with each other, which is an essential step in maintaining good mental health.

Alpha-linolenic Acid for Menstrual Pain
In a study of nearly 200 Danish women, those with the highest dietary intake of omega-3 fatty acids had the mildest symptoms during menstruation.

Dietary Sources of ALA

Some manufacturing methods can destroy the nutrient value of products that contain ALA by exposing these oil-rich products to air, heat, or light. Generally, high-quality oil is bottled in light-resistant containers, refrigerated, and marked with an expiration date. All sources of omega-3 fatty acids are best kept refrigerated to protect the quality of the oil.

Be sure to buy ALA supplements made by established companies who certify that their products are free of heavy metals such as mercury.

How to Take ALA

The recommended adequate intake of ALA in the diet is listed below:

People with either diabetes or schizophrenia may lack the ability to convert ALA to EPA and DHA, the forms more readily used in the body. Therefore, people with these conditions should obtain their omega-3 fatty acids from dietary sources rich in EPA and DHA.

Although studies have found that regular consumption of fish (which includes the omega-3 fatty acids EPA and DHA) may reduce the risk of macular degeneration, a recent study including two large groups of men and women found that diets rich in ALA may substantially increase the risk of this disease. More research is needed in this area. Until this information becomes available, it is best for people with macular degeneration to obtain omega-3 fatty acids from sources of EPA and DHA, rather than ALA.

Similar to macular degeneration, fish and fish oil may protect against prostate cancer, but ALA may be associated with increased risk of prostate cancer in men. More research in this area is needed.

If you are currently being treated with any of the following medications, you should not use ALA without first talking to your healthcare provider.

Cholesterol-lowering Medications
Following certain nutritional guidelines, including increasing the amount of omega-3 fatty acids in your diet and reducing the omega-6 to omega-3 ratio, may allow a group of cholesterol lowering medications known as "statins" (such as atorvastatin, lovastatin, and simvastatin) to work more effectively.

Cyclosporine
Taking omega-3 fatty acids during cyclosporine therapy may reduce toxic side effects (such as high blood pressure and kidney damage) associated with this medication in transplant patients.

The International Society for the Study of Fatty Acids and Lipids (ISSFAL). Recommendations for the essential fatty acid requirement for infant formulas (policy statement). Available at: http://www.issfal.org.uk/. Accessed January 17, 2001. 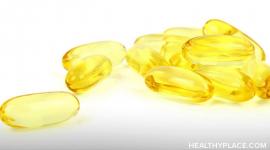 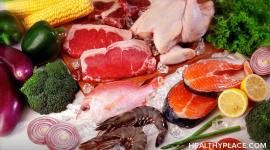 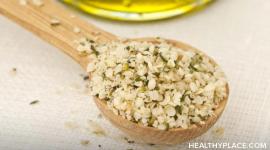 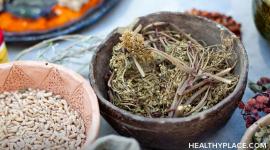 Quotes and Thoughts To Ponder