On the Titanic, Mark McGwire, and Love

Short essay addressing the American people's preoccupation with money, power, and heroes and our own potential for transformation.

"If the world is to be healed through human efforts, I am convinced it will be by ordinary people, people whose love for this life is even greater than their fear. People who can open to the web of life that is called us into being, and who can rest in the vitality of that larger body." Joanna Macy

In a paper delivered to the Harvard Seminar on Environmental Values in 1996, Catholic environmentalist, Thomas Berry, wrote about the mighty Titanic. The Titanic, a technological wonder and triumph, was thought to be unsinkable. What happened to this magnificent ship according to Berry serves as a Parable for our time.

While there were several warnings issued regarding the potential danger of icebergs, the Titanic continued speeding along in the frigid waters. The captain trusted his "invincible" ship, and the passengers surrendered responsibility for their lives to the captain. When the ship sunk, it was the poor who suffered the greatest fatalities, although a great number of the wealthy perished along with the "underclass."

Today we sail along on our giant spaceship earth. It too has been thought to be (metaphorically speaking), "unsinkable." And while we've received countless warnings regarding the perils she confronts, we continue to entrust our governments with the authority and responsibility to successfully navigate around them. The technology that made the Titanic possible and yet could not prevent her destruction, is the very same that we collectively count on to save us now. And like the poor who were confined within the bottom decks of the Titanic, our own poor receive the least of our ship's bounty, and suffer the greatest discomfort. And yet in the end, no degree of wealth or status guaranteed salvation for the passengers of the Titanic, nor will it ultimately prevail on our own magnificent and yet vulnerable vessel.

Just as the passengers of the Titanic remained for the most part oblivious to the dangers confronting their ship, our own civilization fails for the most part to fully recognize that the destruction we wreak upon "spaceship earth," not only places our outer world in peril, but ravages our inner lives as well.


The Titanic broke records in design and engineering, and in an attempt to break yet another record, she perished. Collectively, we've repeatedly broken records, many of which foster significant pride. We've demonstrated the brilliance of humankind in countless ways, and with the best of intentions - to improve the quality of our lives. And yet what of the ominous record broken in less than one hundred years? A single generation has managed to destroy more species and ecosystems than all previous generations before us.

Speaking of records, Mark McGwire, first baseman for the Cardinals, recently beat the world record for the most home runs in the history of baseball. Rick Stengel, Senior Editor at Time Magazine, examines in an article for MSNBC why McGwire's "getting more press coverage than the fall of the Berlin Wall."

Stengel points out that McGwire represents the archetypal hero that exists within our collective unconscious, following Joseph Campbell's pattern of departure, initiation, and return. First, McGwire suffers through a devastating divorce and confronts a batting slump that threatens to ruin his career. Next, McGwire enters psychotherapy to face his inner demons. Finally, McGwire works through the pain of his divorce, establishes an even greater level of intimacy with his son, and becomes the greatest single season home-run hitter in history. His story of loss and redemption resonates within the wounded soul of an America whose national leader bears a public shame. We who have always loved tales of the fantastic have unconsciously longed for a new hero.

There's a saying that I have come to value tremendously, "If the people will lead, the leaders will follow." It wasn't the force of the United States government that essentially abolished slavery, established civil rights, or won the right to vote for women, it was the power of the American people. It wasn't the auto industry that initiated the manufacturing of smaller and more gas efficient cars, it was only responding to our demands for them. Many Americans became concerned about global warming and energy conservation long before the government and industry began to act. It was average citizens who defeated the nuclear power industry. An enormous amount has changed throughout the world in just a few short years, and many of the transformations we've witnessed were not led by world leaders, charismatic heroes, or great super powers -- they were propelled forward by everyday people not so unlike you and I.

We too embark on our own hero's journey. We struggle to resolve the woundings of our yesterdays, and to reconcile ourselves to what we've left behind. We each have experienced our own unique and individual initiations, and encounter our own quest as we move towards are personal destinies. And so while we relish the fantastic stories of the Titanic and Mark McGwire, let us not forget the enormous potential for triumph and transformation that flows through each of us.

John Gardener wrote that, "a civilization rises to greatness when something happens in human minds." Just as history doesn't stand still but continually moves onward, we too continue to evolve into increasingly more powerful co-creators. And yet even as we actively create, we also remain in the process of becoming. Goethe observed that, "we are shaped and fashioned by what we love." Americans have been accused of being like materialistic sheep obsessed with consumption and status. While it has been our behavior that has so often defined us, and the outward trappings to which so many of us have become preoccupied, it's time I believe that we each looked inward, and ask ourselves what it is that we truly love. Once we have the answer to that question, then perhaps what occurs in the hearts, and minds, and souls of Americans will indeed lead our civilization to greatness, and our lives will collectively tell a story far more significant than the grandest epic. 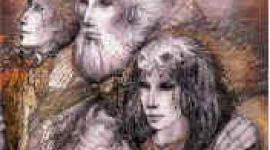 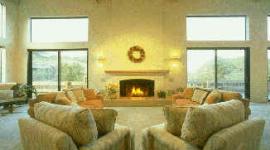 Essays and Stories Table of Contents 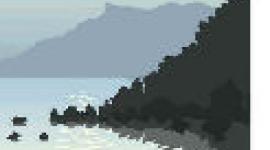 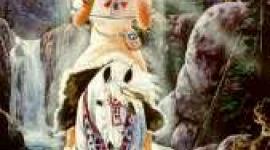