ADHD medication, Ritalin, is one of the drugs on the Banned Substances in Sport list in the UK. If you participate in Olympic sports or other sport with a governing body, here's what you need to know.

Methylphenidate (Ritalin) is on the list for Banned Substances in Sport and will show up on any random drug test either during a competition or other random test during non-competition time. This is according to the list available from the International Sports and Olympics Sports Governing Bodies. These lists are used for all competitive sports and are taken as guidelines for all other sports governing bodies. However any person who is prescribed methylphenidate can apply for a medical dispensation, which can be granted by the individual governing body. This means that you have to contact the governing body for the sport in question and ask their advice as to how to apply for a medical dispensation. This has to be applied for before every competition and has to have medical evidence of need for use signed by a consultant each time. The certificate of dispensation has to be taken to every meeting and shown to the organisers before the start of any competition.

In the UK, the governing bodies for sport are all individual at the present time, but there are moves to make this a more combined service in the near future and therefore this should make things easier when applying for medical dispensations. I have recently spoken to someone from UK Sport Drug Information Service, (the full list can be found at http://www.uksport.gov.uk/ which is the main government body, who confirmed the above to me and has said that they are aware of the concerns regarding Ritalin and young people in sport who may have ADD/ADHD who may be prevented from taking part in sport competitions due to the lack of awareness about the banned drug lists. I was also informed that UK Sport is working with the governing bodies to bring them all together under one roof so to speak and therefore make applying for dispensations easier for all.

I will hopefully update this when I manage to find out more in the future, but in the meantime please be aware that in the UK medical dispensation has to be sought before every competition. Also be aware that dispensation is not always granted and can take awhile to sort out so make sure it is applied for in enough time and always make sure that you have signed evidence from a consultant which is also kept with the dispensation certificate/letter and taken to each competition. When speaking to the person at UK Sport, we did discuss the possibility of some sort of scheme where this could be made simpler and we will keep an eye on this and try to work with them to sort something out.

With regard to school competitions, it is best to speak to the local school sports officer at the Local Education Authority to confirm if they need any form of medical evidence within Sport in their Authority, as it would be very upsetting for any child to take part in an event only to be disqualified when someone found out they were taking ADHD medication. Although most times there is no actual drug testing for school events, it only takes someone to inform the competition organisers that this child takes Ritalin or another ADHD medication, which is on the Banned Drug List for things to turn very difficult for the child. As a lot of children with ADD/ADHD excel at sport, it is essential to find out all we can to ensure that the child is able to continue to enjoy sport and to be able to continue in something they are good at. 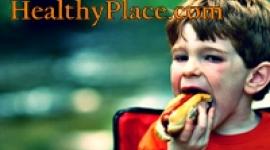 The Link Between ADHD and Eating Disorders

The Hidden Gifts Of ADD