A comparison between entrepreneurs and characteristics of people with ADHD and the impact undiagnosed ADHD has had on some entrepreneurs. 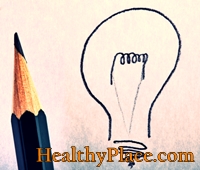 The United States is in the midst of an entrepreneurial renaissance. People are literally waking up to the idea that they can work for themselves and make a lot of money doing it. And, while there are as many types of entrepreneurs as there are businesses, most entrepreneurs share some common traits. They tend to be visionaries. People who go into business for themselves tend to be risk takers. After almost a decade of coaching entrepreneurs, it has also been my observation that a majority of all entrepreneurs have Attention Deficit Hyperactivity Disorder, or AD/HD.
They may not be taking medication and many of them haven't even been diagnosed, but anyone who knows AD/HD would recognize the signs. The chart below compares AD/HD with Entrepreneurship. As they use to say on those old TV shows, only the names have been changed.

ADHD Distracted-Seems to always have something new to think about.
Entrepreneur - Constantly has new ideas for how to improve the business

ADHD - Starts several projects at the same time, may not complete any of them.
Entrepreneur - Flexible. Approaches problems from several different angles, always ready to change direction if that is what is needed

ADHD - Visual thinkers
Entrepreneur - Visionaries who paint a picture for others

Once you understand what AD/HD looks like, you could easily conclude that virtually all successful entrepreneurs have AD/HD. Experts on AD/HD believe that Benjamin Franklin had AD/HD. Coincidentally, Franklin is also thought to be the first American entrepreneur. There is evidence that Thomas Edison had AD/HD, as did Henry Ford, Walt Disney and both of the Wright Brothers. You don't have to go as far back as Edison and Ford to find examples of successful AD/HD entrepreneurs. David Neeleman, CEO of JetBlue, has publicly acknowledged his AD/HD. Neeleman has chosen not to take medication for AD/HD and has instead learned how to use his "unique brain wiring" to his advantage, now that he better understands it.

Understanding your AD/HD, if you have AD/HD, could be the first step towards realizing your full potential in business and in your personal life.

Thomas Apple, the inventor/designer of the NASDAQ video billboard in New York's Times Square and a successful businessman, told ADDitude magazine how his undiagnosed AD/HD had affected his life: "I was 40 years old when I realized I really was a smart person," he says. Like many entrepreneurs and others who don't color in the lines, Apple had trouble as a child. "I was well on the way to delinquent behavior by third-grade," Apple recalls. "I thought, 'if I'm going to be treated this way, I might as well act this way." After his son and daughter were diagnosed with AD/HD, Apple took a hard look at his pattern of career difficulties and two failed marriages and realized that he probably had it too. A doctor confirmed the diagnosis. Apple now takes medication to treat his AD/HD, but he realizes that there's more to it than taking medication. ADD isn't a 'take two pills and call me in the morning' type of diagnosis," he says. "It is something that you have to do 24/7."

Apple's story about realizing he had AD/HD after first seeing it in his children is very common among adults who have been diagnosed. AD/HD is a genetic disorder. If a child has it, there is up to a 70% chance that at least one of the parents has it too.

David Giwerc MCC,(Master Certified Coach, ICF) is the Founder/President of the ADD Coach Academy (ADDCA), http://www.addca.com,/ a comprehensive training program designed to teach the essential skills necessary to powerfully coach individuals with Attention Deficit Hyperactivity Disorder. He has been featured in the New York Times, London Times, Fortune and other well-known publications. He has a busy coaching practice dedicated to ADHD entrepreneurs and the mentoring of ADD coaches. He helped develop ADDA's Guiding Principals For Coaching Individuals with Attention Deficit Hyperactivity Disorder. He has been a featured speaker at ADDA, CHADD, International Coach Federation and other conferences. David is the current President of ADDA.

next: Business Solutions for the ADHD Entrepreneur
~ adhd library articles
~ all add/adhd articles

Supporting an ADHD Child in the Classroom
Work Issues and ADHD 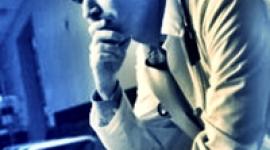 Controversies in the Diagnosis and Treatment of ADHD: One Doctor's Perspective
A British Perspective on the Psychological Assessment of Childhood AD/HD