I know this is not a simple question. I really appreciate your time. But if you could just take a few moments and read the following.

I need help. I have a problem that is causing me grief. If there is any possible way, I want to do something about it. 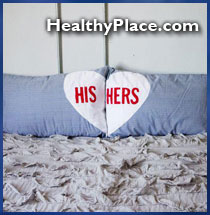 I am 10 years into my second marriage. My first one lasted 17 years. I am still doing this 'thing' and I can't seem to stop it. I finally discussed these urgings with my wife tonight.

Why I did is because we have been in marital turmoil for the past two weeks. You see, six months ago I finally went a step further and sent an e-mail and visited a woman friend of mine from 20 years ago. Out of the sky blue she called me on the phone. I Fanaticized about her a long time ago. I called her back and went over to her house. We didn't do anything. Once I got there I couldn't figure out why in the hell I was even there and that I really didn't want to be there. We talked for a little less than an hour about what she was doing, what I was doing, how are the kids... I spent most of the time trying to think about how to gracefully get the hell out of there...and did so.

Anyway, that was six months ago and we have had no contact since then. I came home one day a couple weeks ago and found my wife in shock. Somehow she had ran across the one and only e-mail on my computer from this woman. I forgot all about it. She didn't believe me. To her I had been unfaithful (even though there was no sex) and that our relationship was a lie and that she felt she could never trust me again—let alone ever have our relationship go back to the way it was.

Because we both seem to want to continue this relationship, we have been struggling to find out if and how this might be possible.

I feel my wondering problem is getting worse. If this relationship ended, I would just find another relationship to get into and then I would hurt another person. I am not a hurting person! I do not want to hurt anyone else. I want to stop having these wonderings!

I really want what my wife thought we had. A monogamous relationship. Whenever she thinks of sex, sees a sexual scene on TV or reads a sexual passage—she thinks only of me. I want that!!! I truly want to think only of her.

I really want the kind of relationship she thought we had where our sexual encounters were a natural extension of ourselves and the ultimate way to show our love for each other. I want that!!! I want her to be the ONLY person I share my sex with.

Sex with my wife is the most wonderful and fulfilling I can ever imagine it would or could be. If it were any better, I don't think I could literally survive it. And depending on what's going on, we have this kind of passing-out pleasurable sex from two to four times a week.

What is wrong with me? Am I a sex addict? Am I over sexed?

Is there such a thing as feeding my demanding brain with sexual orgasm just like someone tries to feed his body urges for drugs once they are hooked on them?

Can you offer me anything? Please?

At the same time, it is critical that you communicate what you say it is that you feel — you love your wife, want only to be with her, and absolutely refuse to endanger that primary love relationship with dalliances outside of marriage. (I think you might be in a minority of men in that regard).

Beyond this, if you want to use your sex drive as a bridge to enhance your intimacy with your wife, perhaps she is more open to new suggestions than you give her credit for. Perhaps it is your lack of imagination that is creating the problem. The woman you describe as your wife seems tolerant, sexually engaged, and adventurous (within the relationship).

For example, when you fantasize about a certain kind of woman, can you communicate this to your wife, and make that part of your lovemaking—for example, by verbally fantasizing during lovemaking that she is this woman. Perhaps she can dress the part, or the two of you can play out the interaction you fantasize about. A strong ability to fantasize and sexual energy are not negative things, as long as you don't damage yourself or your relationship with these things. And they are assets if you can incorporate them within the relationship.

Really use your imagination, and make your wife a part of it.

Thank you very much for your quick response. My wife also thanks you.

The only thing I didn't read from you is my concern for my 'wondering' thoughts. I really wish I could some way just get them to stop happening. Is there a way? Should I be concerned?

Convert them, as much as possible, to thoughts about things you will do with your wife. And, yes, many people have sexual fantasies quite frequently — remember that goody-two-shoes, Jimmy Carter, lusting in his heart? And I'm guessing that he didn't have as good a sex life with his wife as you do. Most people don't. A recent study in JAMA discovered a remarkably high percentage of women (43%) and men (31%) suffer from sexual dysfunction — meaning an inability to perform or enjoy sex. Your sex life places you among the fortunate few. 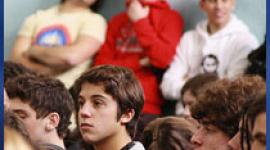 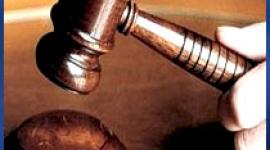 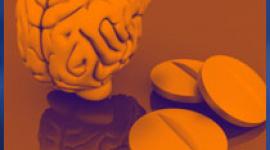 Are You An Internet Addict?