IN THE LAST THIRTY YEARS, research into our thinking patterns and their affect on our moods and behavior has brought us to an understanding far beyond the positive thinking pioneers of the earlier part of this century.

After the last thirty years of research into this issue, cognitive scientists have gathered enough data to say who is right. Or rather, which general mode is more practical. A pessimist and an optimist can argue with more fact and less opinion these days. Here's how a conversation might go...SHERRY AND NICK WALKED along the road. It was autumn. Small gusts of wind were knocking leaves off the trees ahead of them. "I've never felt so sure of anything in my whole life," said Sherry, "This new business is the opportunity I've been looking for!"
"You shouldn't be too optimistic," said Nick. He looked serious.

Sherry seemed startled out of her reverie. "Why not?"

"Because you're just setting yourself up for failure and disappointment." He said it as if it was the most obvious thing there was. "If you get all pumped-up and things don't work out, you might deeply disappointed, maybe even depressed."

"How could I get depressed?" She's surprised. "If I hit a setback, I'll change my approach and keep trying. There's no such thing as failure. Only temporary setbacks. The only way I could fail is to give up, and I'm not going to give up."
"But what if you never succeeded? What if you kept living on hope your whole life and ended up a failure? What good is optimism then?"

"Well, what's the alternative, Nick? Think about it. What's better than optimism? Being unhappy? Never really trying anything challenging because you're afraid of disappointment? The alternative to optimism is pessimism and pessimism is the road to depression."

"Maybe you don't have to be on either extreme, Sherry. Did you ever think of that? Or do you think optimism is better than the middle-ground?"
"I know it is. Optimistic people are happier, healthier, and more successful."
"Who says?"

"Lots of studies have been done on this. And that's what they found out. It's a self-fulfilling prophecy: If you think you have a chance, you'll keep trying. And if you keep trying, of course, you keep increasing your chances. But if you don't think you have a chance in hell, you won't even start, so of course, you can't possibly succeed. If you hit a setback and think it's a small, temporary thing, you'll try to fix it or get past it. If you think it's huge and permanent, you might just give up right there."

Nick has been a pessimist all his life, but he never thought of himself as a pessimist. He considered himself a "realist." This conversation is getting to him. He doesn't know why, but it feels like a cherished religious faith is being attacked. "But," he pleads, "if you're too optimistic, you won't see the bad news coming your way. Pessimistic people actually see reality more accurately. There are some studies that prove that too!"

"Your right. Pessimists see reality more accurately, are more miserable, not as healthy and don't make as much money. Even if I never dropped into a pessimistic mood - and I do once in awhile - but even if I never thought about what could go wrong, optimism would still be the best way to go through life."
"What makes you say that?"

They walked on in silence for a long time. A leaf floated gently down and landed on Nick's shoulder, balanced there for a second, and fell behind him. He never noticed. Finally he said, "Maybe you have a point. But I don't think I could become optimistic. I've been pessimistic my whole life. I don't think I could change."

"That's kind of pessimistic of you, isn't it?" says Sherry, laughing.
Nick gets the irony of it and smiles. "I guess that could become one of those self-fulfilling prophecies," he says.
"Sounds like it to me," says Sherry, putting her arm over his shoulder.
"Maybe I should just give it a try anyway."
"That's the spirit!"
"Hey, you know what? I feel a little better already!"

They walk off into the sunset. Music rises to inspirational tones.

The End.OPTIMISM WORKS. It's a practical, hardheaded, and realistic approach to life. It works better than pessimism. Thinking there's no hope doesn't work at all.

For extra motivation to work at becoming more optimistic, check out Chapter Four of Self-Help Stuff That Works:
Optimism is Healthy

"Even if I wanted to become more optimistic, I couldn't do it. I would try for awhile and then fall back into old patterns." Are you thinking along these lines? Then check this out:
From Hope to Change

Here's a more negative way to be positive, but when you are feeling angry or bitter or jealous or annoyed, this way is often easier than trying to muster a positive attitude directly:
Argue With Yourself and Win!

Sometimes and for some people, physical action works better than mental action for turning a negative attitude into a positive attitude. If that's you, you're in luck! You can behold the power of positive thinking even without trying to change your thinking! Check it out:
A Simple Way to Change How You Feel

Are you single? Would you like to find a good mate for yourself? Then you should read this now:
How to Find a Lifemate

Here's another, completely different and less difficult way to change the way you feel right away:
Brighter Future? Sounds Good!

Vocabulary Raises
Take the Sting Out
The Bad Apples 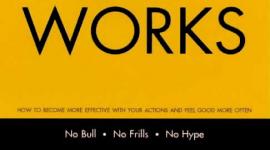 The Biggies: Article Table of Contents

Are You The One?

Thinking Clearly Together is Your Greatest Strength